Elder High super-fan welcomed back to sidelines after ICU stay 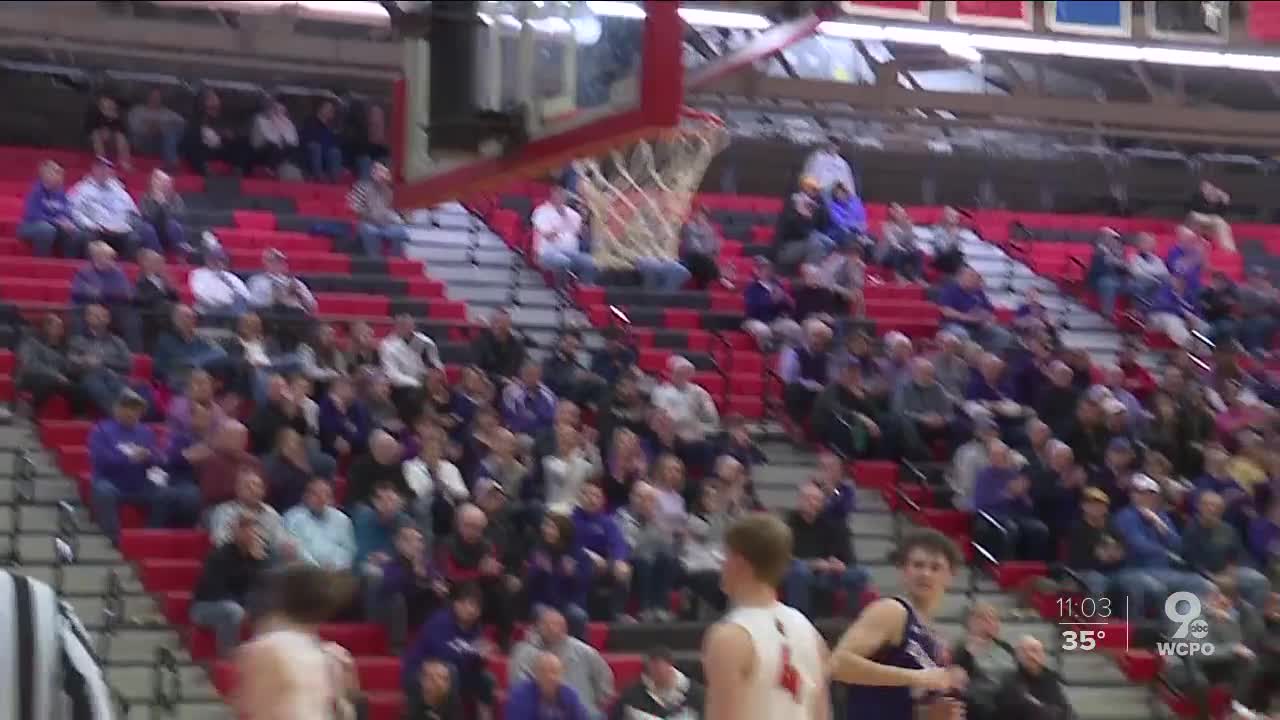 Elder HS super-fan welcomed back to sidelines after ICU stay CINCINNATI — After one of their biggest fans spent two and a half weeks fighting for his life in the ICU at Cincinnati Children's Hospital, student athletes at Elder High School rallied hard for him. Saturday night, Jeffrey Wolber took his usual spot on the sidelines as the Elder Panthers, clad in "Jeffrey Strong" t-shirts, took on the Anderson Redskins.

"It also goes to show just how big a role Jeffrey plays in this part of the community," said Sam Harmeyer, a senior at Elder High School who plays football and runs track.

When Jeffrey missed his first game at the end of January, it didn't go unnoticed by the students who were used to seeing him on the sidelines, cheering on the team. Everyone took notice Saturday, too, when Jeffrey made his triumphant return after he was released from the hospital.

Jeffrey has spina bifida, and was rushed to Cincinnati Children's in January in critical condition. He battled a respiratory infection in the hospital and fought for his life for two and a half weeks. The illness meant Jeffrey missed his first Elder basketball game in years.

"It hit home when he wasn't at the end of that bench," said Kevin Espelage, athletic director at Elder High School. "To not have him around was surreal."

The team and school community prayed for Jeffrey's recovery and rallied together behind the catchphrase "Jeffrey Strong," determined to support someone who'd always been there to support their teams.

"I just got so emotional, seeing all the different posts," said Greg. "People are just unbelievable. It came from the bottom of our hearts, our whole family was just so deeply moved that so many people were concerned for Jeffrey's health and welfare and noticed that he wasn't there."

The Wolber family said they are thankful Jeffrey is better, and they're happy to get back to normal -- with Jeffrey in his normal spot at the end of the players' bench. The team was thrilled to end the game the way they always have: Shaking his hand after the buzzer rang.

"It's awesome," said Tommy Thamann, a senior at Elder who plays football and baseball. "All the prayers and everything works. It's amazing what the Elder community has done."