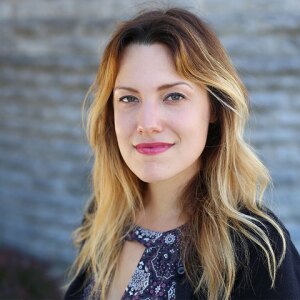 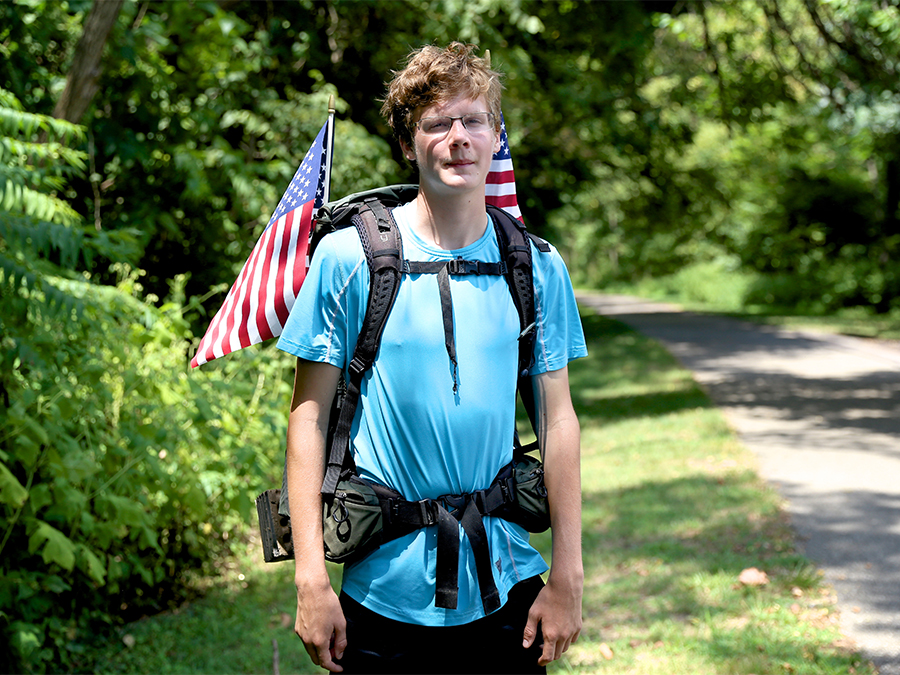 Lucas Smith, 18, is the youngest person on record to solo-through hike the Buckeye Trail. 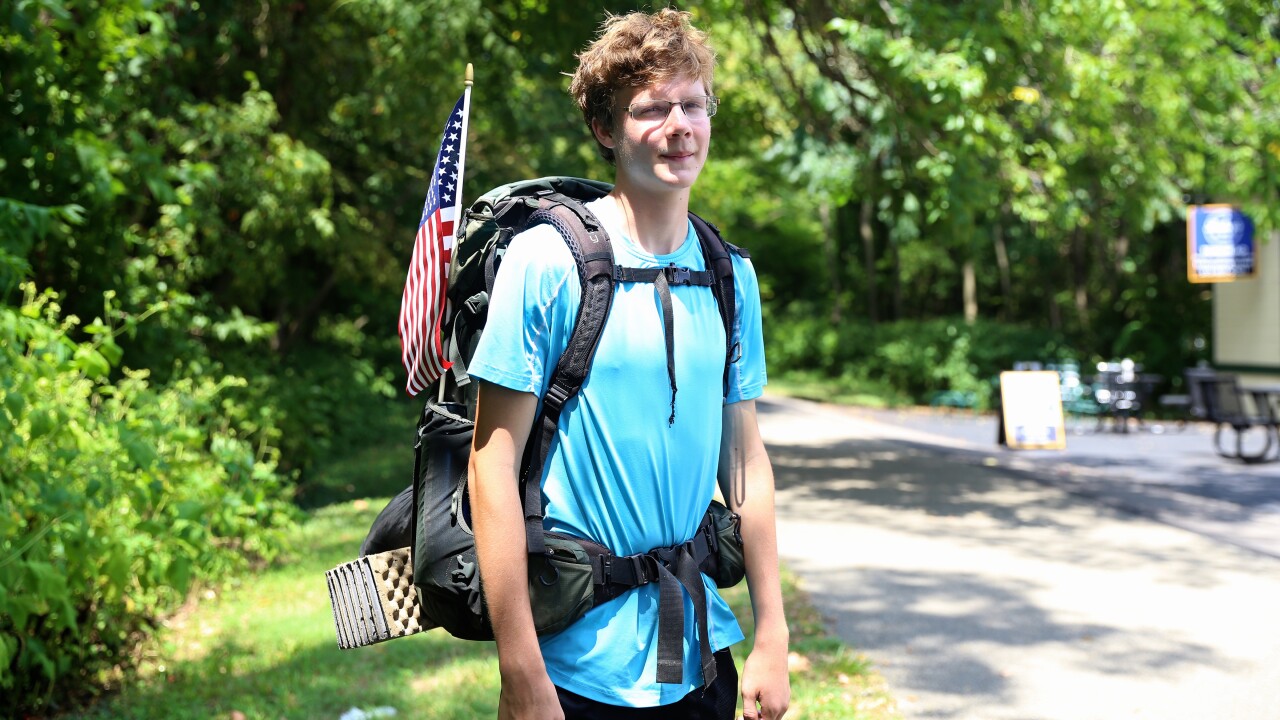 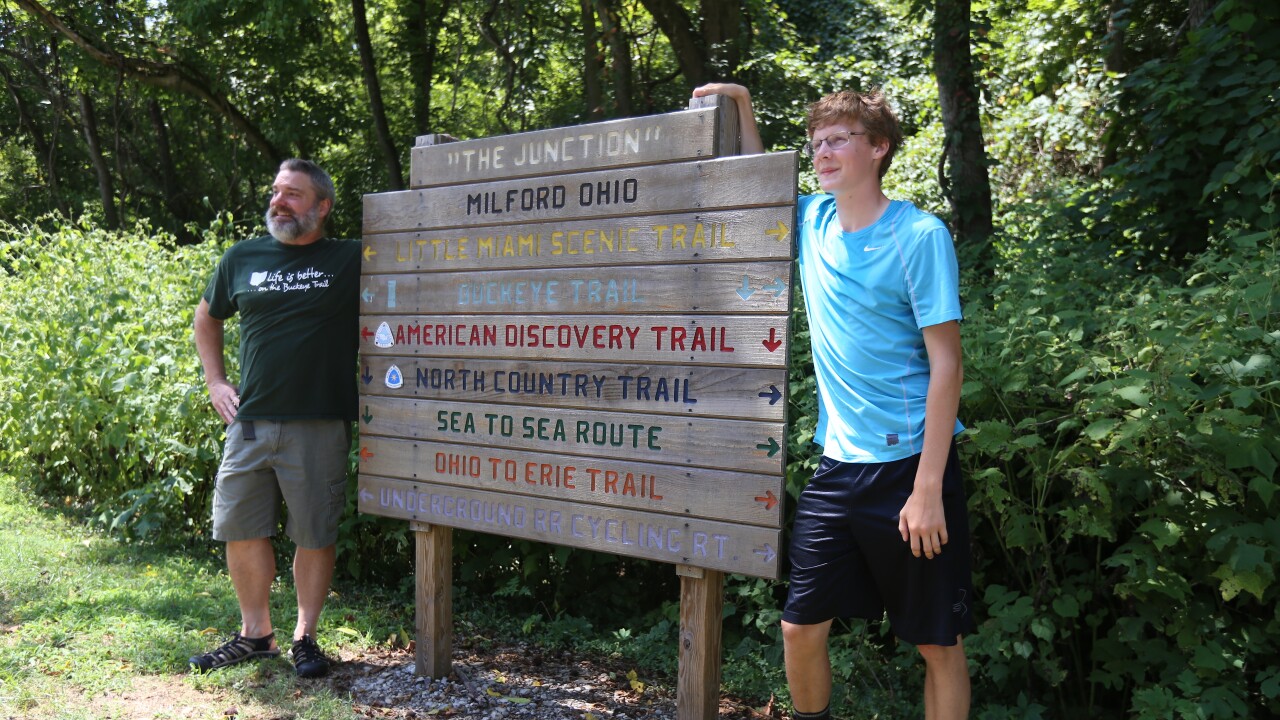 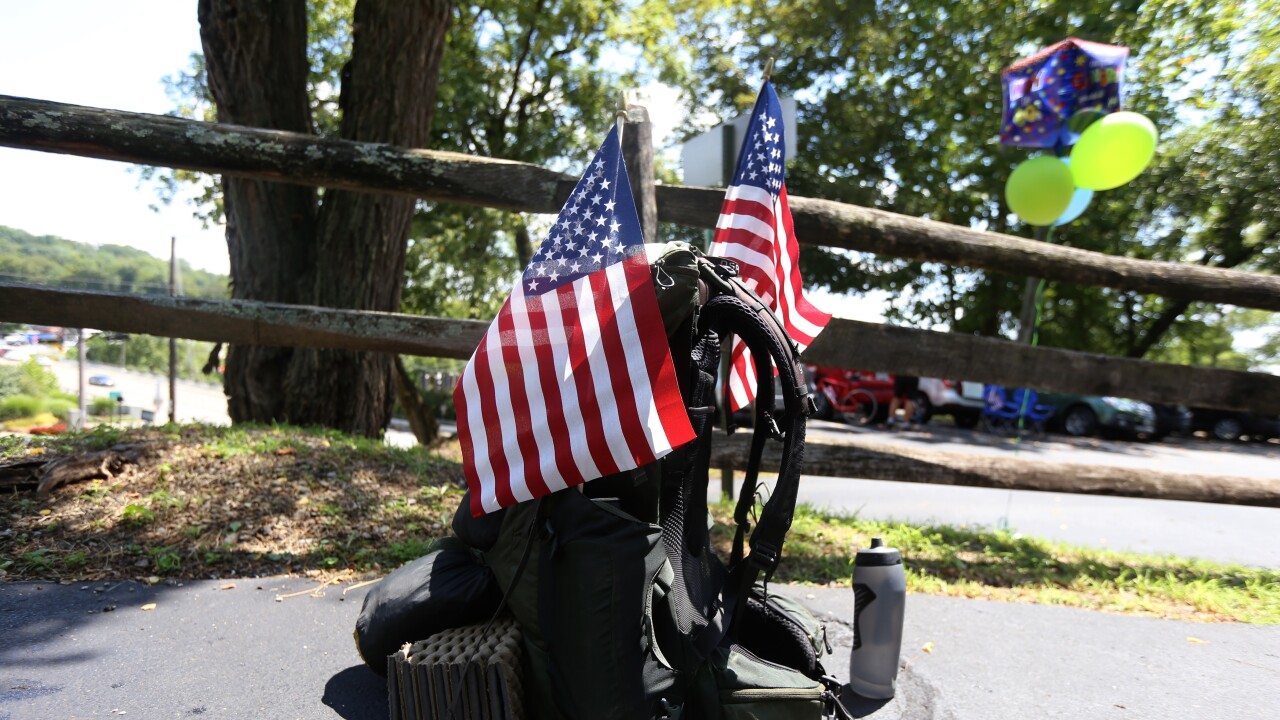 CINCINNATI — After a long day of hiking, Lucas Smith was set up to rest at a campsite in Dayton when he heard sirens go off and saw lightning so bright, it looked like a flashlight was illuminating his tent.

He checked the weather radar on his phone, abandoned his belongings and sought shelter.

“I ran to this house nearby, and I ran barefooted to this house. I just opened their door and said, ‘Let me in!’ But they were chill, they’ve seen that before. It was just a couple of dudes watching the weather report on TV,” said Smith.

He waited out the storm and returned back to a flooded tent and soaking-wet sleeping bag. The next day, Smith learned that tornadoes had swept through the area where he camped.

Watch above: Lucas Smith walks his final steps on the trail and talks about his experience.

At that point in time, Smith was only a few weeks into his 1,444-mile journey along the Buckeye Trail, which connects all four corners of the state of Ohio.

He’s the youngest person on record to solo-through hike the trail in its entirety; he completed it in two and a half months. He started the trip on May 22, 2019, just three days after his graduation from Sycamore High School.

“Most summers I’m in my room all day playing video games. So I just wanted to do something cool,” said the 18-year-old.

Figuratively trading in a game controller for a pair of hiking boots, Smith’s summer turned out to be anything but ordinary.

“I just wanted to have an adventurous summer,” he said.

Smith discovered the Buckeye Trail while doing online research on hiking systems in the United States. He started at the trailhead in Eden Park, which is the southern terminus of the Buckeye Trail and where most through-hikers start their route. The trail is a mixture of terrains that range from busy roads and farmland to hiking trails and woods.

Smith initially told his parents he wanted to hike from Delaware to San Francisco on a 5,000-mile trip. While they supported his dream, they were relieved he decided to stay closer to home for his first solo journey.

“He decided to scale down and do the Buckeye Trail, which is obviously closer and we’d be within three or four hours of anywhere he would be,” said his father, Dave Smith.

“Of course as parents, you have your reservations, you’re proud of him making the journey, but you don’t know how it’s going to go,” said Julie Smith, his mother.

The Smiths said they felt confident about their son’s trip after learning he sought help during the storms in Dayton.

“He made it through the tornadoes, all the rain that we had, the heat, so a lot of weather conditions, and losing his phone. He has a lot of common sense, and he’s very adaptable,” said Julie Smith.

Smith kept a GPS tracker on at all times, regularly checked in with his family and made daily Instagram posts about his journey to keep them informed of his whereabouts.

In addition to the elements, Smith also encountered bears, bobcats, snakes and other wildlife along the trail, but he said he was never scared: “They’re probably more scared than I am of them.”

But the most memorable moments on the trail involved the people he met along the way, Smith said.

“I never knew who I was going to meet. A lot of people helped me out on the trail. I couldn’t have done this without people helping me,” he said.

Andy Niekamp of the Buckeye Trail Association helped connect Smith to some of the “trail angels” along the way. Niekamp was the first person to solo-through hike the Buckeye Trail in 2001. He wrote a book about his adventures titled “Captain Blue on the Blazes,” and he has been an advocate for the trail ever since.

“He met some of the same people that I met along the way, and every Buckeye Trail through-hike is unique and different, so he had some of the similar experiences. But he got to see some things and do some things that I didn’t, like camping out during a tornado,” said Niekamp.

On Aug. 7, after 79 days — with a few days of rest here and there at home due to blisters — and two pairs of hiking boots later, Smith only had 12 miles to go. The last stretch was from Batavia to Milford.

Family and friends waved miniature American flags as they waited in anticipation at the trailhead. When they saw his silhouette approach the bridge that connects downtown Milford to the trail, they began to cheer.

When Smith took his final steps on the Buckeye Trail, his father opened a bottle of champagne to celebrate. But Smith opted for a water bottle, as he threw down his 30-pound pack to the ground.

“It’s a huge accomplishment. We couldn’t be prouder,” said his father.

Smith is taking a break from school before figuring out what to do next, but his time on the trail taught him more than he expected.

“I learned I could walk 1,400 miles in 79 days, I became more social talking to other people, which was cool. I like meeting people, people helping me out, but I just realized that if I can do this, I can do other trails,” he said.

As far as the rest of the summer, he plans to rest his feet and let his poison ivy rash heal.