Residents call it 'intense' and 'scary' 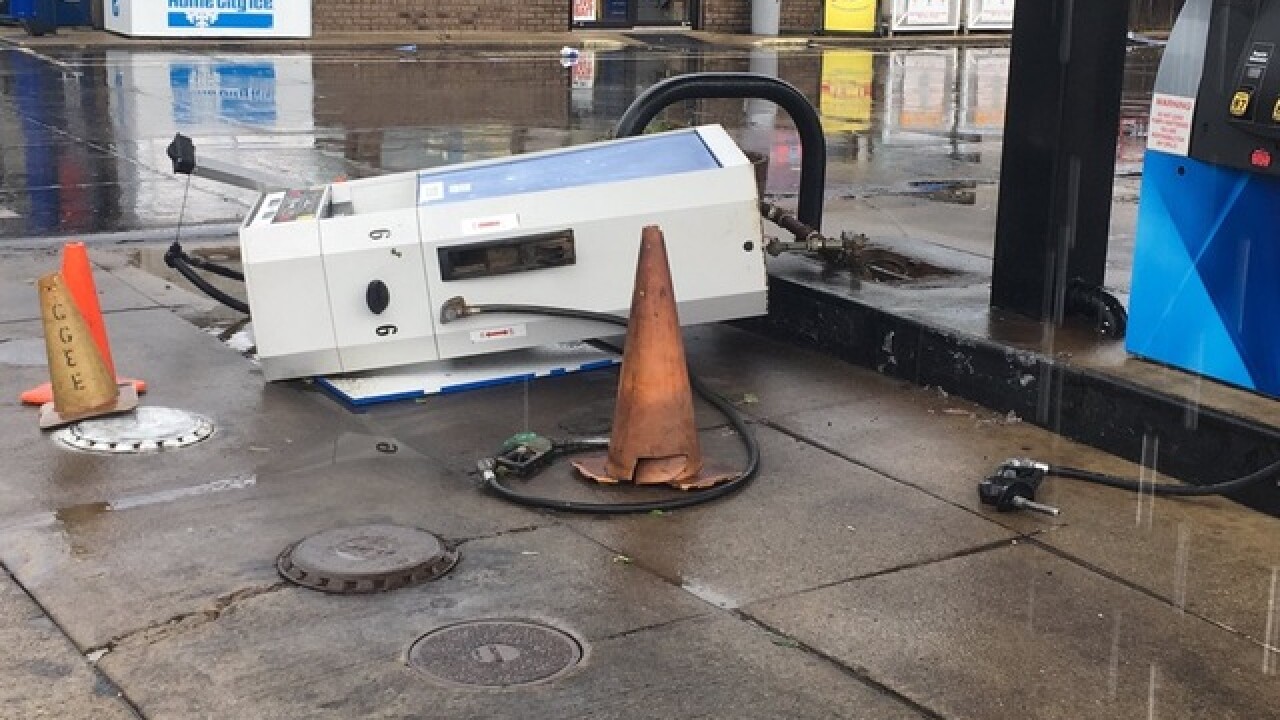 SARDINIA, Ohio  -- It was a "weak" tornado that hit this Brown County town Wednesday morning, according to the National Weather Service. But that doesn't mean it wasn't scary for residents.

Raymond Smith said he was outside at the time and the wind was rough.

“Next thing I know the wind started picking up and pulling trees up. I was getting pulled up, too, so I ran inside. I mean, we live in a mobile home. It was just intense,” Smith told WCPO.

When it was over, Jamie Neal, who lives a block from the heart of town, Sardinia-Mowrystown Road, came outside and surveyed the debris.

"I wasn’t expecting this," she said. "I thought maybe some wind and rain. Crazy. Crazy. Scary."

Her kids were "freaking out," Neal said.

"My oldest is at school and she’s texting me like, 'I'm scared.' They were on lockdown.”

Damage was limited and no one was hurt, but the storm left its impact. On Sardinia-Mowrystown Road, it knocked over a gas pump at the Sardinia Fuel Mart and ripped off the awning, tossing it behind the building. Other debris was scattered several blocks up the road.

WATCH residents' reactions to the tornado in the video player below.

The small tornado was detected at 11:16 a.m., according to the NWS.

After conducting a storm survey, meteorologists from the NWS Wilmington office rated the tornado EF0 on the Enhanced Fujita Scale with an estimated maximum wind speed of 75 mph.

The NWS report says it touched down on the west side of Sardinia near Highway 24B/Tri County Hwy and moved northeast through the town, ending near Highway 32/Appalachian Highway/.    "Damage was consistent with than of an EF0 tornado ... with minor structural damage to sheds and porches ... and trees snapped off," the report said.   "It is estimated the tornado was on the ground for one to two minutes."

The tornado had a maximum path width of 100 yards and was on the ground for 1 mile.

Several miles away in Mt. Orab, there was no tornado, just flood water.

“The next thing you know the whole parking lot was flooded,” said Alice Whitton, who was working at the Country Inn Restaurant.

Her son, CJ Yeats, took off his shoes to wade to the cars and move them to drier ground.

“He works here, too, and all the girls know he’ll do anything in the world for them, including wading through water,”  Whitton said.

In Adams County, heavy rains took a toll on roadways and front yards. In Peebles, parts of Main Street were covered in standing water.

“I don’t know if it's a drainage issue or it just rained so much it couldn’t keep up,” he said.

Carson says he has lived off Main Street for a little more than a year and had never seen flooding like this.