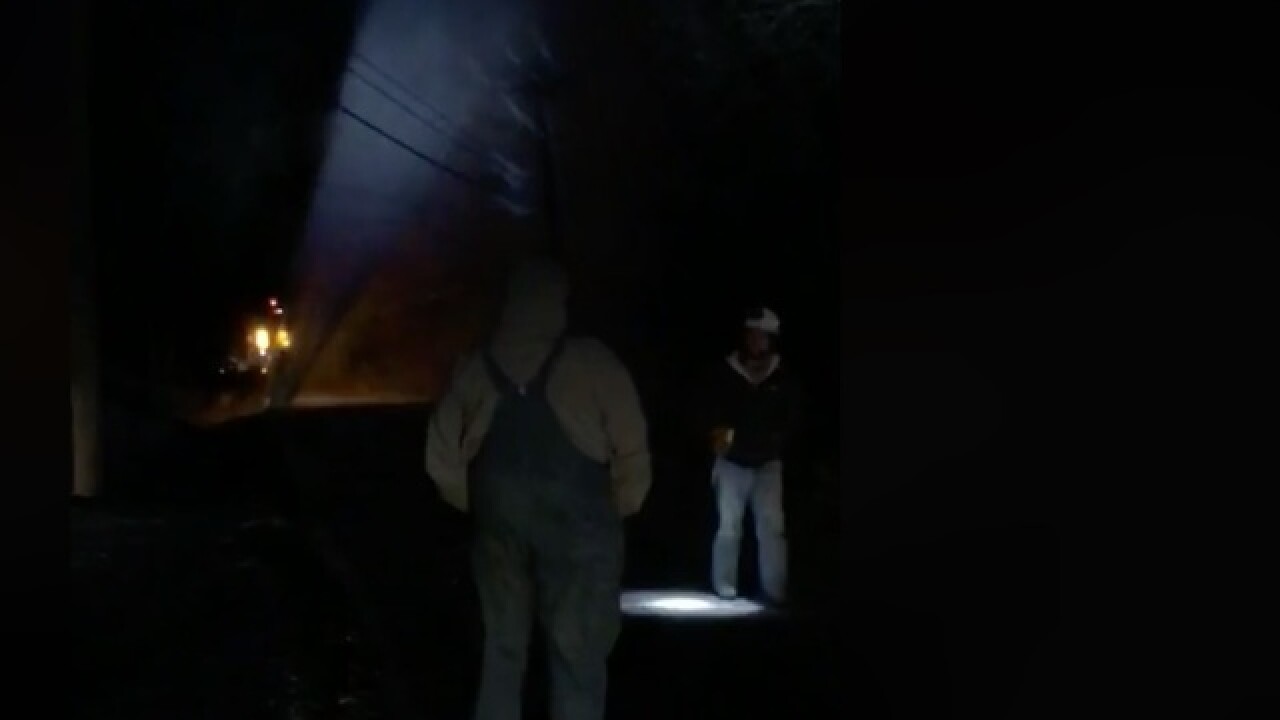 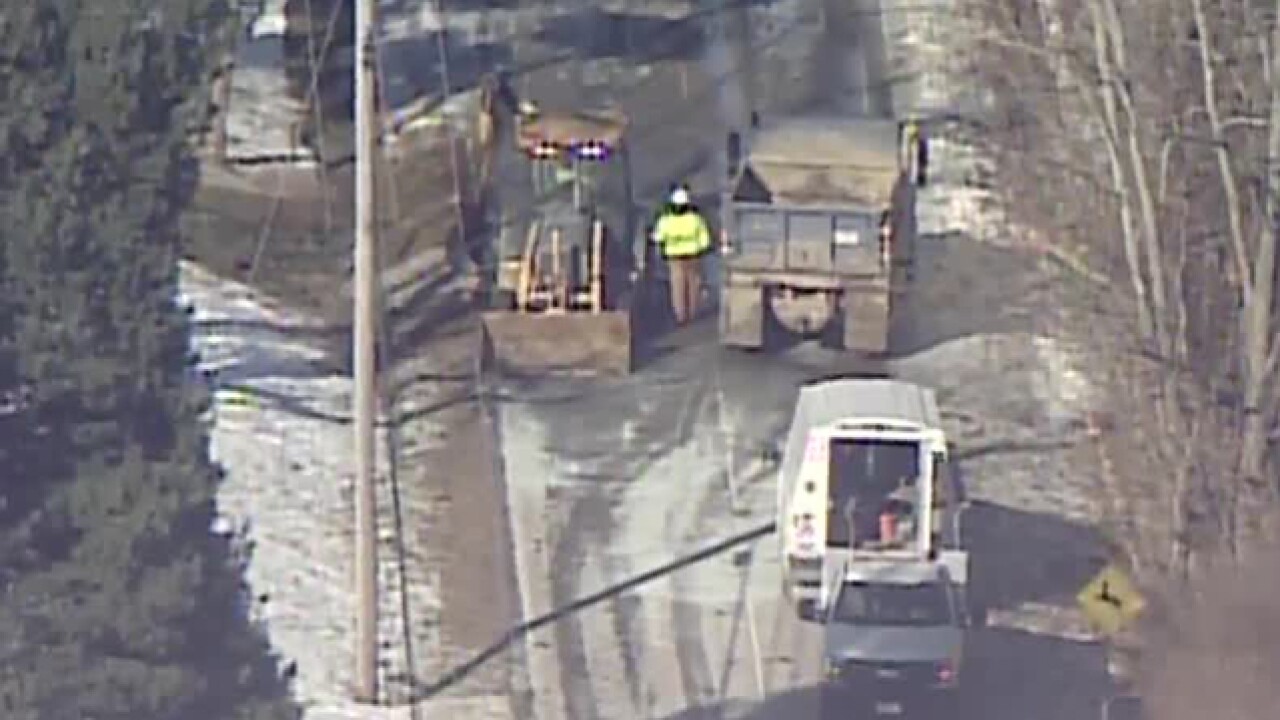 BELOW: Chopper 9's view of the water main break

Crew members on the scene said the road will likely be closed through Friday afternoon. The road looked "like an ice skating rink" with spewing water quickly freezing into a sheet of ice. Our reporter on the scene said water shot at least 60 feet in the air for nearly two hours.

VIDEO: This is one of the craziest water main breaks I've ever seen. The water was shooting 60 feet in the air for about 2 hours. The ice on the lines is crazy...https://t.co/0uukM8rYOa @WCPO pic.twitter.com/j9AwHyq1qo

Less than an hour later, a second water main broke on Johnson Road between Harrison Avenue and Reemelin Road in Green Township.

At 6:33 a.m. Friday, Taylor Mill police reported a "significant gas leak" on Kollman Road. Police advised drivers to "use caution in the area."

Gas line and water main breaks throughout the Tri-State were the cause of several school closures earlier in the week. By Friday, nearly 150 schools closed -- but many cited bitter cold temperatures as the main reason for the closures.