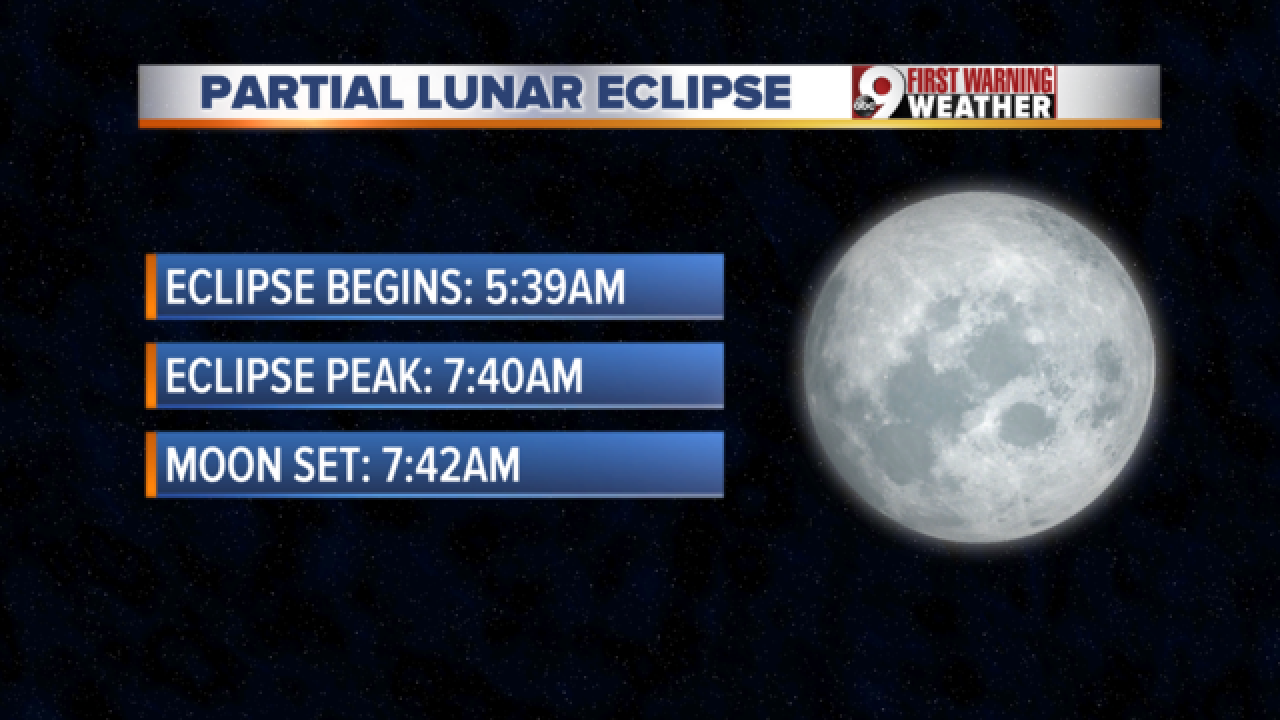 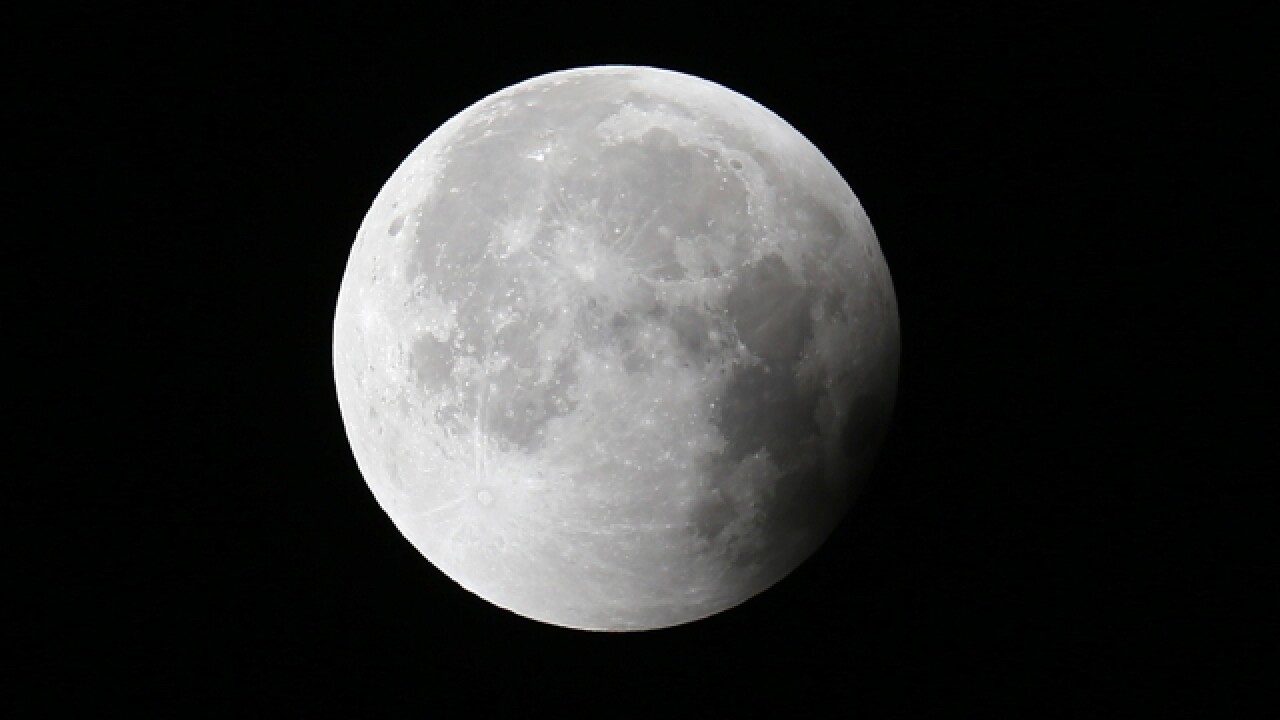 CINCINNATI -- As you get ready for your busy Wednesday morning start, we want to let you know about a partial lunar eclipse that will be visible here in the Tri-State!

Starting at 5:39 a.m. Wednesday, the eclipse will begin. You’ll see the full moon start to get a little dark on the southwest side. This is the Earth’s shadow as we pass through the sun and the moon. The moon will continue to get darker and darker as the minutes go on.

Unfortunately, this won’t be one of the total lunar eclipses that give us the blood red/orange glow as it goes into totality. This is a partial lunar eclipse, so we’ll only see a portion of the moon’s surface get covered by the Earth’s shadow.

Another issue for us is timing: This will occur as we head toward the moonset.

The moon will drop below the horizon as we head toward 7:42 a.m.; this is also the time that the Earth’s shadow will cover the largest area of the moon’s surface, with the peak of the eclipse expected to be at 7:40 a.m.

At this same time, we’re heading for sunrise, which will make it harder to see the partial eclipse.

So if you are free Wednesday morning, head to the tallest peak in your area and look toward the western sky. Skies are forecast to be partly cloudy, so hopefully, we’ll stay clear enough to see the partial lunar eclipse!