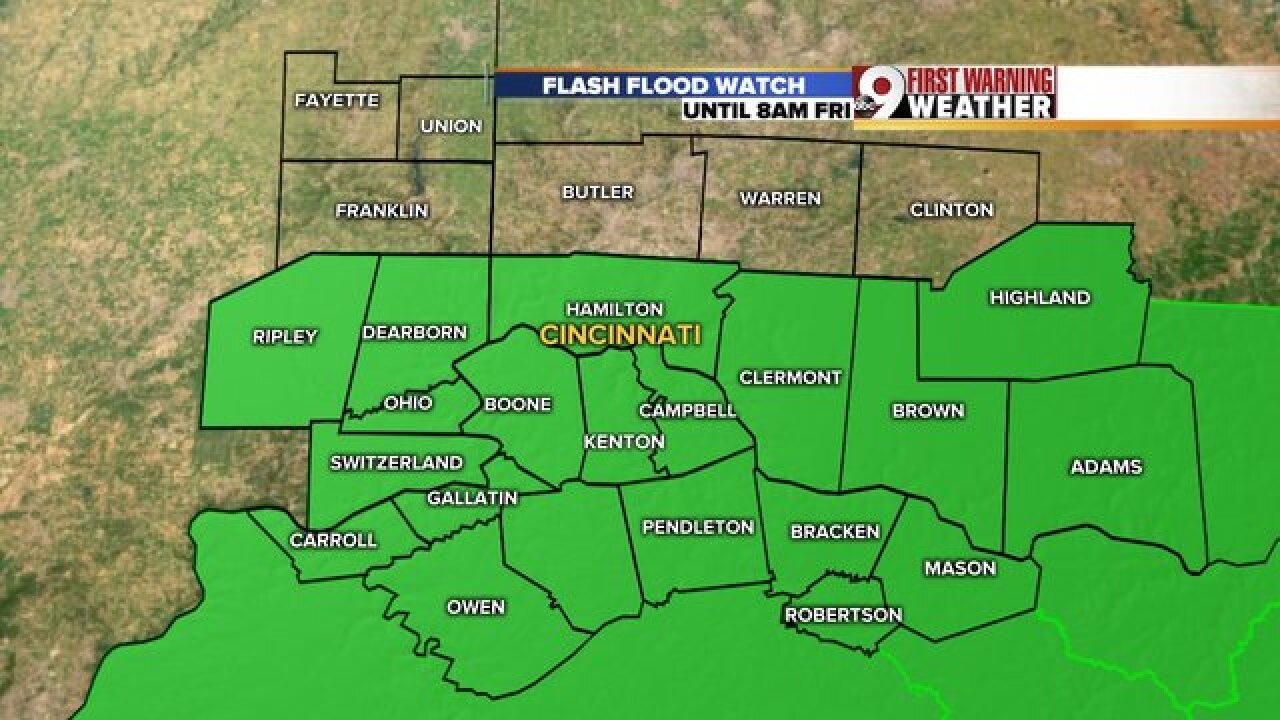 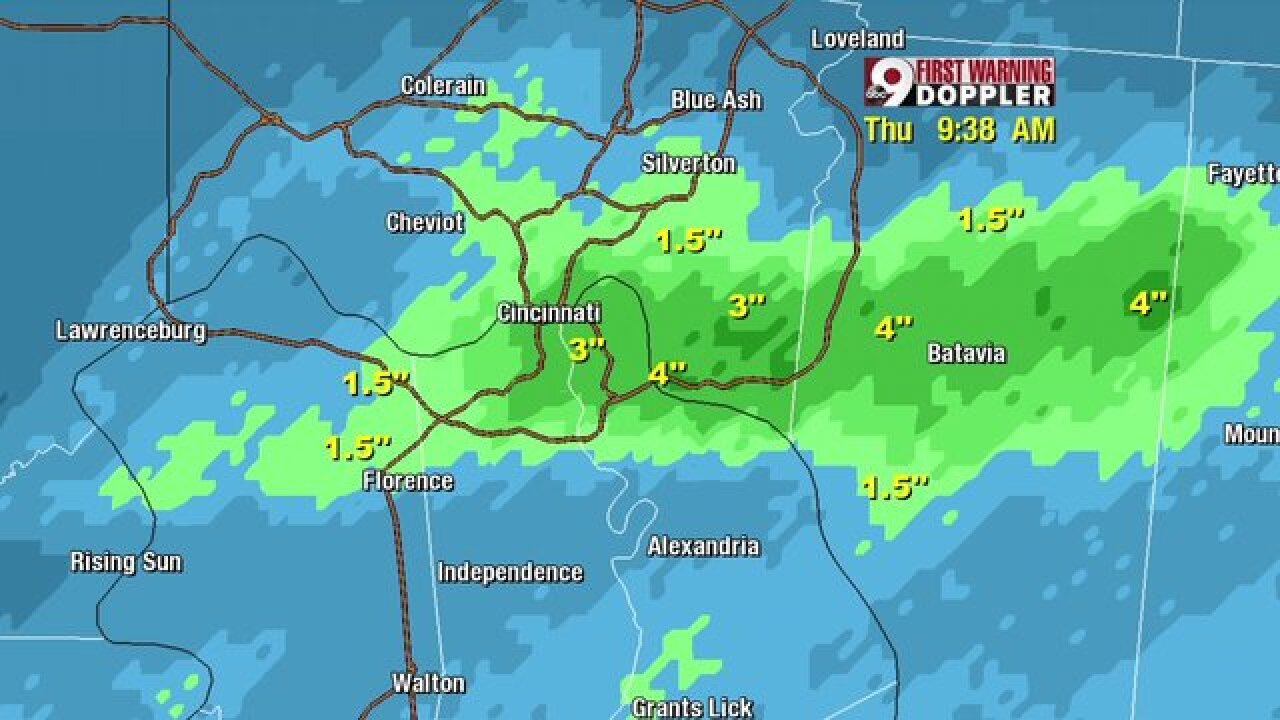 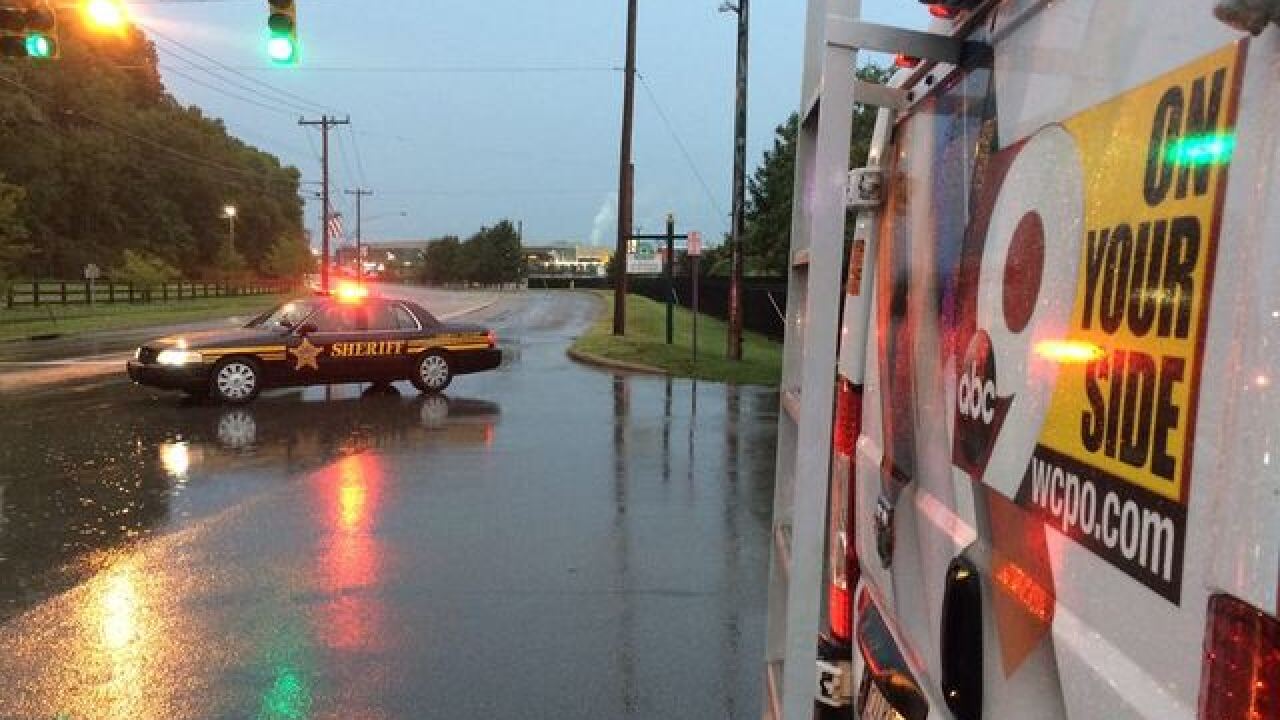 By 9 a.m. Thursday, a 101-year-old weather record had fallen in the Queen City. The official weather station for the city at Cincinnati/Northern Kentucky International Airport recorded a total of 1.46 inches of rain, breaking the previous record of 1.43 inches from 1915.

Heavier amounts fell north and east of Cincinnati, with 3.47 inches reported at Lunken Airport and 4.49 inches in Anderson Township.

A flash flood watch remains in effect for most of the Tri-State until 8 a.m. Friday, including Adams, Brown, Clermont, Hamilton and Highland counties in Ohio; Dearborn, Ohio, Ripley and Switzerland counties in Indiana; and Boone, Bracken, Campbell, Carroll, Gallatin, Grant, Kenton, Mason, Owen, Pendleton and Robertson counties in Kentucky.

When issuing the flash flood warning at 5:20, NWS estimated 1.5 to 2.25 inches of rainfall had already fallen across the area with predictions of an additional 1 to 1.5 inches Thursday morning. More than four inches fell in some areas around Greater Cincinnati by 8 a.m. See rainfall totals in the image below.

Latest totals. Unreal that 2.33" of rain fell in ONE hour at LUK. No wonder we had flash flooding. @wcpo #cincywx pic.twitter.com/PFRwPjGzBp

Look at the pavement washed away by the flash flooding on Sutton. @WCPO pic.twitter.com/rcR92DKIFy

Flooding stranded motorists around Kellogg Avenue and Sutton Road near Coney island as crews made rescues of at least six different vehicles. The Fort Thomas exit off I-471 was closed and travel across the Brent Spence Bridge was especially slow due to flooding.

By 6 a.m., about 1,600 Duke Energy customers were without power , with the majority centered around Fayetteville (Brown County) and Midland (Clinton County).

Heavy rain still won't give up in #Cincinnati at 5:55AM. Flash flooding is being reported, be safe! @wcpo #cincywx pic.twitter.com/eDbpxtSy6j

Flooding on Kellogg Ave near Coney Island, this part of town is prone to flooding. @WCPO pic.twitter.com/xCYrfdVxap