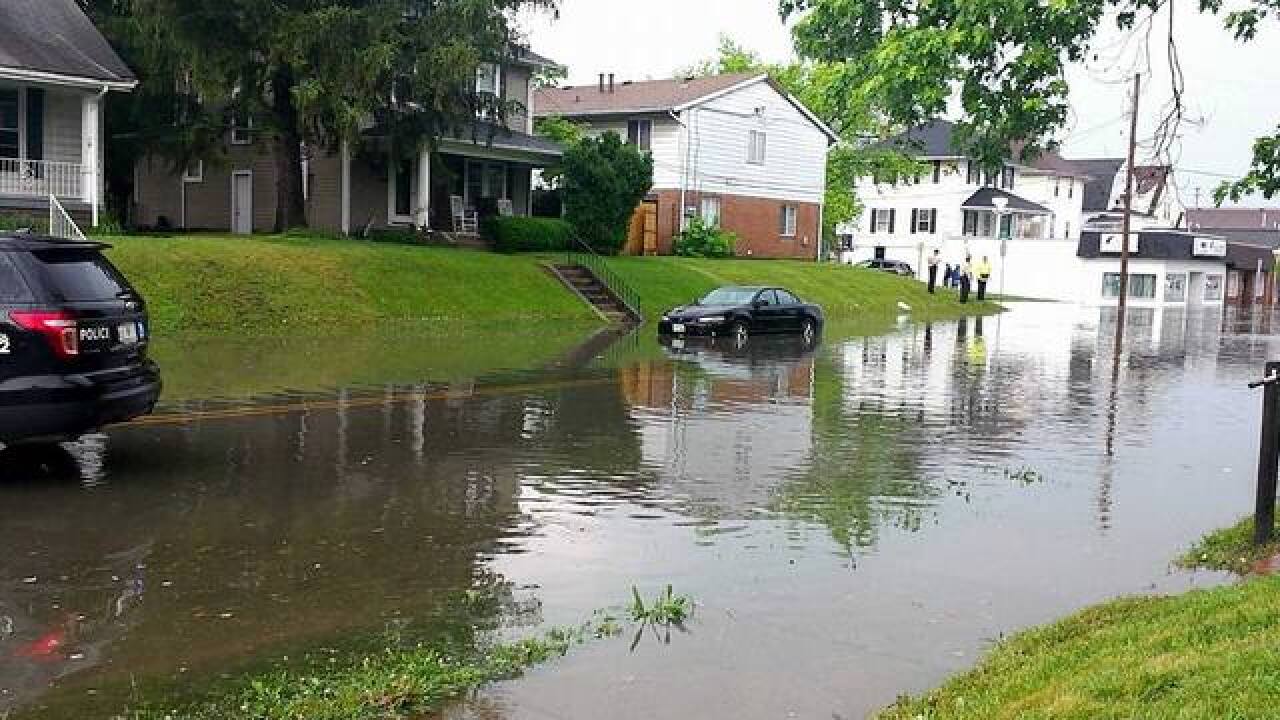 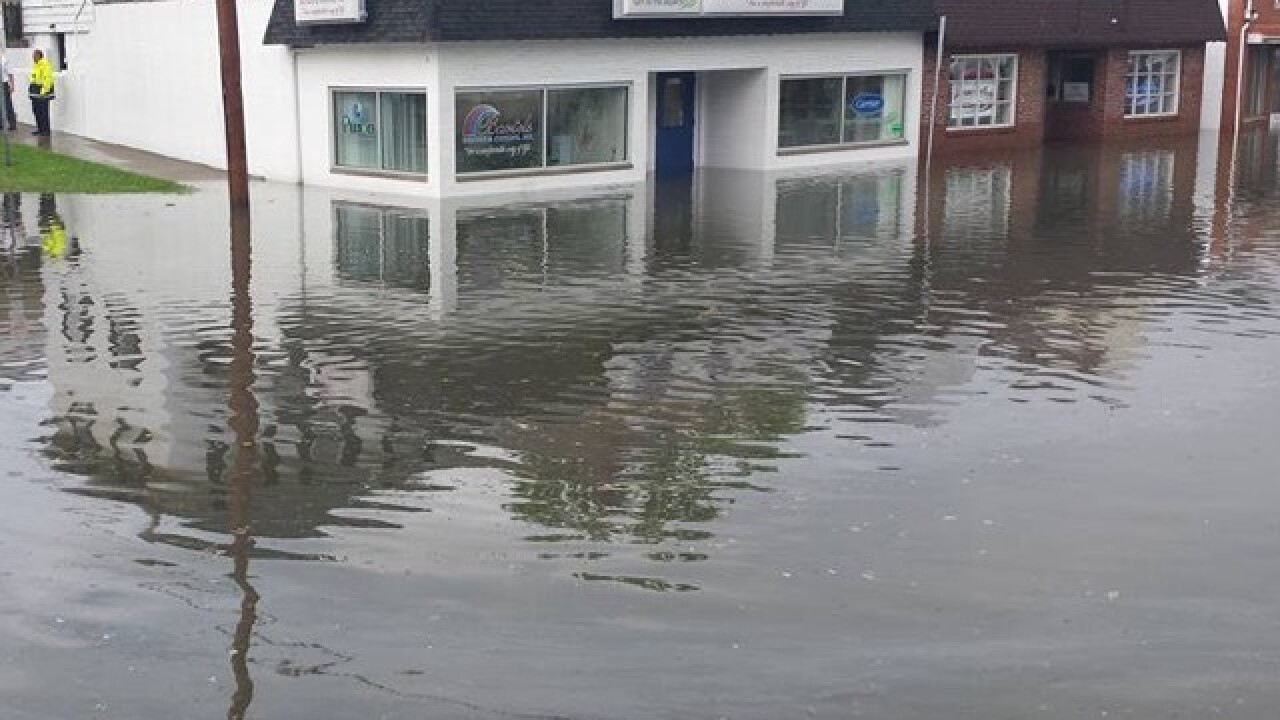 Main Street near Lawn Avenue was hit hard, and many of the businesses closed early for the day. Employees at Sign Addiction, a print shop, used vacuums to suck up the water. They tried to use use a pile of T-shirts to stop the water but still got soaked.

"The rain just started coming in, so we took shirts, we started putting them in the hole, and it was still just coming in, coming in," Kaylyn Settle said. "So we have a drain in the back, and we were trying to push it to that, but it just kept coming."

Jamie Bowling, who owns Sign Addiction, said she spent $500 just between a new Shop-Vac vacuum and sandbags. Her entire shop was destroyed, she said.

"I had to call customers and cancel jobs that are due tomorrow because I can’t do anything currently," she said.

Stylists at Michael's Salon said they were working on clients and others waiting when the flooding began.

"All of a sudden, it just comes rushing in, and before you know it, the whole shop is full," Ashley Gattone said.

Butler County workers shut down the street and used a pump truck to get into the drainage lines. Some business employees went to a Dollar General store to buy fans to help their shops dry out.

According to the city of Hamilton, crews worked through the evening to deal with debris on streets, missing manhole covers and plugged catch basins and sewer pipes. Anyone who has an issue related to the downpour should call 513-785-7550.