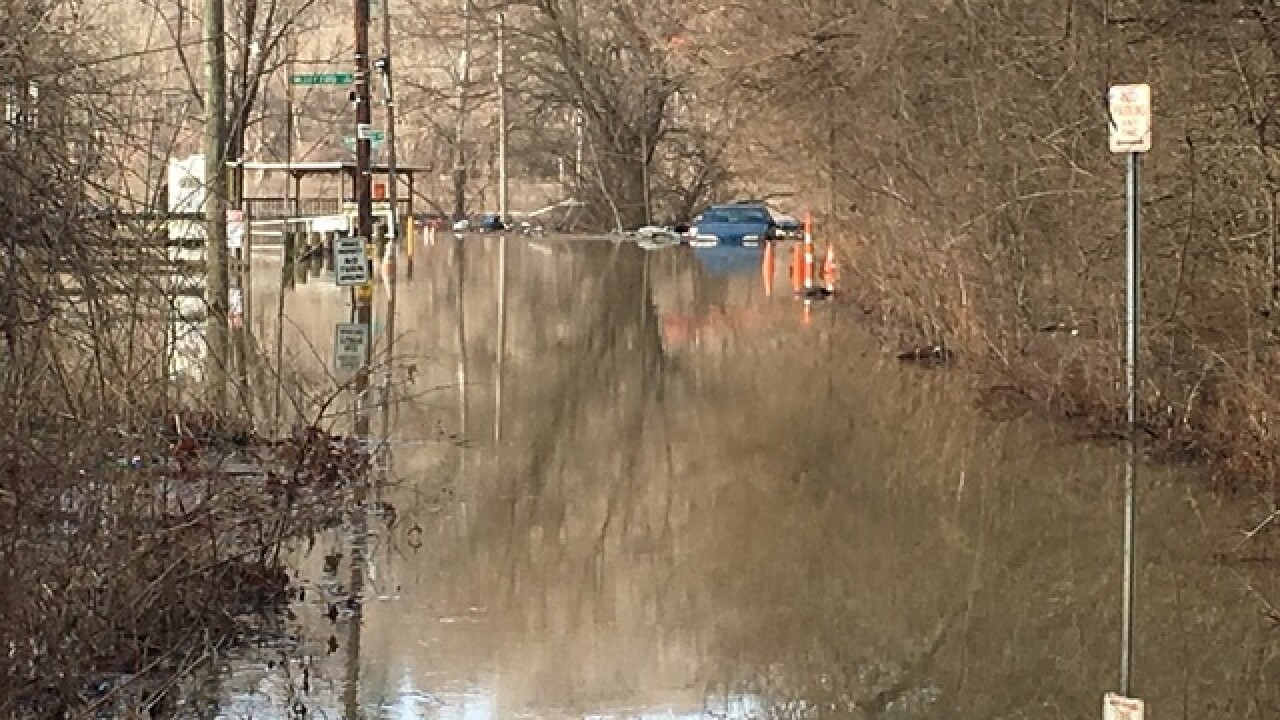 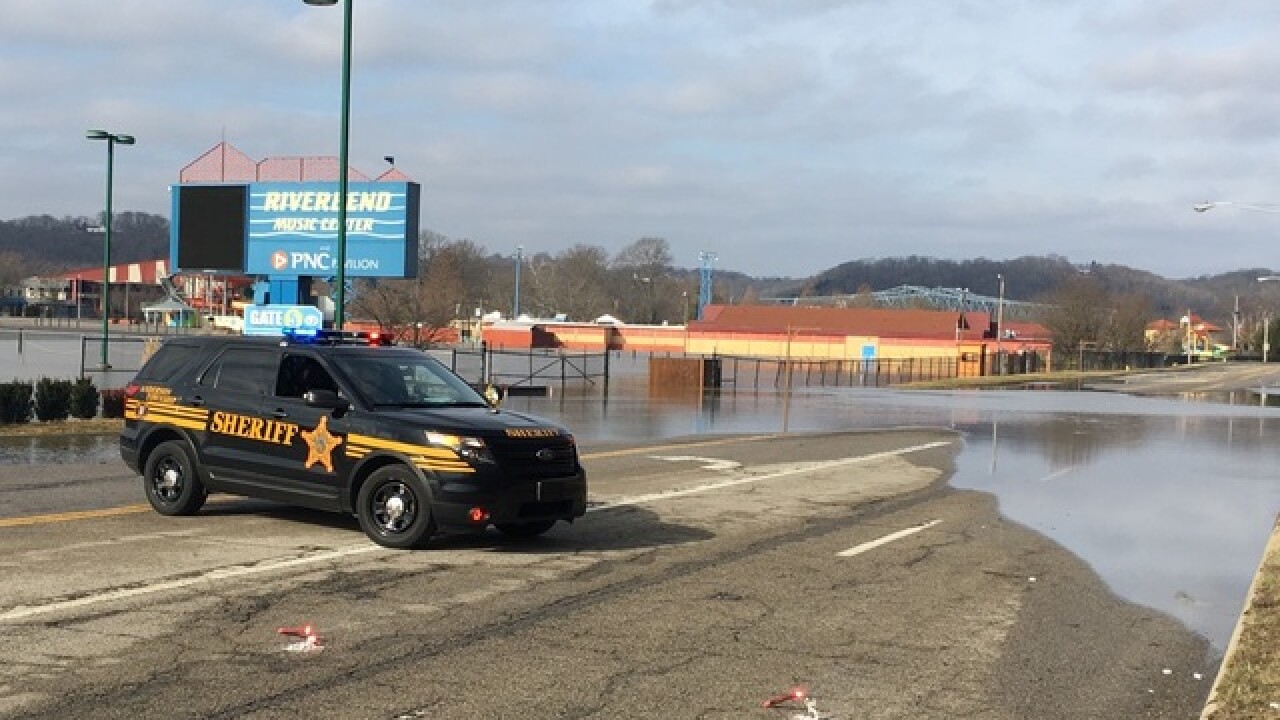 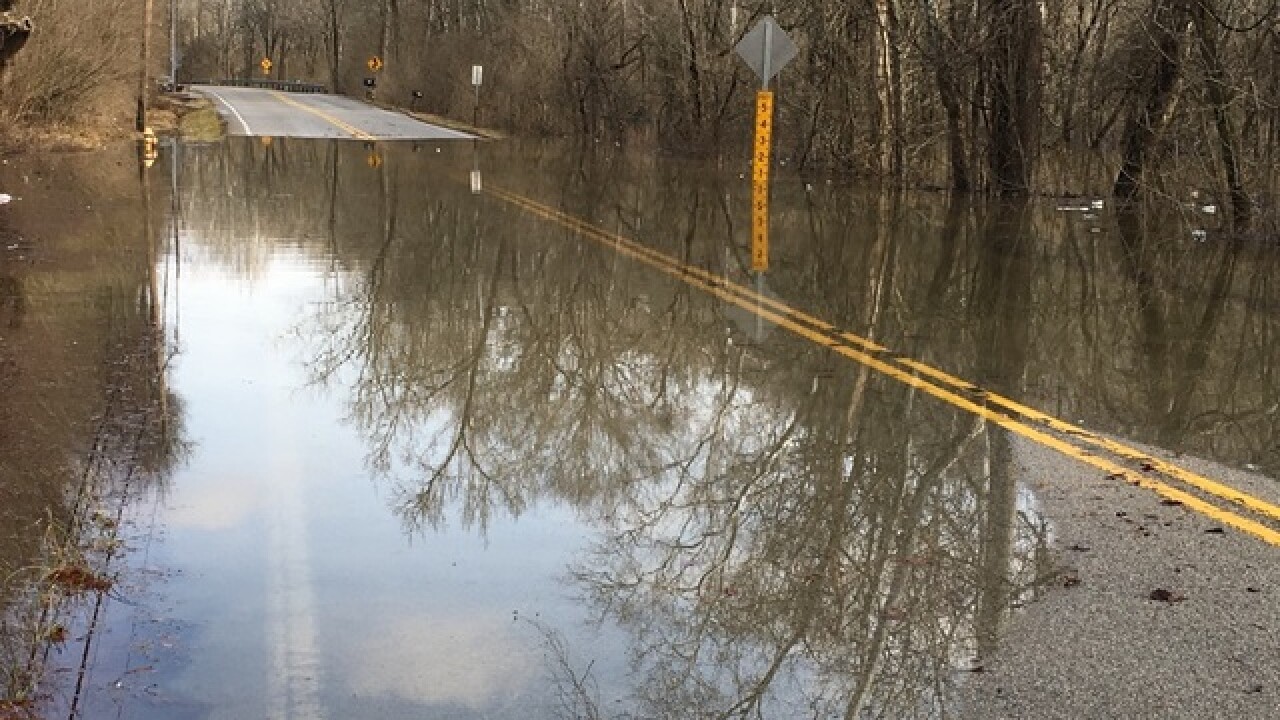 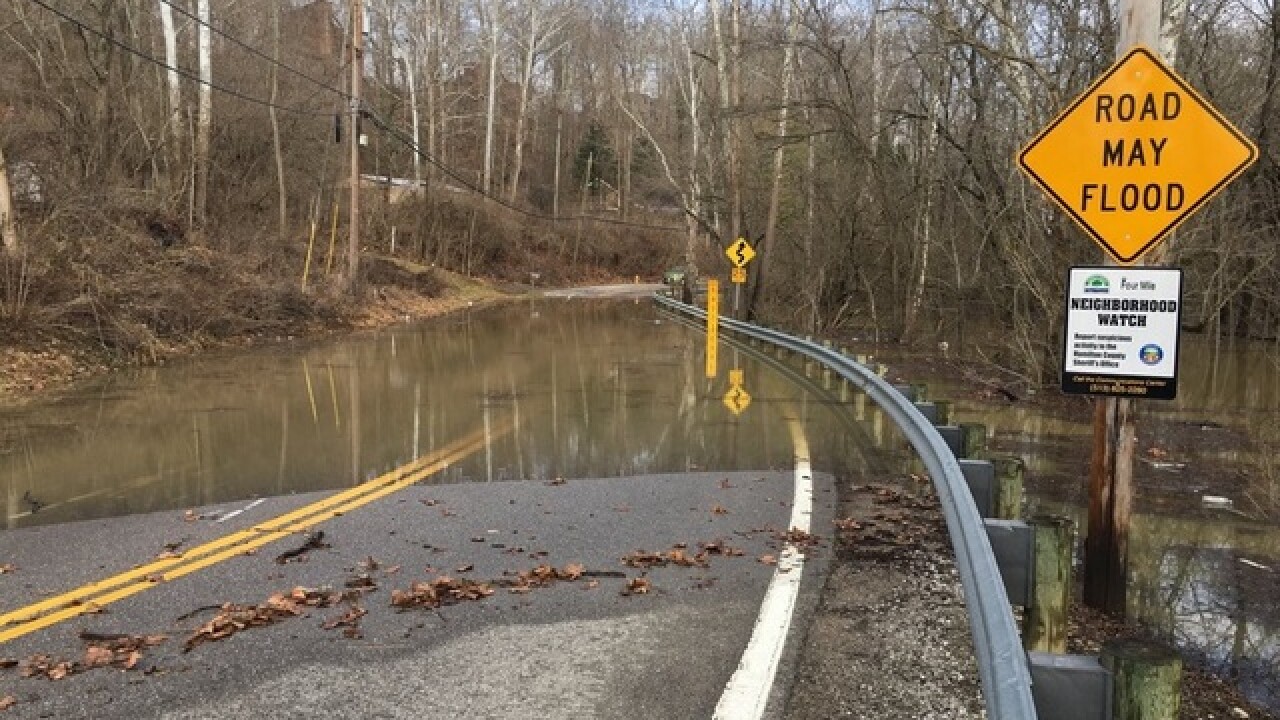 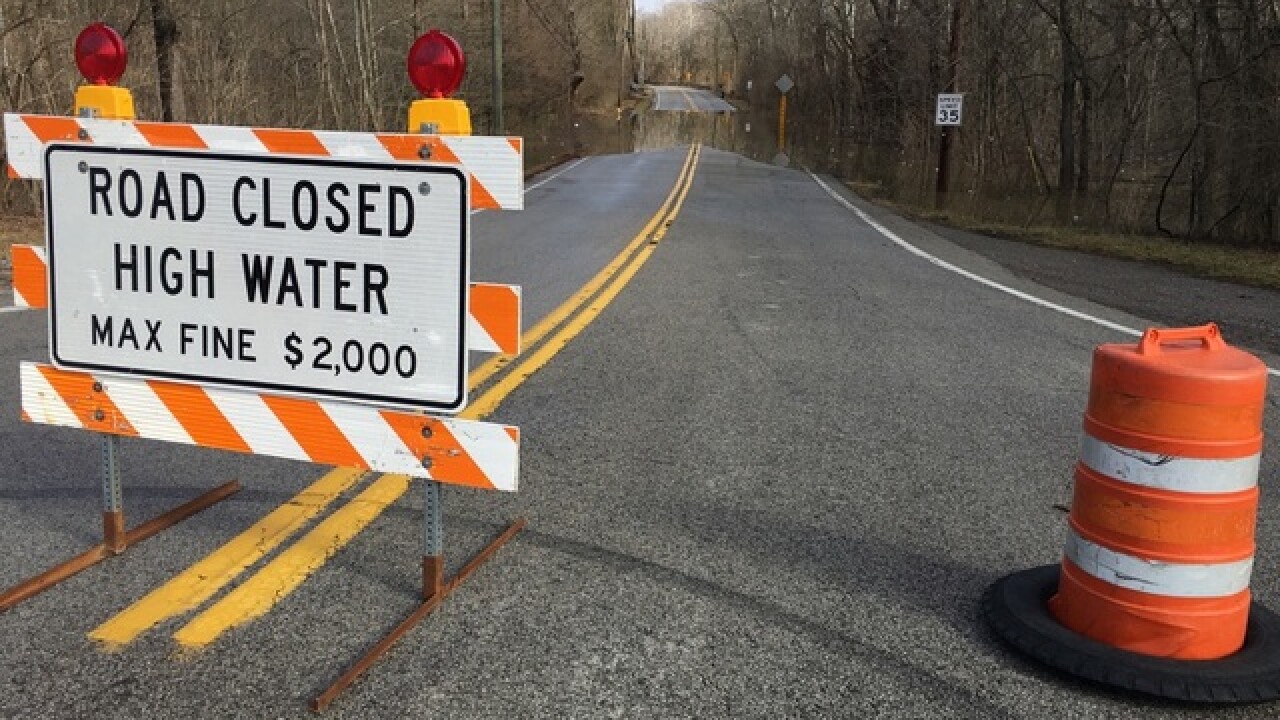 Editor's note: A prior version of this story misidentified the agency in charge of the Mill Creek Barrier Dam; WCPO regrets this error.

CINCINNATI -- The National Weather Service has issued a Flood Warning for the Ohio River at Cincinnati from late Sunday until early Friday, and at Meldahl Dam from Monday morning to Thursday morning.

READ MORE: Your latest forecast
RELATED: Why you should never drive on flooded roads

Affected areas: At stages near 56 feet, widespread backwater flooding along creeks  and streams occurs, with Route 8 in Kentucky, Route 56 in Indiana and  both Route 52 and old Route 52 flooded in areas. Backwater flooding also affects Anderson Township, flooding numerous roads and basements. Locations most affected include low-lying areas near New Richmond, the East End, California, and Anderson and Pierce townships.

Affected areas: At stages near 54 feet, Route 52 and State Route 232 near Point Pleasant, Ohio are covered with water. Backwater flooding near the river worsens in Clermont, Brown, Bracken and Pendleton counties.

In Covington, the city of Covington installed the Madison Avenue  floodgate Monday morning. Riverside Drive is closed to traffic and the Madison Overlook is also closed due to the high river level.