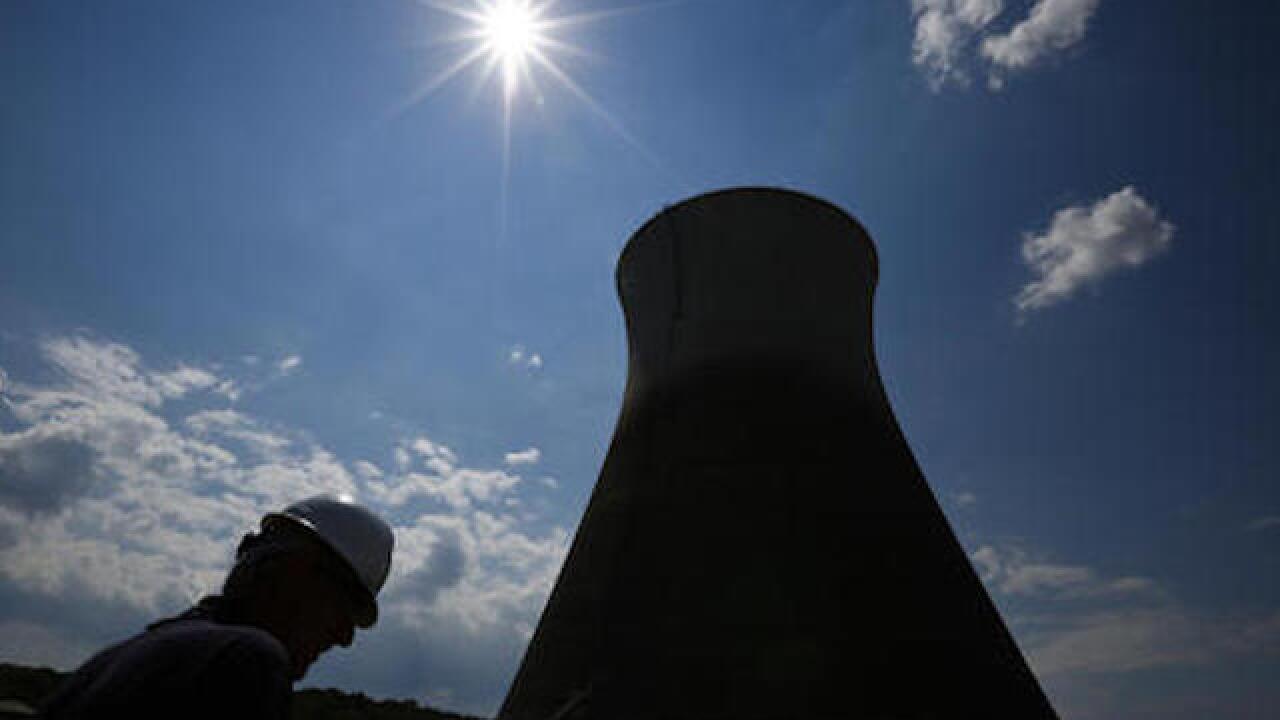 Copyright 2018 Scripps Media, Inc. All rights reserved. This material may not be published, broadcast, rewritten, or redistributed.
Brynn Anderson
In this Wednesday, Sept. 7, 2016 photo, sit manager, Jim Chardos, lowers his head as he talks about Tennessee Valley Authority selling the unfinished Bellefonte Nuclear Plant, in Hollywood, Ala. After spending more than 40 years and $5 billion on an unfinished nuclear power plant in northeastern Alabama, the nation's largest federal utility is preparing to sell the property at a fraction of its cost. (AP Photo/Brynn Anderson)

COLUMBUS, Ohio (AP) — State lawmakers are closing in on a decision on whether to OK a financial rescue for Ohio's two nuclear plants.

The proposal before the state legislature would give the plants $150 million a year by adding a new fee onto every electricity bill in the state.

Votes could take place Wednesday in both the Ohio House and Senate.

FirstEnergy Solutions says it needs a financial lifeline to keep open its nuclear plants near Toledo and Cleveland. It says the company will be forced to close them by next year, if it doesn't get help from the government.

Opponents say the plants are outdated and giving them a financial lifeline would give the nuclear industry an unfair advantage over other power plants and energy sources.