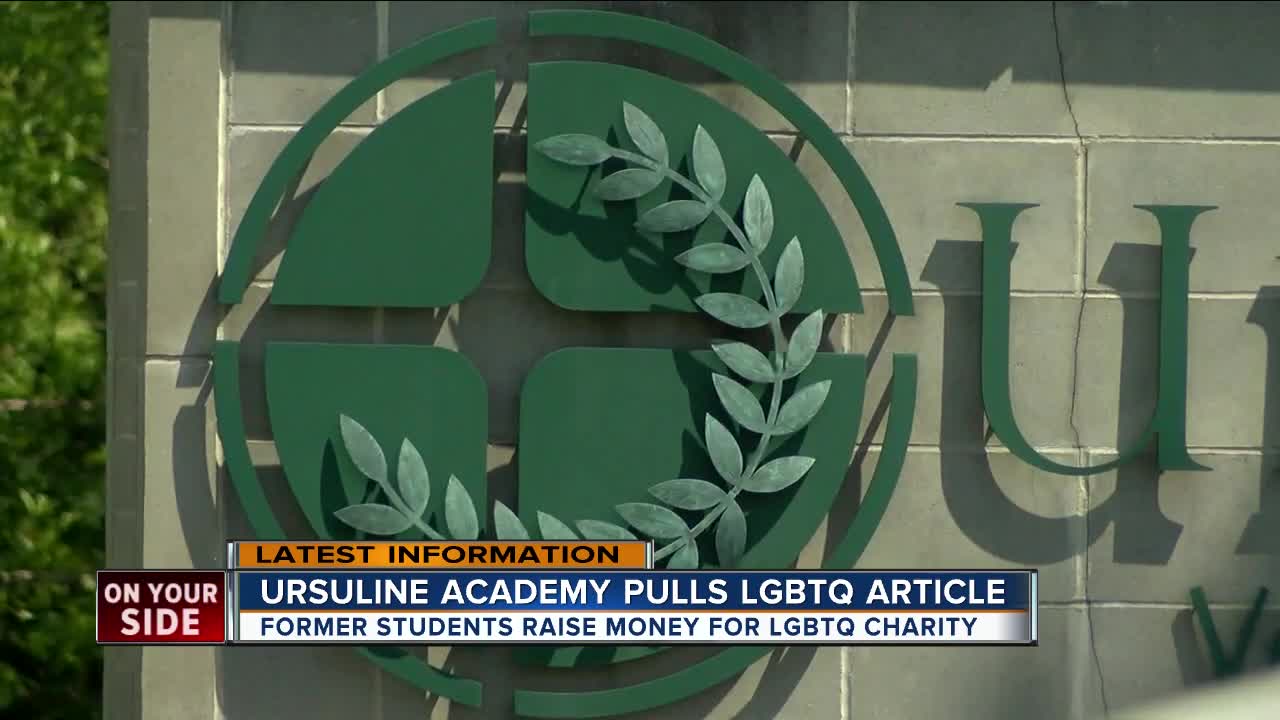 The all-female Catholic school pulled an edition of its school newspaper over a single article containing content related to the lesbian, gay, bisexual, transgender and queer community. A move like that, according to one LGBTQ outlet, can send a damaging message to young students who belong to that community and may already be struggling to accept their identities.

CINCINNATI — Ursuline Academy, an all-female Catholic high school in Blue Ash, found itself at the center of controversy after school administration removed copies of a student newspaper over an article with LGBTQ content.

In response, some Ursuline Academy alumni created a GoFundMe site for the It Gets Better Project, a non-profit organization aimed at helping LGBTQ youth worldwide.

"We are heartbroken and disappointed by recent events, but also confident in the strength of the Ursuline community," the page reads. It's raised more than $2,000 for the non-profit so far.

"Over 1,000 of us have signed an alumni petition asking the school administration to reconsider its actions and policies," the GoFundMe site states. "Many of us have also written individual letters and reached out in support to current students." The page is signed by several alumni, ranging in graduation years from 2010 to 2014, and "other members of the Ursuline community."

Shawn Jeffers, LGBTQ advocate and lead trainer at GLSEN Greater Cincinnati said he is concerned about what he considers to be censorship, and said high school is an important time to support students of all identities.

"They're trying to figure it out and navigate it," said Jeffers. "When there's a really strong kind of rebuke of that, being able to explore, I worry that it can have a silencing effect on our young people. That they feel like, next time I'm thinking about this, I might not be able to talk to an adult."

In a statement issued by Ursuline Academy, the school said it pulled the edition of the student paper because "it stirred confusion and even questions about what Ursuline's mission and values represent. Ursuline manifests care and love for our students as part of our mission."

Last week, the Ursuline Academy board of trustees announced the school's president, Sharon Redmond, would be leaving at the end of the 2018-2019 school year, after 27 years with the school. In a statement to WCPO, Ursuline Academy did not include a reason for her departure.