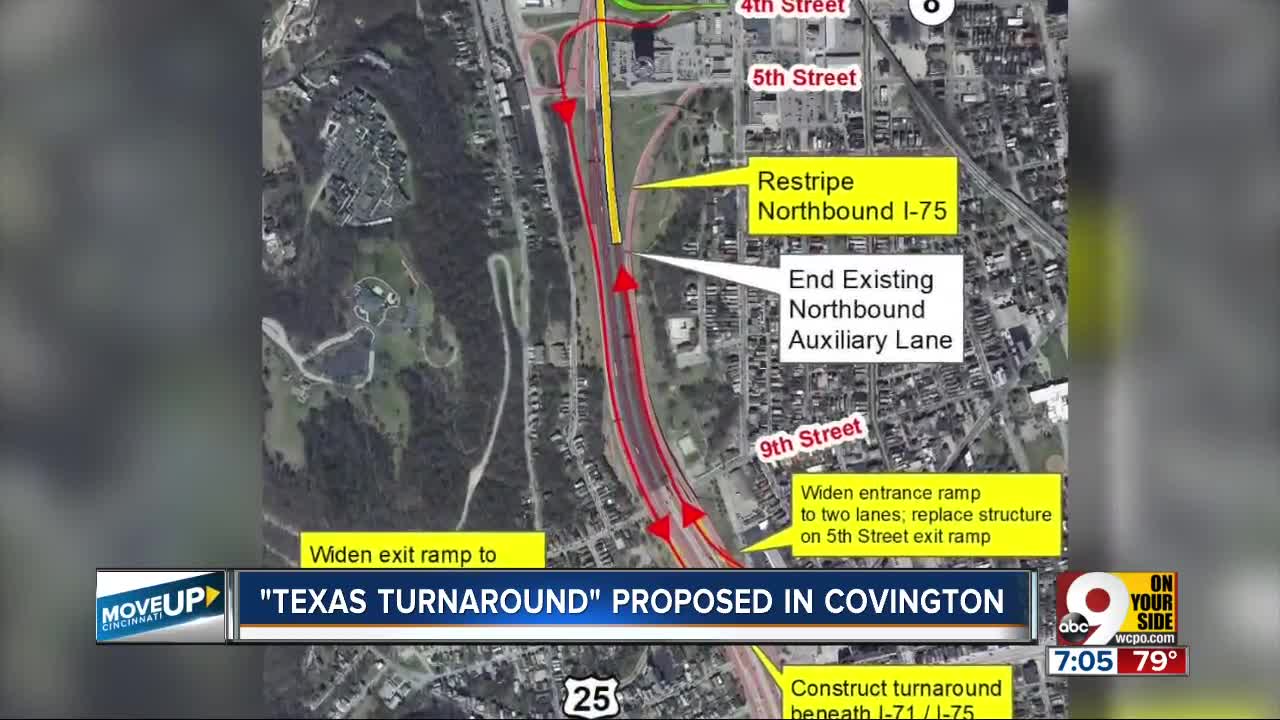 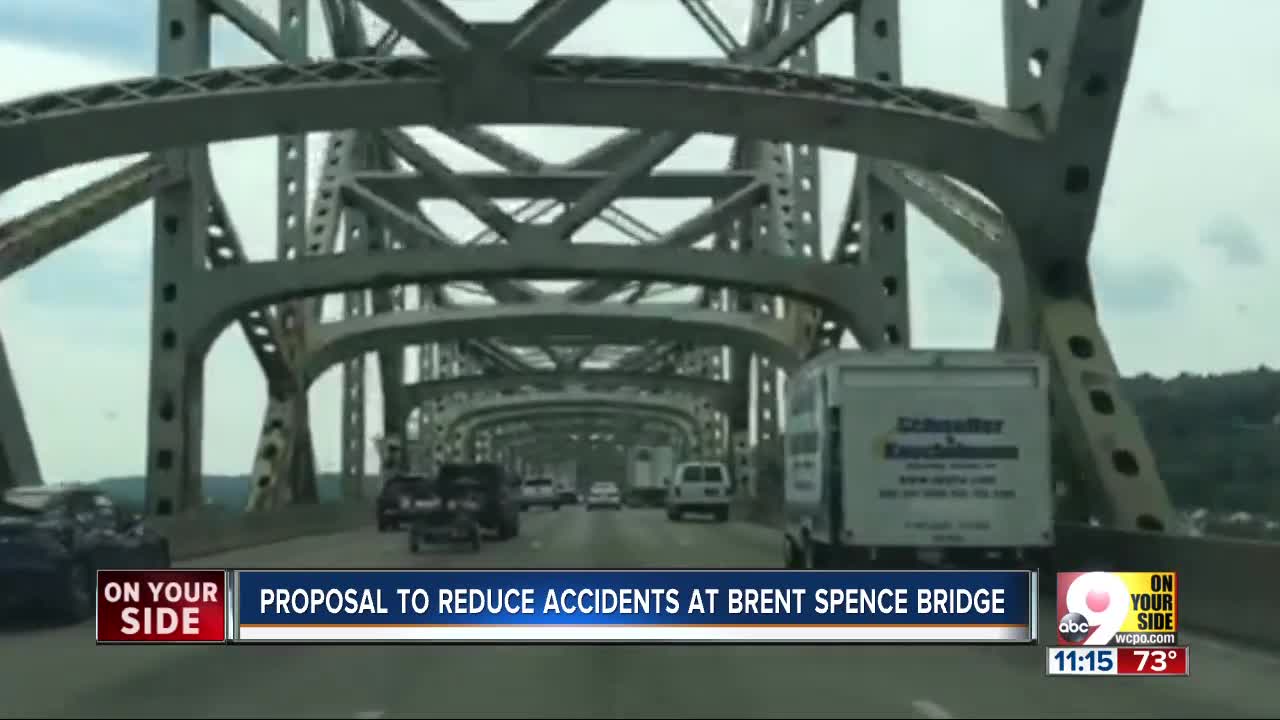 COVINGTON, Ky. — To help solve the perennial problem of crashes on the Brent Spence Bridge, itself a deeply nested infrastructure headache, the Kentucky Transportation Cabinet is weighing a “Texas turnaround.”

It’s a lane specifically designed for drivers to safely make a U-turn onto a highway.

The cabinet is considering a series of small adjustments to the Brent Spence’s Covington-side entrance after a study revealed that span is one of the most dangerous in Indiana, Ohio or Kentucky.

Drivers are three to five times more likely to wreck there than on any other portion of interstate in the entire Tri-State area.

Here's a graphic showing all of the proposed changes:

The solution would involve closing the Fourth Street ramp completely, rerouting cars back around to the Pike Street ramp via the Texas turnaround.

“(On the Fourth Street ramp,) you have to merge over two lanes right in that location, you’re underneath the bridge, it’s a tight location, you’re trying to read the signs,” Covington director of public works Rick Davis said.

The resulting crashes make the area even more of a traffic knot.

The Texas turnaround, he added, “may be a little more time to make the turnaround; however, it’s safer to get onto the interstate.”

Watch the video above to see how the new lane would work.