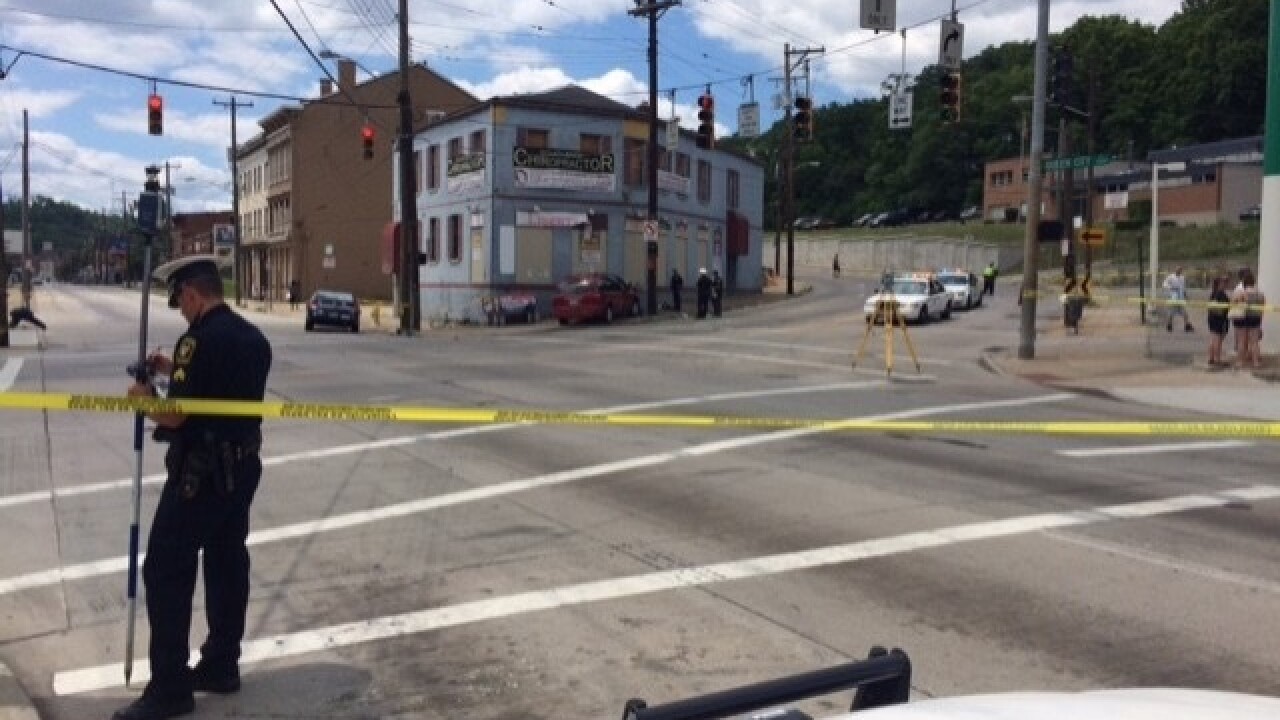 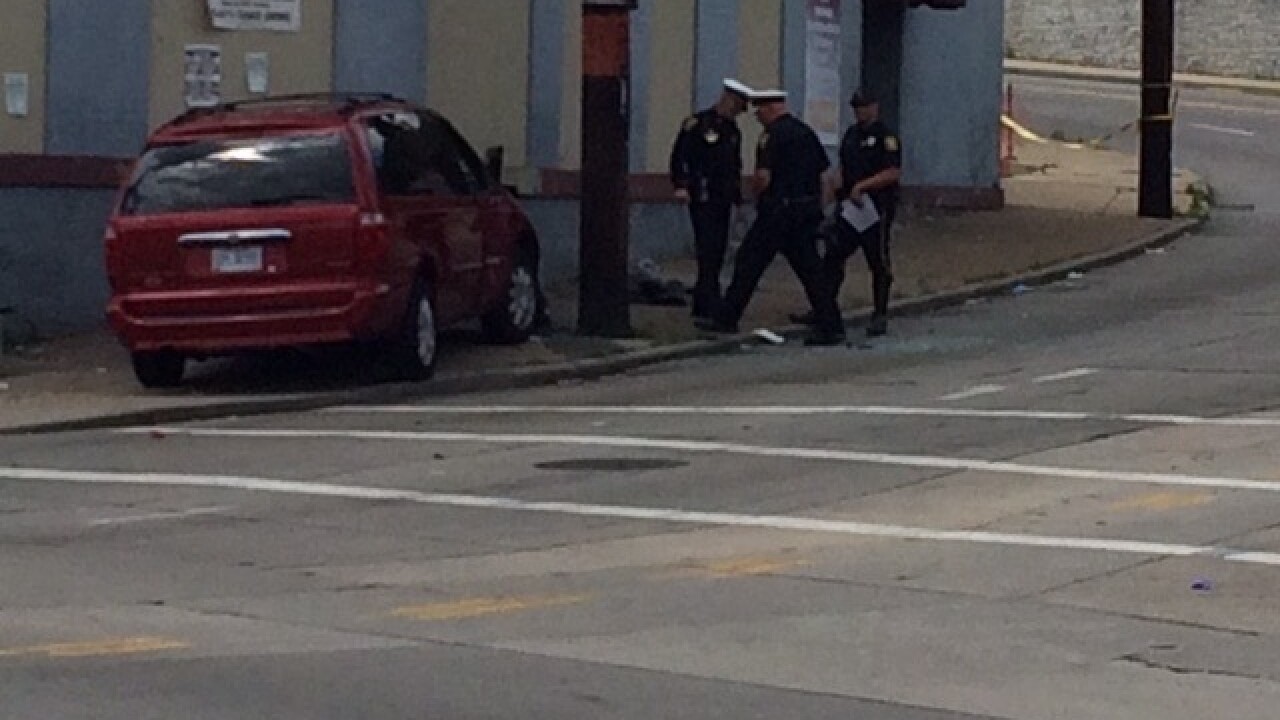 CINCINNATI – Earl Howard Jr. said he saw the red minivan coming toward him and another man sitting on a bench at a bus stop at Queen City and Harrison avenues Wednesday afternoon.

“I was in shock because I couldn’t believe the car was coming dead at us, you know, straight at us," Howard said.

Cincinnati police said the minivan ran a red light and crashed into a Chevy Impala in the intersection in South Fairmount, knocking the minivan onto the sidewalk.

Howard, 63, said he tried to push the other man out of the way. He said the minivan knocked him off his feet, but it pinned the other man against a building and killed him.

“He got pinned against the wall with his foot turned backward," Howard said.

“He was waiting to go downtown," Howard said, "and I was waiting for the bus and the car screeched through the intersection and the other car hit it and it started going right toward us.”

Here's what happened, according to police:

Zackarie Magambo, 39,  was driving the minivan west on Queen City Avenue and struck the Impala driven by  Robert Bonnici, 52.  The minivan veered off to the left side of Harrison Avenue, hitting a utility pole, Reed and Howard and the building.

A third man on the bench, John Johnson, said he was able to jump out of the way.

“I had to jump out of the way because I didn’t know which way the cars were going to go,” Johnson said.

Howard suffered a leg injury – "I punctured a vein or something," he said.  Firefighters tended to him at the scene  after he declined to be transported.

The two drivers were wearing seatbelts and were not injured, police said. A passenger in the minivan, Daniel Ndayisenga, 28, sustained minor injuries despite wearing a seatbelt. He was transported to the University of Cincinnati Medical Center, treated and released.

Police did not rule out speeding but said impairment was not a factor in the crash. The Traffic Unit is continuing the investigation, and any witnesses are asked to contact the Cincinnati Police Department’s Traffic Unit at 513-352-2514.