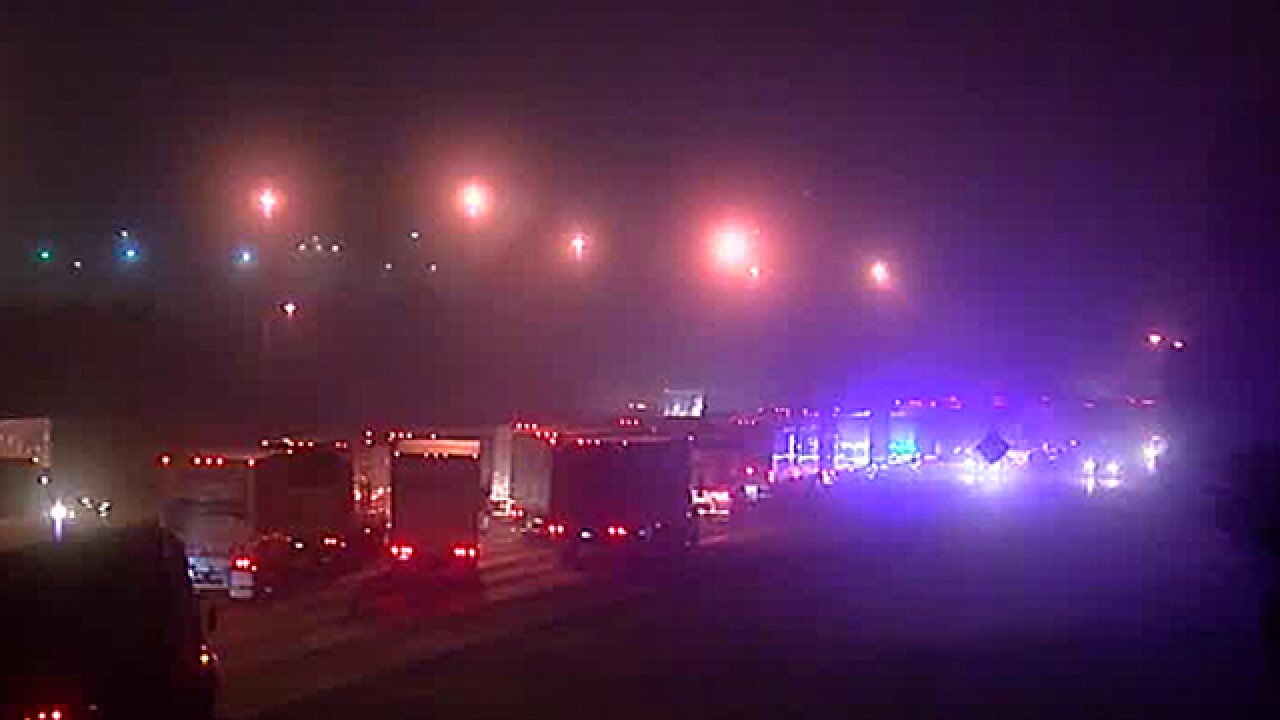 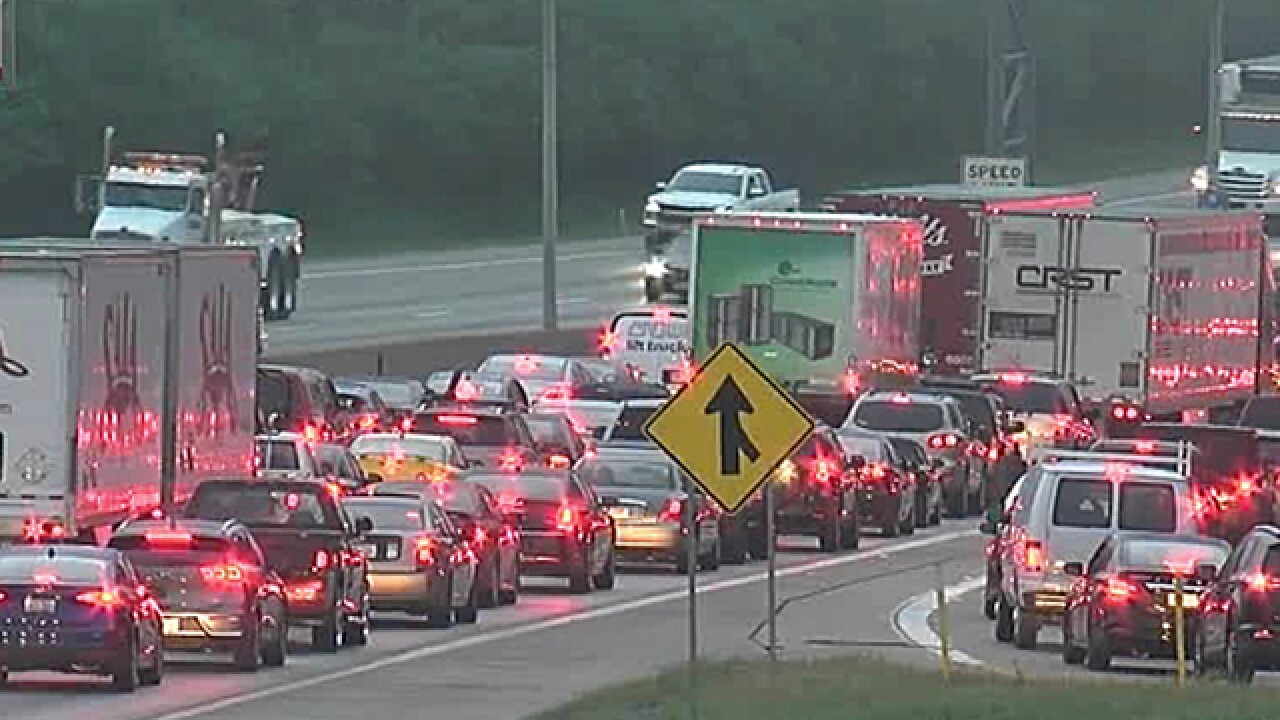 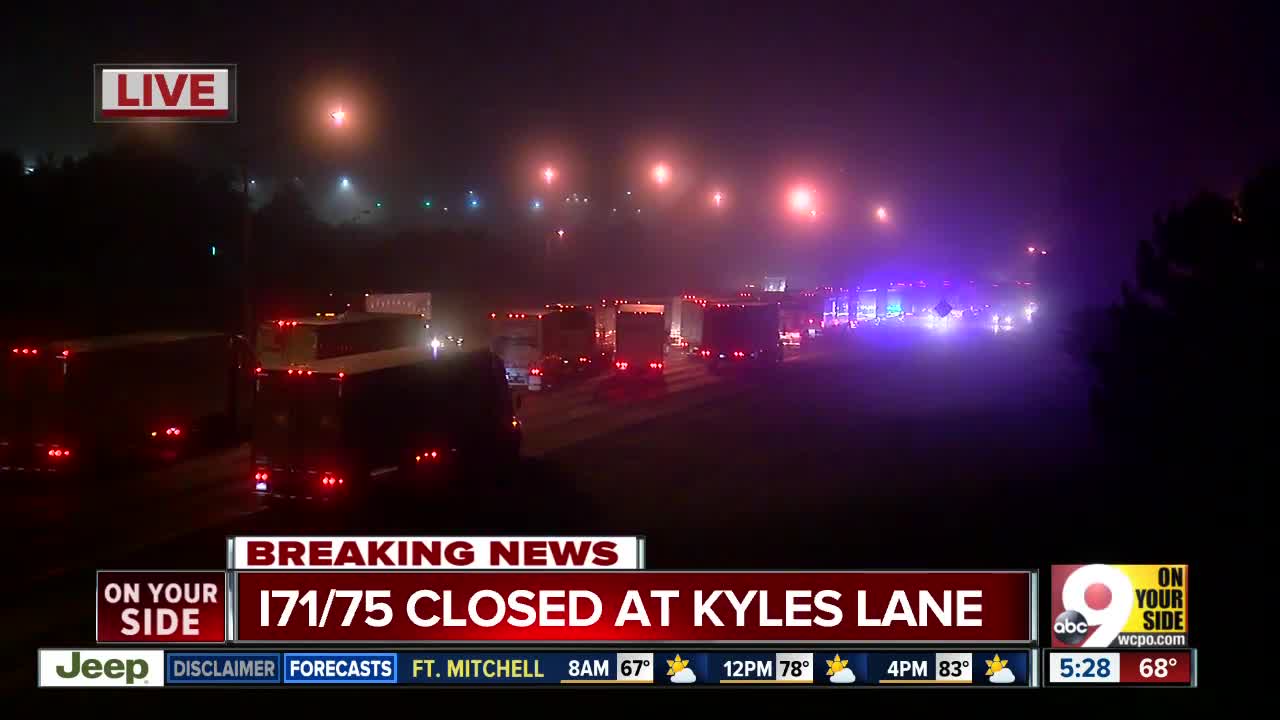 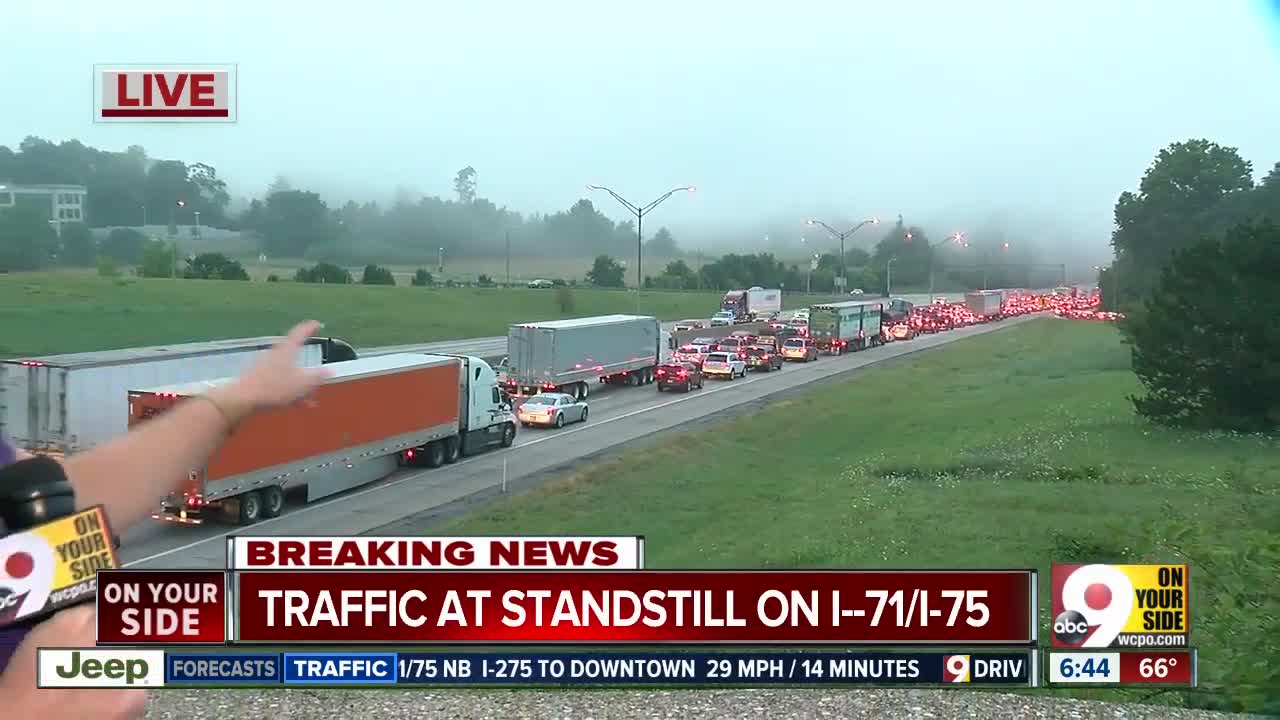 BOONE COUNTY, Ky. -- An overturned semi has northbound Interstate 71/75 down to one lane at the Cut-in-the-Hill Thursday morning.

Traffic is backed up past Kyles Lane. The crash previously closed the interstate at Dixie Highway at about 4:30 a.m.

Those clear lanes didn’t last long! 2 lanes BLOCKED at the Cut-in-the-Hilk because of that overturned semi. @WCPO @JaclynDeAug #9Traffic pic.twitter.com/4oy5MyoymU

Park Hills police officers were re-routing cars off the interstate via the Kyles Lane entrance ramp at 5:30 a.m.

Update: Park Hills Police are trying to clear cars stuck on 71/75 N at the Kyles Lane entrance ramp. Semis are stuck, too hard to turn them around. @WCPO @JaclynDeAug #9Traffic pic.twitter.com/norRYqXgfI

There's no word on whether anyone was injured.

@WCPO A couple of detour options for you this AM. Expect I-71/75 NB to be shut down for a few hours #9traffic pic.twitter.com/ooRQvLcJ9M