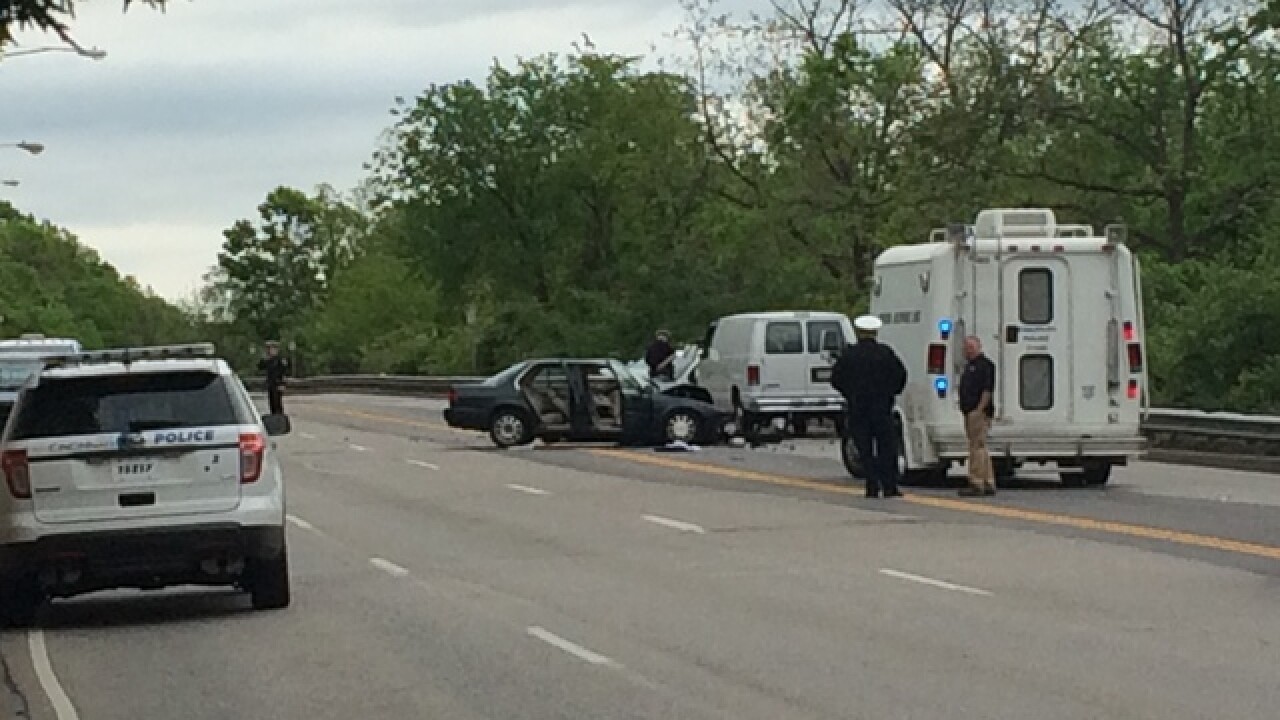 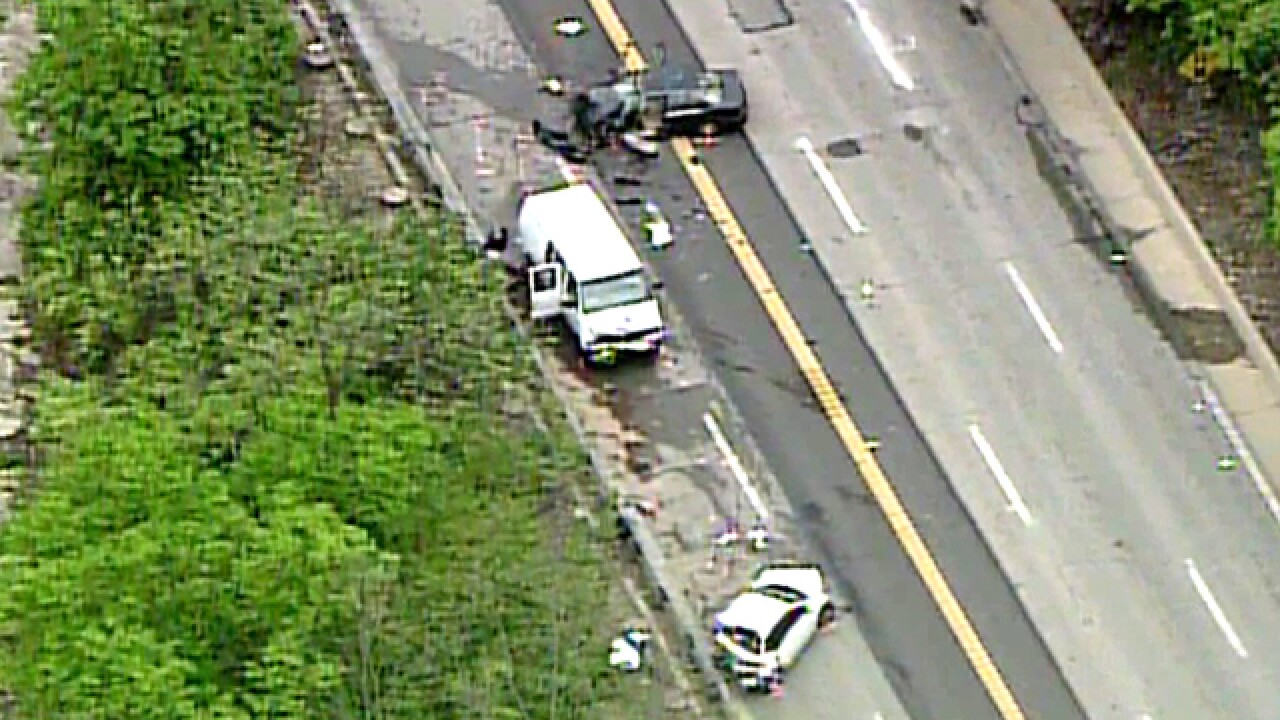 CINCINNATI — One person is dead after a multi-vehicle crash that closed the westbound lanes of Columbia Parkway between William Howard Taft Road and Delta Avenue early Thursday afternoon.

Emergency crews responded to reports of a three-vehicle crash with injuries.

Timothy Moore, 36, was driving a 1993 Honda Accord west on Columbia Parkway when he drove left of center into the eastbound lanes and struck a 2014 Ford Focus driven by Erin Kendall, 33, police said. The Focus then struck a 2001 Ford E250 van driven by Douglas Johnson, 74.

Moore was extricated from his vehicle in critical condition and later died from his injuries at the University of Cincinnati Medical Center, police said. He had not been wearing a seatbelt.

Kendall suffered serious injuries. After being extricated from her vehicle, she was also transported to University of Cincinnati Medical Center. She was in stable condition, police said.

Johnson sustained minor injuries. He was treated at the scene.

Kendall and Johnson were both wearing seatbelts at the time of the crash.

Chopper 9 was above the scene while emergency crews worked the crashed. See raw video in the player here:

Police said speed did not appear to be a factor and impairment was not immediately known.

The investigation was still underway. Police asked any witnesses to call the CPD Traffic Unit at 513-352-2514.