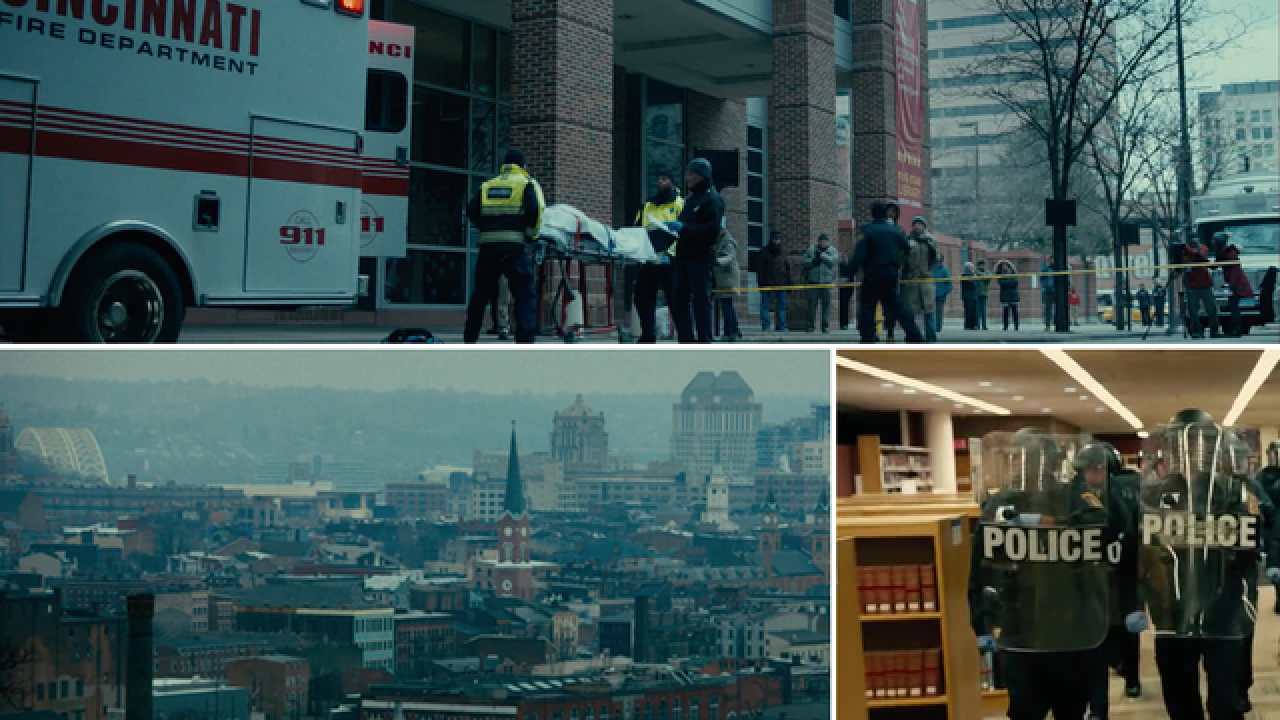 A new trailer for the film "The Public" has been released ahead of the movie's theatrical release next month.

The movie, written, directed and starring Emilio Estevez, was filmed in Cincinnati and takes place around the downtown branch of the Cincinnati Public Library during a bitterly cold winter storm1.

Estevez plays a librarian named Stuart Goodson2 who allows people experiencing homelessness to stay in the library during the storm after one person died in the freezing temperatures3 outside of the library.

A man named Jackson, played by Michael K. Williams, tells Goodson there isn't enough shelter in the city4, leading Goodson to open the library up to those experiencing homelessness in an act of civil disobedience.

The police and district attorney get involved5 and things go awry from there.

The film made its official world premiere at the Toronto Film Festival in September 2018 and is set to release in theaters on April 5.