It’s a promise made by the newly rejuvenated craft brew industry in the city and exemplified by the brewers at Rivertown Brewing Company.

Theirs is a story of two local boys swinging for the fences.

Jason Roeper and Randy Schiltz got their start as homebrewers.

“When I started homebrewing, it wasn’t because it was a cool thing to do or because (I was) cheap, it was because you couldn’t get good craft beer. When you went to Kroger and you wanted a beer, all you got if you were lucky was Sam Adams or maybe Sierra Nevada,” Roeper said. 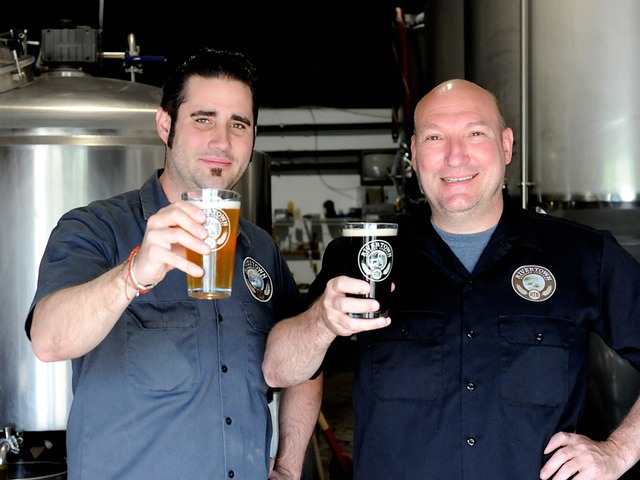 It was during this time that Roeper won the Sam Adams Longshot homebrew competition in 2007 and 2008, catapulting his career, making him a lot of friends in the industry.

Schiltz was a member of the Bloatarian Brewing League in Cincinnati and heard about Roeper through friends. It turned out both of them were thinking about opening up a brewpub, but because of a bleak economy, neither could find a bank interested in lending them the money as individuals.

The pair quickly realized the only thing holding them back from opening a brewery was the money and their desire to have a restaurant side to the brewery as well. After securing a bank loan in addition to some self-financing, the pair lined up a business plan and got started.

“From there it was kind of a blur,” Schiltz said. “Both of us were very passionate about it and we knew what we wanted to do. It was just full speed ahead.”

They signed a lease in August 2008, honing in on Lockland for a variety of reasons.

The first was political. Roeper said many zoning commissioners at the time were not on the beer bandwagon as some are now, and as a result didn’t want anything to do with a brewery.

The second was location. They needed a decent amount of space, cheap rent and easy access to highways so they could get their distribution going.

The third, and the most important, was water. According to the pair, Lockland has great water. The city has access to its own well that taps into the Little Miami aquifer. All Rivertown has to do is run the water through a charcoal filter to take out impurities and chlorine. 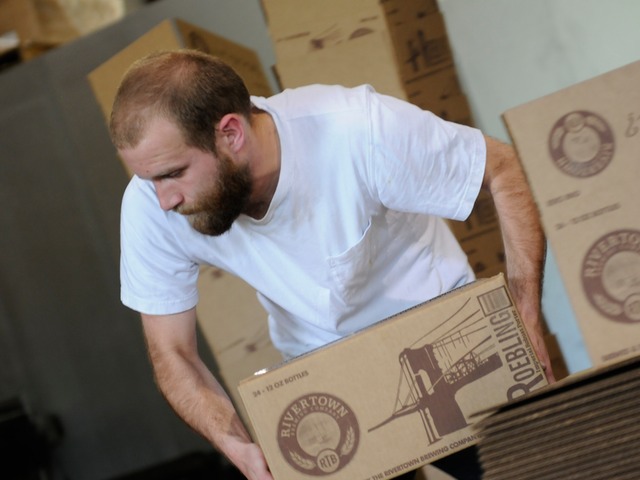 In addition to producing for the Tri-State, the company also sells beer in Kansas and Tennessee.

Starting out, it was just Schiltz, Roeper and a part-time employee who eventually went to work for Great Lakes Brewing in Cleveland. (Training future brewers seems to be unintended hobby for Rivertown; one of their former assistant brewers is the brewmaster at Fifty West Brewing -- Blake Horsburgh.)

The first couple of years brought a quick end to a few of the pair’s misconceptions about brewing. They thought they’d only be making about 500 barrels per year; enough to serve bars and be able to self-distribute.

It turned out that they quickly had to find a distributor, increase production and even start a bottling line. When the bottling line started, again they thought they’d only produce 20 cases of beer per day, but they had to double that almost instantly after launch.

Their empire has grown from just producing beer for Cincinnati, to Northern Kentucky, Indiana and now Tennessee and Kansas.

Schiltz said they recently bought three new 30-barrel fermenters and a 30-barrel bright tank. That should bring their production up from about 600 barrels per month to about 720 barrels per month. He said the new equipment should arrive by the end of August.

Roeper and Schiltz said the company is still expanding so fast they rarely have time for a break. The fast-paced environment has forced them to get very good at market prediction and forecasting what beers will sell faster and alter production to meet the demand.

Every one of the eight tanks they have is a product of customer demand. Their pumpkin ale makes up almost 25 percent of their annual sales and to get all that beer to the consumer, in addition to the kegs they produce, Rivertown will go through about 87,780 bottles per month. 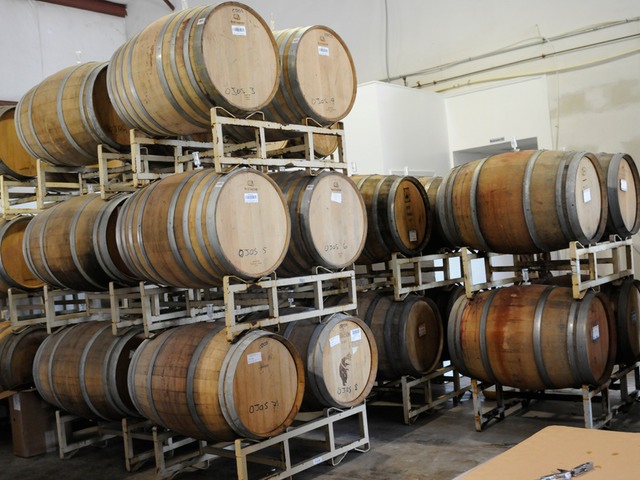 Rivertown currently produces an average of 600 barrels per month.

“We deliver a wide range of beers, many a different style. Pretty much at least one for every season. Even our normal, every day has a wide variety,” Schiltz said.

Part of the reason for all that variety is the last vestiges of their brewpub dream. The pair was drawn to a brewpub because they could offer a wide variety of styles on a rotating tap. Now almost all their beer is available in six-packs at local grocery stores, and people can go out and try whatever suits their fancy.

“We just ask, ‘What do you feel like drinking today?’” Schiltz said.

The owners are also trying to focus on making beer that is sessionable. By that, they mean beer that people can sit down and drink more than one or two at a time.

“People are making these huge 13-to-14 percent alcohol beers and focusing on all these extreme hop aroma and flavors and forgetting about session. They’re forgetting how great a beer it can be even though it’s not 12 percent alcohol,” Roeper said.

The team is also into making lambic beers, sour beers and barrel aging.

Another focus for the business is to keep their ingredients as local as possible at all levels and see how they can support other businesses.

“We try to keep our dollars local. One thing I’ve found is that when we buy products locally, that money stays local. Those people come into our tap room, those same people buy our beers and they’re proud,” Roeper said.

With the exception of grain and hops, most of the services Rivertown uses are sourced locally. Specialty ingredients sometimes come from Findlay Market, the crown caps for the bottles are made in Indiana, the labels are made in Hamilton and the packaging comes from Dayton.

“We could probably outsource most of that to China and save a lot of money, but at the end of the day those aren’t the people that drink our beer,” Roper said. “That’s something we try and get other brewers to participate in.”

To that end, not only do the brewers share their knowledge and sometimes ingredients; they also do cross-buys with other brewers to save on labels, bottles and more.

“We have to get everybody behind it. I think that Cincinnati is absolutely going to blow up.  It is the next forefront. It’s almost uncharted territory, we’ve had some brewers who came and went -- Waston Brewers, Barrel House, Main Street Brewing Company -- and I see it getting better with Rhinegeist going in, and the others, all this will just boost the community,” Roeper said. 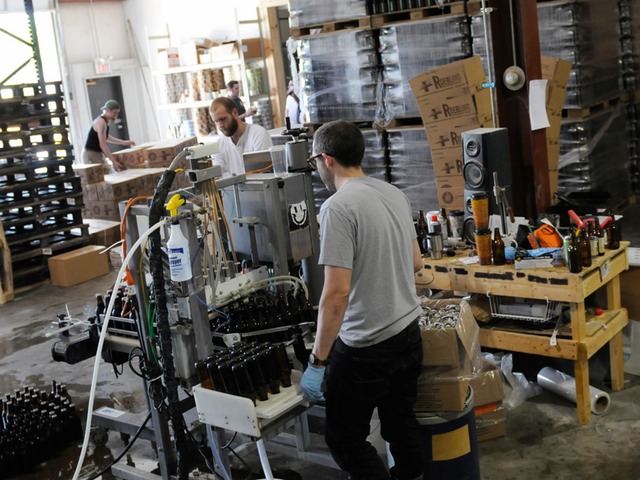 The bottling line at the Rivertown Brewing Co. in Lockland.

The pair said when they started, asking for a local beer would get you a Sam Adams at bars. Now restaurants and bars are clamoring for local beer and often have multiple local taps on hand.

Rivertown Brewing Company is located at 607 Shepherd Drive in Cincinnati.

You can find them online at: http://rivertownbrewery.com/