MORROW, Ohio -- Some people would split the world into two categories: beer drinkers and wine drinkers. One local brewery is asking the question, “Why should you have to choose?”

Cellar Dweller Brewery is an offshoot of the Valley Vineyards winery in Morrow.

Head brewer Steve Shaw said they opened up shop in the winery’s cellar (hence the name) in February 2012. Shaw said they got the nickname Cellar Dweller when they started because when tours would come through, visitors had no idea the brewery and aging tunnels existed beneath the winery. 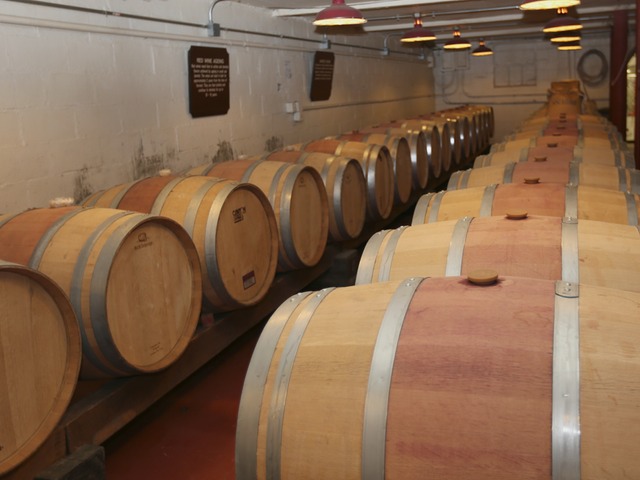 The project was originally a pilot system to see how the existing customer base at the vineyard would respond.

“All it has done is just bring a whole new group of people in,” Shaw said. “It’s put on more business for the wine side too. For instance, my wife loves wine but I’m not a wine drinker so if we were going to some place that only had wine, I wouldn’t be too keen to go.”

Shaw said the vineyard used to see a big decline in dinner customers after about late August, but business has increased during that time since the brewery was added.

When the brewery was started, Shaw said they planned on brewing only for the vineyard’s tap room, but since opening, bars and restaurants have called them unsolicited asking for kegs. They had to hire an associate brewer just to help meet demand, and Shaw said when they started, they had to do three to four batches per day for a while just to meet demand.

“Never in a million years would I have thought it would take off like it did,” Shaw said.

In fact, the brewery has surpassed its projected numbers over the past year by a significant margin according to Shaw. Cellar Dweller produced about 300 barrels in its first year and Shaw said they are on track to produce about 900 barrels this year and add distribution. 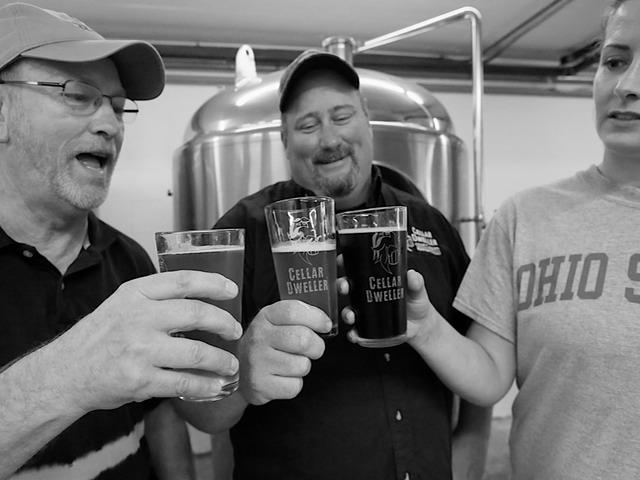 The brewery just got new equipment including a much larger brewhouse and fermenters, meaning they can significantly ramp up production. They are also looking at starting a canning line.

“We’ve pretty much remained the same for the past 30 years but since we brought the beer in we’ve just exploded at the seams,” Shaw said.

Before getting into the brewing business, Shaw owned a fabrication manufacturing business. He decided to join his family’s vineyard business because he wasn’t enjoying running the factory anymore.

“Work shouldn’t be something that you dread going to every day,” Shaw said. “I was a homebrewer for years and I realized that I just wanted to be doing something that I like to do.”

Shaw got his start when he was 22 years old. He said he got into craft brewing while visiting his brother-in-law in Maryland. After having his first taste of craft beer, he said he thought, “This is what beer is supposed to taste like.”

When he returned to Ohio, all he could really find was Sam Adams, and he decided to start making his own beer. 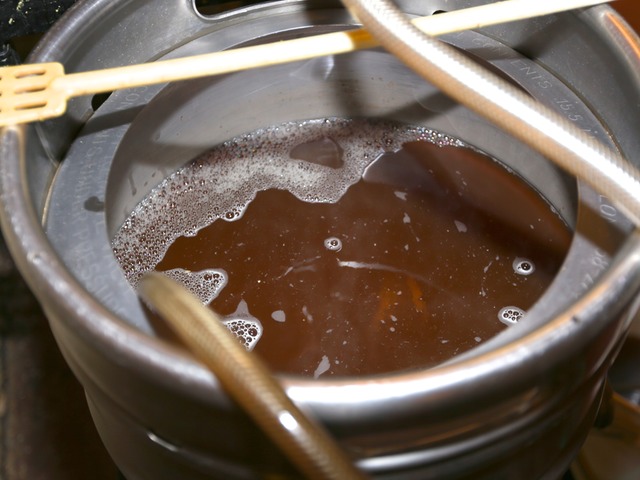 In the time since getting started, Shaw said they have started doing barrel aging since they already have the wine barrels on hand. They will do more as they ramp up production and meeting demand is less of a daily concern. He said they recently collaborated on a beer with Listermann Brewing. The breweries teamed up to put some oatmeal stout and cherries in a port barrel for a special brew.

Shaw said the company is also looking at creating a distillery eventually. The brewery will also be adding a pub-style tap room close to the end of the year that will include televisions and gaming systems. Shaw said they also plan on having more live music.

Variety seems to be the spice of life at Cellar Dweller. Shaw has 19 recipes ready to go and is always coming up with more. The tap room usually has nine to 12 beers on tap at any given time.

“I’m not a brewer who is going to follow the BJCP (Beer Judge Certification Program) guidelines. I think that’s made the American beer market kind of stagnant because people want to stick to guidelines. They want to win awards or the like. My beers are going to drift all over the place,” Shaw said. “I think that’s what is going to be unique to us. For instance, with our black IPA, it’s not a true black IPA but it’s not an imperial stout either. It’s one of those beers that falls in the middle… Nobody can tell me I can’t make a beer just because it’s not ‘to style.’” 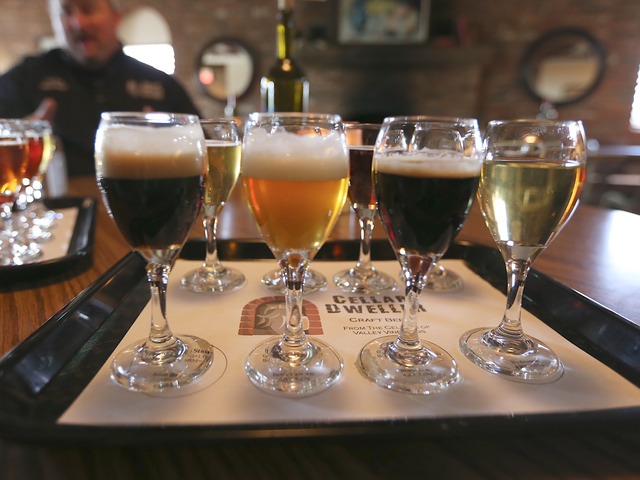 Shaw said he is excited for the growth of the craft market both locally and across the nation. He said that as long as craft brewers continue to make good beer and not focus on sales, that growth can continue and we won’t see a repeat of what happens in the 1980s.

“If you make a good product and your beer is going, you’re going to succeed,” Shaw said.

As Shaw would tell it, the Cincinnati area is far from the dissolution point. He feels that eventually 90 percent of the craft beer made will be consumed within 100 miles of its origination point and that someday brewing could return to a truly region experience like it was pre-Prohibition.

To that end, Shaw said his brewery works with almost every other local brewer to make new and excellent beers and to promote the local industry.

“It’s like we’re a family, we all help each other,” Shaw said. “I think the more we get, the more we can compete with the bigger guys.”

Shaw said he would eventually like to have his own building for the brewery if they can ramp up enough.

“I’ve learned that if you make good beer, it spreads and people drink it,” Shaw said. “The public’s knowledge of beer has grown. You go out to events or bars and when people realize you’re from a brewery, they’ll start talking to you and their knowledge can be surprising.”

He said he’s been pleasantly surprised at the number of homebrewers he keeps running into.

Shaw has some advice for those who are starting out.

“Don’t be afraid to mess up. I’ve had to throw a lot of beer away, but in the process of throwing that beer away I’ve learned what makes good beer and what makes bad beer. When I first started brewing I was afraid to mess up but I learned that if I didn’t mess up, I wouldn’t be doing anything new,” Shaw said. “To make good beer you have to make a lot of bad beer. So don’t be afraid to jump out of the guidelines.”

They can be found online at: valleyvineyards.com