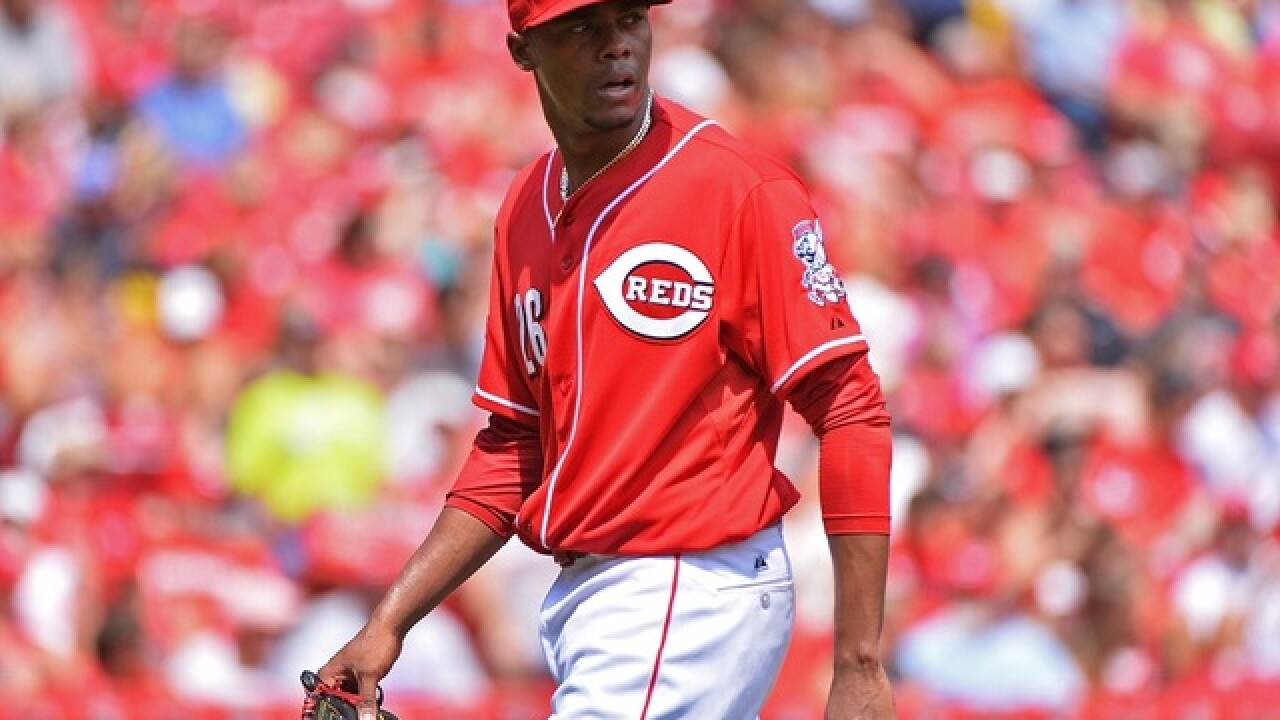 <p>Whether the Reds can exceed relatively low expectations for 2016 depends a lot on pitchers such as <a href="http://www.wcpo.com/sports/baseball/reds/fay-raisel-iglesias-looks-promising-with-rehabed-shoulder" target="_blank">Raisel Iglesias, t</a>he scheduled Opening Day starter, can step it up. WCPO file photo</p>

Longtime Reds beat writer John Fay will break down nine key questions about the Reds. A story addressing one of the questions will run each day between now and opening day.

Question 6: Will the rotation be better now that the rookies are all sophomores?

The inference was here’s your Opening Day rotation.

It seemed like a safe bet at the time. Not so much now.

Lorenzen came down with a sore elbow. Moscot strained an intercostal muscle. And DeSclafani tweaked an oblique. None of the injuries is considered serious, but none of the three will be ready for Opening Day.

The Reds added free agent Alfredo Simon in the wake of the Lorenzen injury. Homer Bailey should be ready in early May. John Lamb, coming back from back surgery, isn’t far behind Bailey.

But, at least at the start, the Reds are scrambling to find five healthy arms. Iglesias will start on Opening Day, followed by Finnegan, followed by TBA, followed by Simon, Iglesias and TBA.

The Reds are hoping DeSclafani is ready for that sixth start.

Plans Had To Change

This is exactly the kind of thing the Reds had hoped to avoid. The plan when spring started was to have Iglesias in the fifth spot since he got a late start after being shut down with shoulder fatigue late last season.

No. 1 prospect Robert Stephenson was a given a second shot to make the team after being optioned to Triple-A. But he walked the first three batters he faced in his start Monday.

No. 2 prospect Cody Reed pitched as well as any Reds starter this year (3.97 ERA, nine hits, 10 strikeouts, two walks in 11 1/3 innings) but he’s not in the 40-man roster and the Reds are reluctant to start his service time clock.

If they are only going to use a pitcher for one start, it may make more sense to bring up someone on the 40-man for that start, say Rookie Davis or Amir Garrett.

The Reds often are coy about such decisions. Reds manager Bryan Price said that is not the case here.

"Anything can happen,” he told reporters Monday. “I can tell you this and look you straight in the eye and say it is undecided who is going to pitch on the 7th. It’s not for smoke and mirrors at this point. Defining who that person is hasn't happened yet.”

The bottom line is we’re not going to know how good or bad the rotation is until the principals get healthy and start pitching. Whatever the rotation turns out to be for the first two weeks or so, it is going to change drastically and quickly.

By the first week of May, it could well be Bailey, DeSclafani, Simon, Iglesias and Finnegan or Lamb or Moscot or Stephenson or Reed.

Lorenzen is further behind but he should be back before we get too far into the season.

That’s the thing about the picture of the rotation -- it’s ever-changing.