Cincinnati has three major league teams, but are all these rookie coaches ready for that level?

So far, it's been kind of a flop 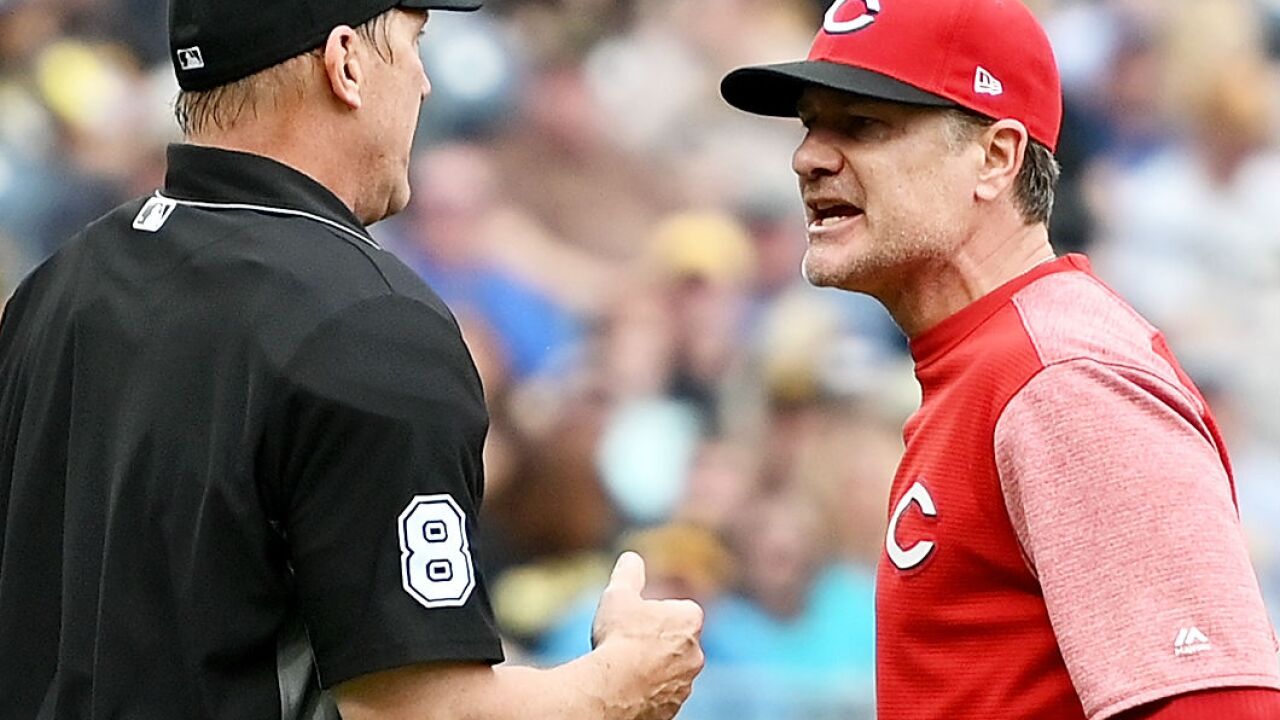 Justin Berl | Getty Images
Manager David Bell of the Cincinnati Reds argues with umpire Jeff Kellogg during the fourth inning during the game at PNC Park on April 7, 2019 in Pittsburgh, Pennsylvania. 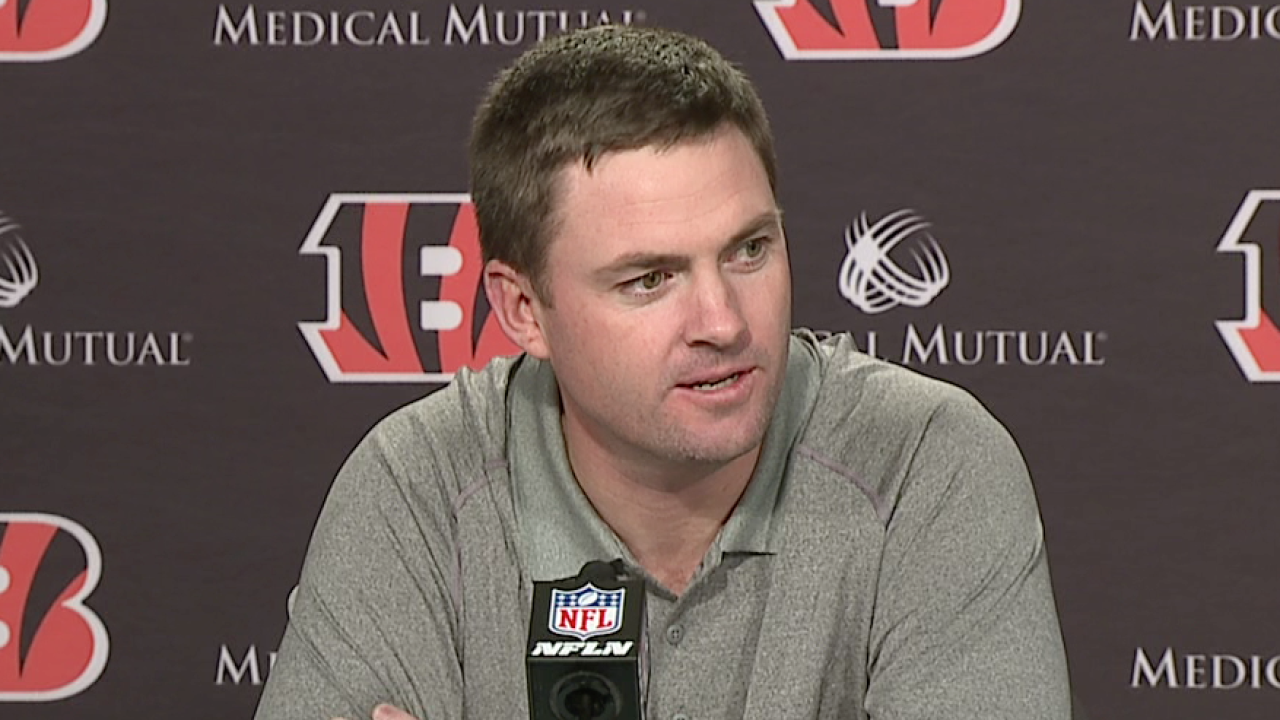 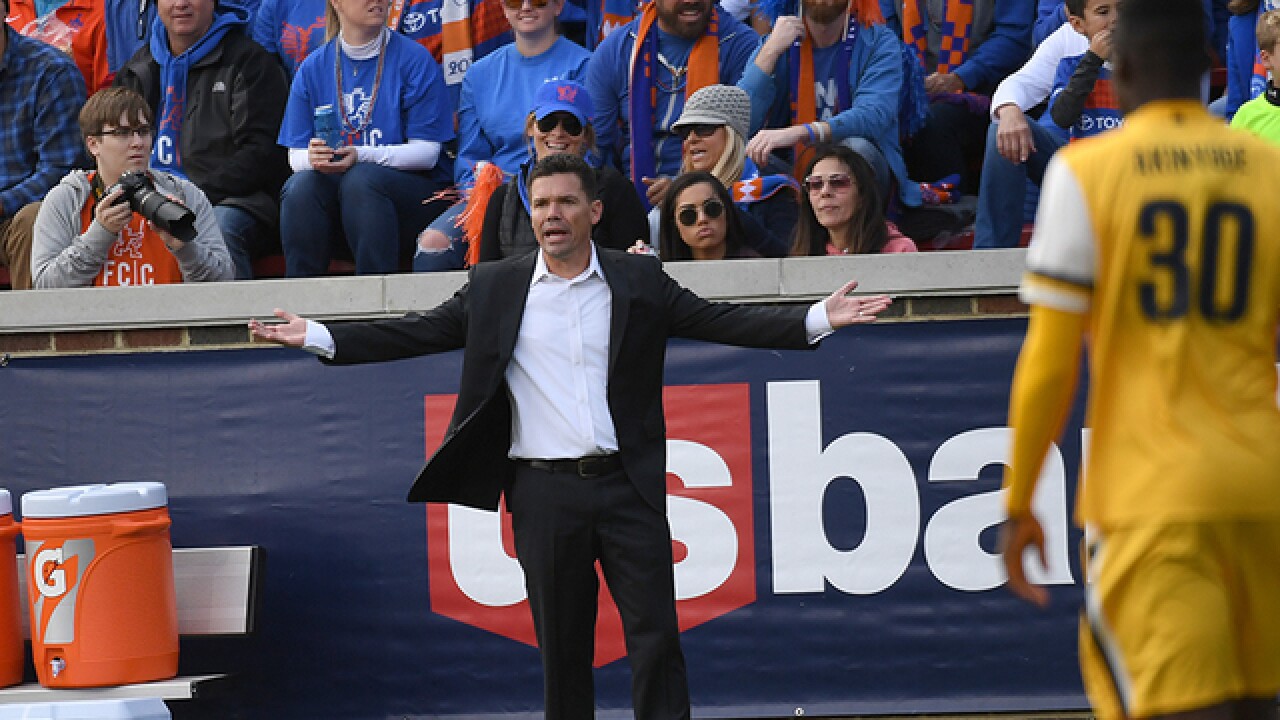 This neat 2019 deal of Cincinnati having three major league teams for the first time in 46 years is playing out as rather a flop. The Reds can’t hit, FC Cincinnati can’t score and the Bengals can’t expect to see anything but last place assigned in predictions for the AFC North.

All three teams have opened play, or will open it, with a first-season coach or manager. I don’t know if that’s happened before in a three-franchise city, but if it has, we can presume it was an experience the town has tried to forget.

New coaches almost always mean the team is a loser, in need of a dramatic jolt, and that’s the case for our first year with three clubs since 1972, the last year of the NBA Royals. We’re the smallest metro area in the country supporting three teams (based on TV market size), so you might think these guys will need to be somewhat good to make this work at the gate.

But here’s the less-than-pretty look as of today for the new coaches and their teams:

Koch’s 2-7-2 tenure ended with five straight shutout losses and only one goal -- that by penalty kick -- in his last seven games. 0 my! But still it’s rare to get fired a third of the way through the season of a first-year expansion franchise, and general manager Jeff Berding was frank, if slightly veiled, in sending the message that Koch had become widely seen within the organization as a sour apple, retaining no one’s confidence about his chance of ending the team’s tailspin.

The fallout over Koch leaves some egg on Berding’s face, but Berding acted decisively in the face of a personnel failure and will live to battle again. He has had way more wins than losses to date as the face of a rapidly ascending -- until now -- franchise.

And get this -- in a refreshing change from the usual with the Reds and Bengals, Berding is throwing fans red meat about the search for a new coach. He says FC Cincinnati will “make sure” that the new coach is “a big-time proven leader, not only with results but also with culture.”

To my ears, that says to expect the new coach to have previously held a head job at an MLS or equivalent world level. We’ll see.

* David Bell, a rookie MLB manager, has taken the Reds from horrible to bad. They’re not as abysmal as last year at this time, but the giddiness over the past winter’s offseason moves is starting to make us all look a bit foolish. With almost a quarter of the season gone, the team is hardly out of the woods on the prospect of losing 94-plus games for a fourth straight year. Its vibe took an extra hit of embarrassment with this week’s no-hit kneel-down against only-average Oakland pitcher Mike Fiers.

Bell backers could play the “franchise culture” card and plead for patience, but unfortunately for Bell, he inherits a fan base whose patience has run out.

Bell passes the smell test as a big league manager. He has an entirely worthy resume for the position, he’s clearly respected in MLB, and he seems to handle things with class and a good steely focus. I’d think the fans would love him for getting thrown out in three of his first 30 or so games.

But this writer’s biggest beef with Bell is that for all of his fieriness during the games, he’s not salty enough in the postgame interview. Sounds too much like Bryan Price, twisting himself in semi-polite knots while trying to explain the unexplainable. Unload on somebody, Dave, let some emotion and anger show. Your work at addressing Raisel Iglesias’ recent insubordination was only just adequate in my book. I wish I’d heard a bit more edge about who’s in charge and about players airing personal pique in the media. It was horribly wrong for Iglesias to use the phrase “horribly wrong” in regard to how the team was using him.

Traditionally, a manager is not horribly roasted when his team inexplicably can’t hit, and I still think this team will hit better. If so, they still might be OK. There are still 125 games to go.

* Zac Taylor is presently just a blank slate at the Bengals. So was Sean McVay when he took over the Los Angeles Rams, I suppose, so blank doesn’t necessarily mean bad. Nor are the Bengals a certifiably bad team. Despite three straight losing seasons, they retain some core talent from their 2011-15 run of five straight playoff berths. The recent NFL draft brought out more enthusiasm and less residual grumbling than I expected from the fan base.

But nationally the Bengals are seen as the team suddenly left behind in the AFC North. Erstwhile doormat Cleveland is the new darling of NFL pundits, while Baltimore and Pittsburgh always find a way to be in the hunt. The onus is on Taylor to prove otherwise in September. I’ve previously opined in this space that in today’s young-gun coaching culture of the NFL, Taylor is a credible hire, but not more than that at this point.

I’d like to think Taylor had a big hand in the club’s decision to end its ugly love affair with linebacker Vontaze Burfict, and I’d like to think Taylor wanted that as much for team culture reasons as for the fact Burfict was of no recent help on the field. Taylor is the head coach, despite his thin experience level, and he needs to forcefully demand a less-tolerant era for talented but troubling players.

* While we’re surveying the pro scene, let’s slip in a kudo for the Cyclones, who had a good 2018-19 campaign under Matt Thomas, another head coach new to Cincinnati. The ’Clones won 51 of 72 regular-season games, claiming a division title and reaching the second round of the Kelly Cup playoffs. But Thomas was not a rookie head coach in the East Coast Hockey League -- he’s a tenured vet in that loop -- and he didn’t take over a franchise on a big skid. The ’Clones were ECHL champions in 2007-08 and 2009-10 and have been decent since, and the dynamics of coaching change are not the same in the second tier of hockey’s minors as they are in the big leagues.