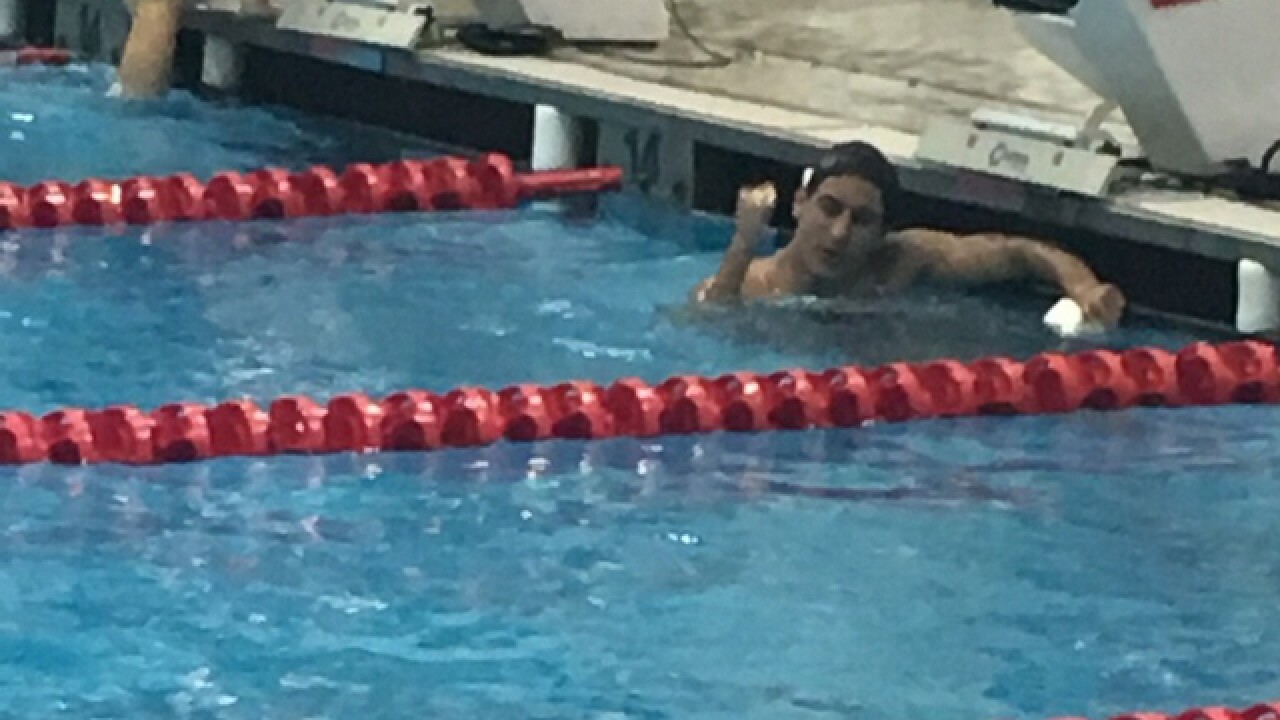 CINCINNATI -- A young Sharonville swimmer hopes Omaha, Nebraska, will be the next stop on his road to Rio de Janeiro and the summer Olympics.

Perera, who will be a junior at St. Xavier High School, will compete against the best swimmers in the country, including the defending Olympic gold medalist Ryan Lochte, for one of two 400 IM spots on the U.S. Olympic team and the chance to participate in Brazil in August.

Perera is a member of the Cincinnati Marlins, which have trained local swimmers since 1961 and sent representatives to every Olympics Trials since 1968.

“The Cincinnati Marlins organization and I are very proud of Nick’s accomplishments," said head coach Chris Wolford in a news release. "It is a special opportunity to qualify and compete in a U.S. Olympic Trials.“
Copyright 2016 Scripps Media, Inc. All rights reserved. This material may not be published, broadcast, rewritten, or redistributed.