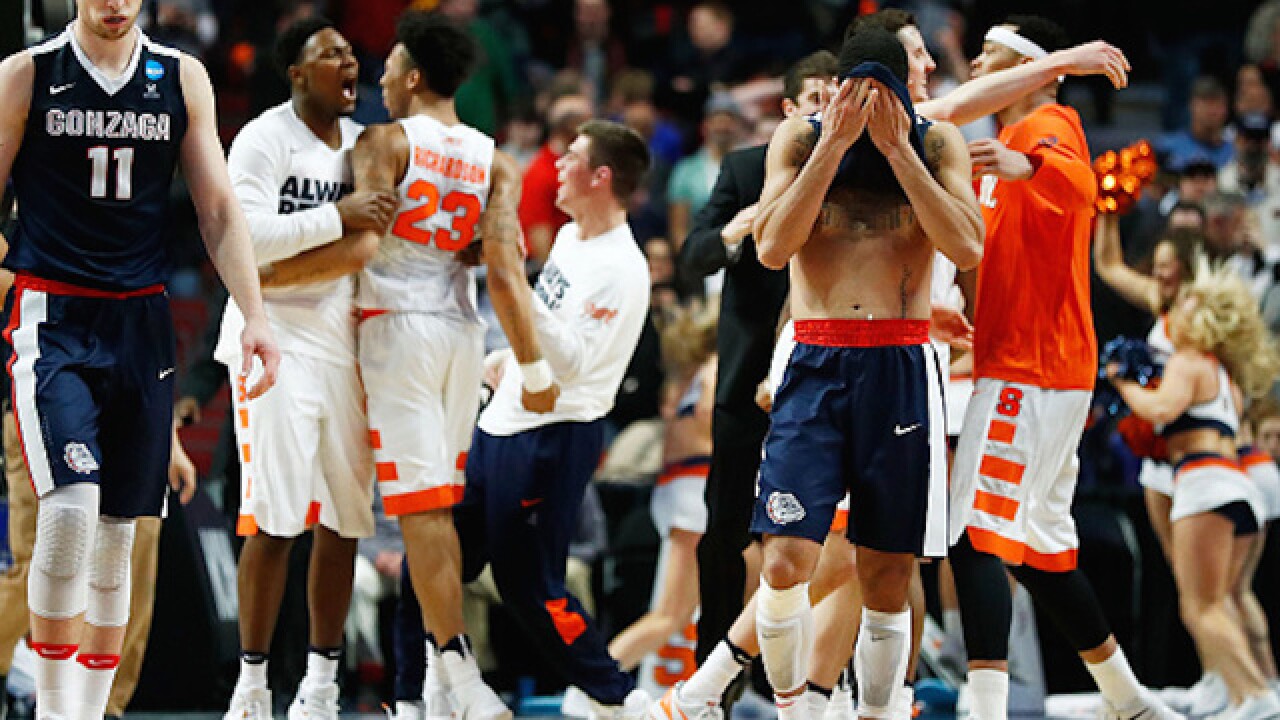 If you went all chalk on your NCAA Tournament bracket, there is a good chance you still have your champion, as all four No. 1 seeds advance to the regional finals for the first time since 2009.

All four top-seeded teams won their respective Sweet 16 games by double figures. No. 1 seeds Kansas and Oregon won on Thursday, and were joined by the other top seeds North Carolina and Virginia on Friday. Joining them in the Elite Eight are No. 2 seeds Oklahoma and Villanova, No. 6 seed Notre Dame and No. 10 seed Syracuse.

Four of the remaining eight teams are from Atlantic Coast Conference. The way the bracket is setup, an ACC team will advance to next week's national title game.

North Carolina coach Roy Williams said that his conference's results in the NCAA Tournament leaves little doubt which conference is the best in college basketball.

"I felt all year long that our league was outstanding," Williams said. "And I think that there's different ways to evaluate it: The play at the end of the season is the way most people evaluate it. And I feel our league is showing the kind of depth and strength of the teams the way they're playing right now. Have Syracuse, Notre Dame, Virginia, North Carolina, something we're very proud of."

Two of the ACC teams advanced on Friday in dramatic fashion. Notre Dame defeated Wisconsin 61-56 as the Fighting Irish finished Friday's game on an 8-0 run in the final 19 seconds of the game.

"I'm proud that our group got back to this point," Notre Dame head coach Mike Brey said. "We were there last year and played one of the great games in the history of the NCAA Tournament against Kentucky. And we're back in it again. We have another opportunity to go to a Final Four."

Syracuse rallied from a nine-point deficit in the final 6:15 of its game against Gonzaga Friday. Syracuse trailed most of the second half, but took the lead with 22 seconds left to defeat Gonzaga 63-60.

"I give these guys an unbelievable amount of credit," Syracuse coach Jim Boeheim said. "We were in a big hole with not that much time to go. We got a couple steals off the press, and Mike just went after it and just had -- he wasn't going to be denied getting that ball and putting it back in. But he's been great for us all year."

Oregon takes on Oklahoma tonight, and will be followed by Kansas versus Villanova. The winners will place each other in one week at the Final Four.