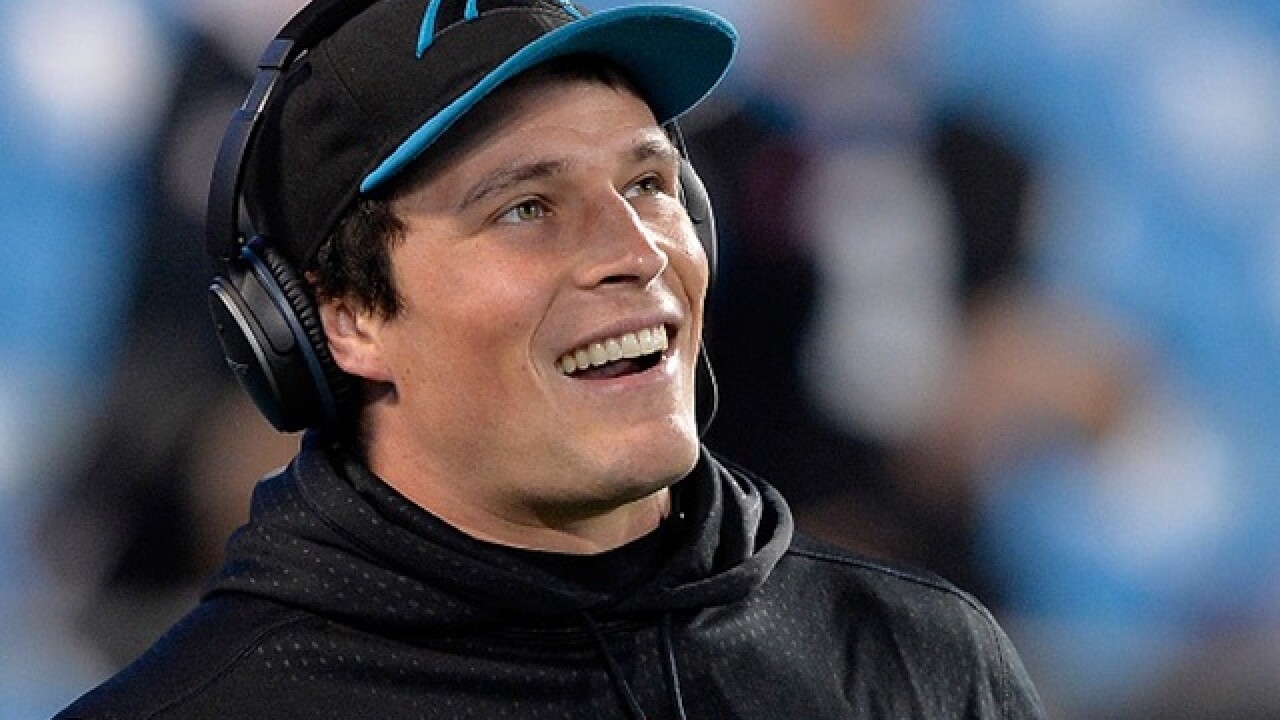 Kuechly, the former St. Xavier High School standout and 2013 NFL Defensive Player of the Year, will appear at 5:30 p.m. for a VIP session and then speak at 8 p.m.

The event is billed as “An Evening with Luke Kuechly” and money raised that day will go toward the field turf campaign for the Deer Park football field. Prasco and ProCamps are presenting sponsors.

Kuechly’s mother, Eileen (Burke) Kuechly is a 1978 Deer Park graduate. She contacted her son asking if he would be willing to help with the fundraiser.

Luke Kuechly’s schedule is very busy this spring, but he and Deer Park Director of Business Jim Stoll were able to work to confirm his appearance in the midst of his limited availability.

Media personality Bill Cunningham, a 1966 Deer Park graduate, will also speak at the event. Cunningham and Luke Kuechly will have a Q&A session at 8:15 p.m. that night.

This will be a rare public appearance in the Cincinnati area for Kuechly. Since he entered the NFL in 2012, he generally speaks to a small group such as in a team setting at St. X.

Kuechly is a three-time Pro Bowl selection and played with the Panthers in Super Bowl 50 in February. In September 2015, he signed a five-year contract extension with the Panthers reportedly worth $62 million.

The 2009 St. Xavier graduate was a three-time First Team All-American at Boston College. He grew up in Evendale.

“We are really excited and grateful that Luke Kuechly is supporting Deer Park and our turf campaign,” Deer Park athletic director and head football coach Eric Taylor said. “What an honor to have one of the best players in the NFL taking an interest in our community. It will be an incredible evening for any Cincinnati sports fan.”

Tickets are $150 and it includes Montgomery Inn dinner, two drink tickets per person, the ability to attend the private meet and greet and take a photo with the NFL star. There are VIP tables of 10 available for $1,500.

Stoll said late Friday morning that 11 of the 22 tables have already been sold within 24 hours.

Tickets are available through Stoll at 513-936-5930 or stoll.j@dpccsd.org to reserve a seat/table.