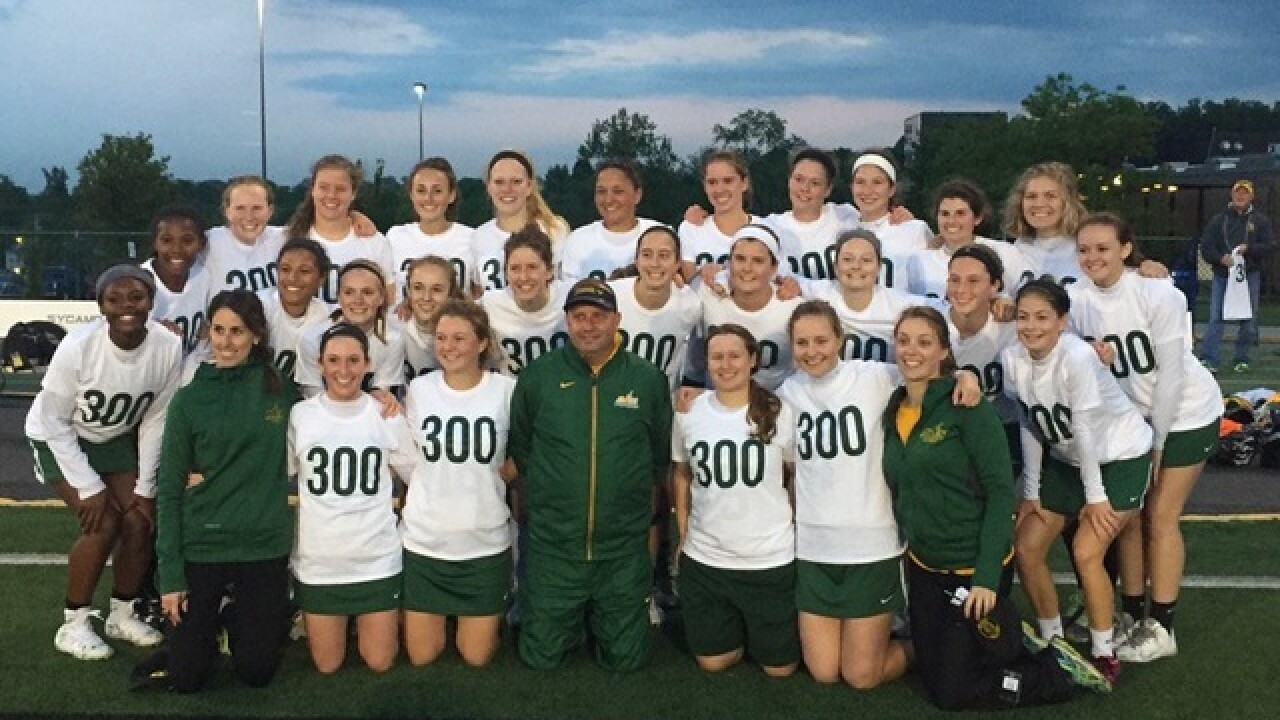 "The Sycamore community is very proud of coach Clark's accomplishment and the program that he has built here at Sycamore," athletic director Phil Poggi said. "More important than the wins, though, is the tremendous impact that coach Clark has had on the lives of so many Sycamore student-athletes in his 17 years as our coach."

Clark has coached 17 seasons at Sycamore and coached one season at Wicomico High School in Salisbury, Maryland, prior to coaching in Ohio. His overall record is 300-58-10 (82 percent winning percentage).

Clark’s teams have produced 28 All-Americans and sent 34 athletes to compete at the collegiate level at programs including Northwestern, Stanford and Ohio State. His teams have reached the Final Four 10 times and won the state championship three times.

"It means I have coached and worked with some really amazing people," Clark said. "It also means I have been blessed with amazing, hard-working girls. It is always special to get to coach such a great group of girls with amazing families."

Paul Balcerzak, commissioner of both the Ohio High School Lacrosse Association (OHSLA) and the Ohio Schoolgirls Lacrosse Association (OSLA), told WCPO.com earlier Thursday he could not refute nor confirm the distinction of Clark being the state’s all-time career wins leader simply because the official coaching records data doesn’t exist.

Either way, Clark has a distinguished career. He attended and played at Salisbury University, where he won a national championship under hall of fame coach Jim Berkman. Clark started his coaching career in 1999 as an assistant at Ohio University.

“I’ve known Eddie for over 15 years, both as a player and a coach,” assistant coach and former player Meredith Post said. “He is by far the most caring, passionate and hardest-working person I’ve ever known. I attribute a lot of the success in my professional and personal life to the values he instilled upon me when I was 15 years old.”

The postseason draw is Sunday, and the brackets will be announced later that night.