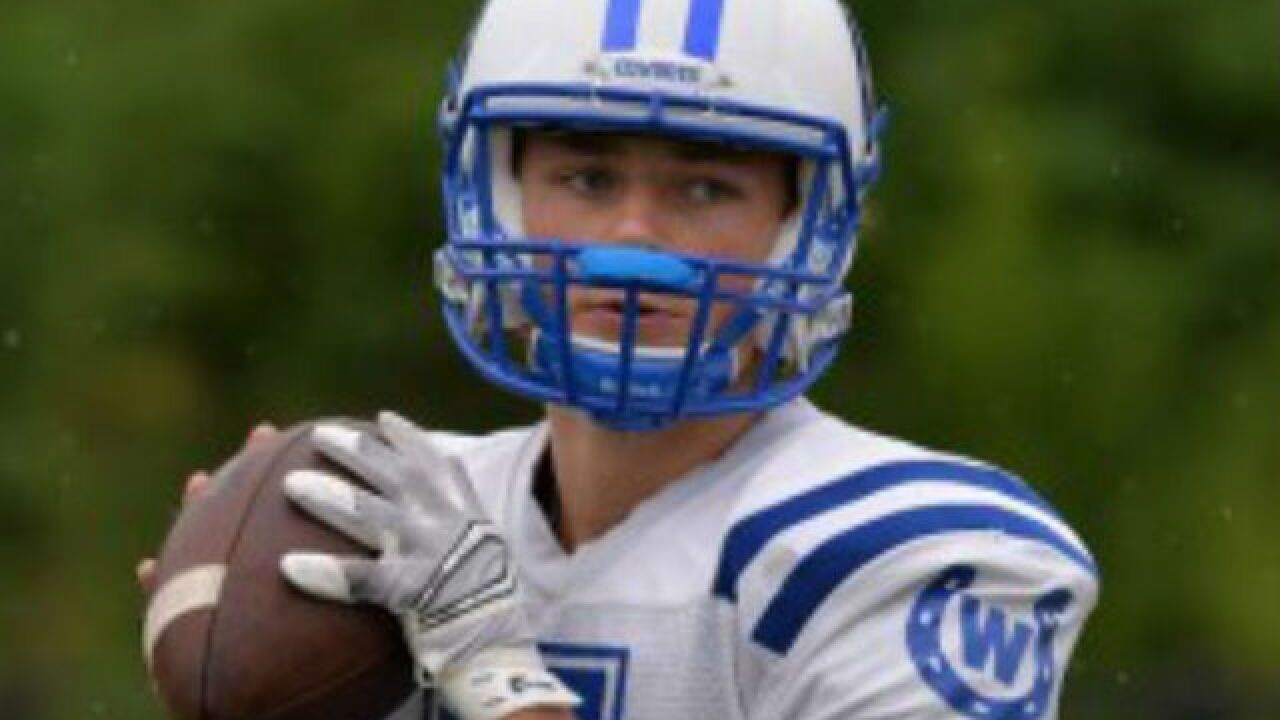 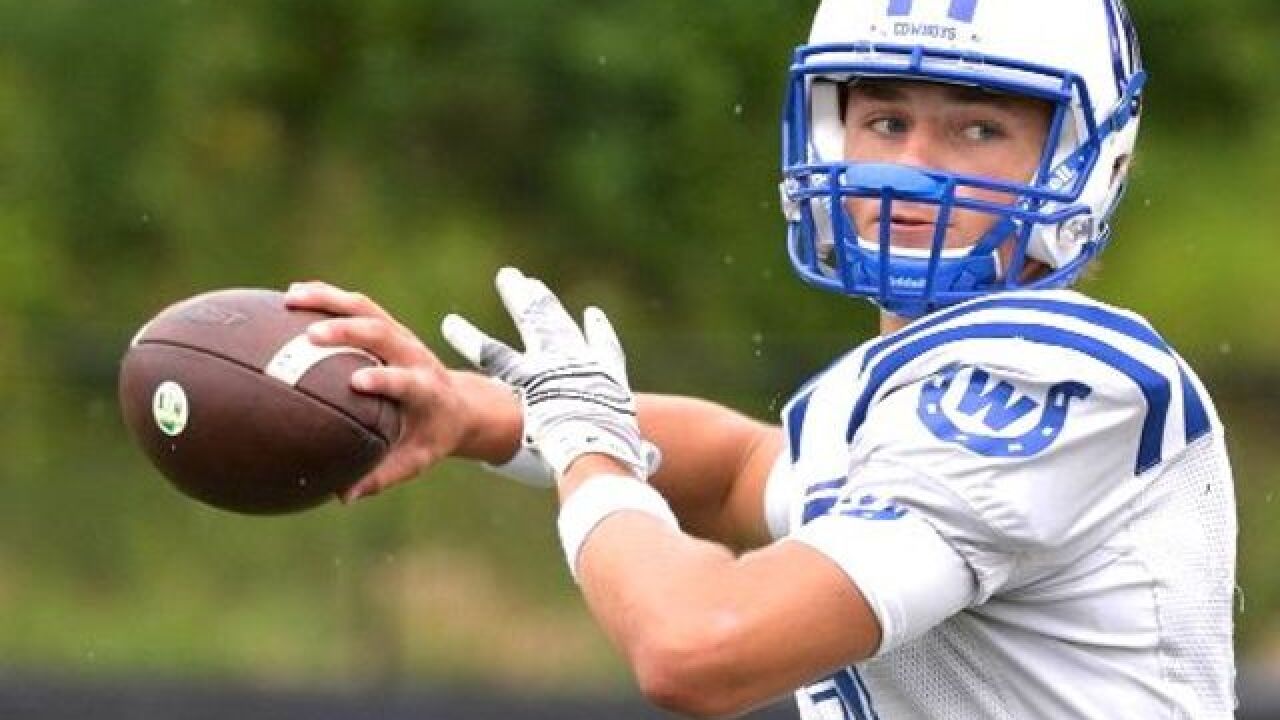 WYOMING, Ohio -- Wyoming 2017 quarterback Andrew Marty verbally committed to Northwestern Monday night after the Wildcats offered him a scholarship in the afternoon.

Marty, who had been previously committed to Miami University, announced his commitment on Twitter Monday night.

Marty, who is 6 feet 4 and 215 pounds, verbally committed to the RedHawks in late March; he was the area’s fourth college football commitment in the 2017 class. Miami was the first program to offer Marty in January.

Marty tweeted it had always been a dream to play Big Ten football so he decided Northwestern was the best option.

“I would like to thank everyone at Miami for generously giving me the opportunity to play for them,” Marty tweeted. “However, I’ve been given an opportunity that I cannot pass up.”

Marty threw for 1,801 yards and 18 touchdowns his sophomore season. He appeared in three varsity games as a junior before he suffered an injury.

“Marty has a very smooth delivery,” ScoutingOhio.com director Mark Porter said. “He is a very good athlete for his size and makes great decisions with the ball.”