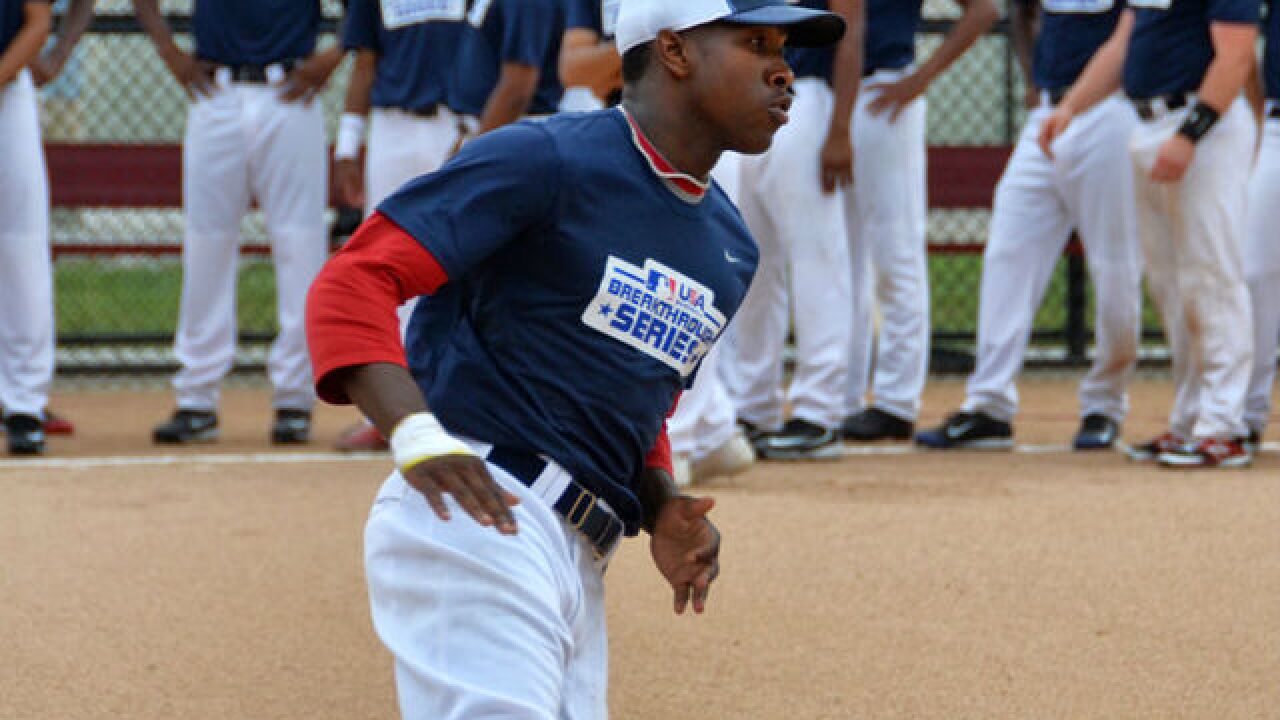 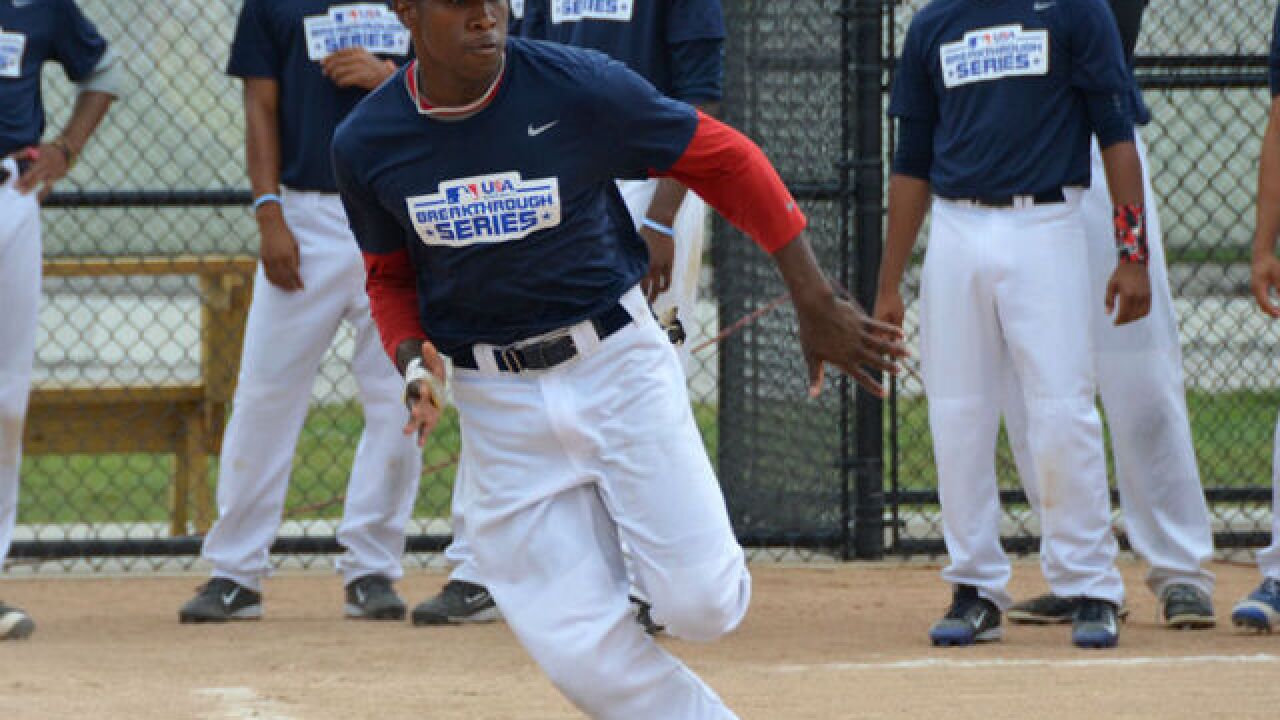 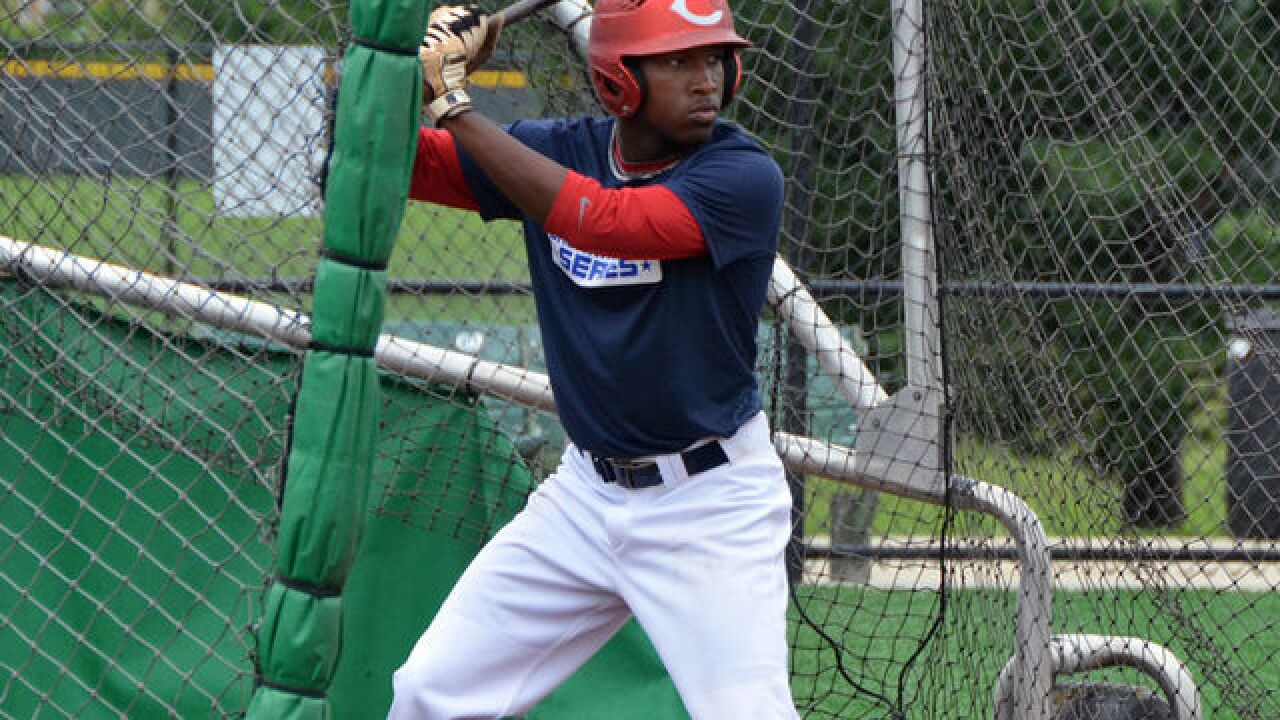 CINCINNATI — R.J. Barnes is eager to play baseball in college. And his commitment to the game has him on the right path.

That’s why the Sycamore senior outfielder was at the Reds Urban Youth Academy last weekend with more than 60 other high school baseball players from 43 cities across the country as part of Major League Baseball’s Breakthrough Series.

“Honestly, I think it’s awesome to be able to pick the mind of someone who played before you,” Barnes said. “And to be able to see and learn how to play the game the right way.”

Barnes plays for Cincinnati RBI Elite U17 and has trained at the Urban Youth Academy for the past two years. His father, Roosevelt Barnes, is the Shroder High School head coach and has helped guide his son on the diamond.

R.J. was involved with the Madisonville Braves knothole team that the Reds Community Fund supported since before he arrived at Sycamore.

The MLB Breakthrough Series started in 2008 and Cincinnati is the fifth city to host the event. Houston, Washington D.C., New Orleans and Philadelphia also host the event but the Reds’ facilities have been considered the crown jewel.

“This is definitely an A-plus event and it’s great to have it in Cincinnati,” Satterwhite said.

The purpose of the series is to develop and maintain baseball skill sets in America. The series is open to any player regardless of income background.

Players receive baseball instruction, but also guidance about academic standards and expectations that offer assistance in the college recruiting process.

An estimated 80 percent of the players who’ve participated in the series have played at NCAA Divisions I-III programs or NAIA, according to former MLB player Darrell Miller, who is vice president of youth and facility development.

“The key thing about the Breakthrough Series is letting (the players) know about the next step,” Miller said. “To let them know about the (NCAA) standards is important.”

Barnes has been working on his outfield skills and trying to improve his angles to the ball. He looks back on his development since he was a young ballplayer and says his love for the game continues to progress.

Pete Muehlenkamp, Sycamore’s newly hired baseball coach after he won 268 games in 14 years at Reading, knows Barnes made an impact in the scrimmages the two schools participated in. He’s looking forward to working with him next spring.

Sycamore Athletic Director Phil Poggi said Barnes is a “true leader” in the class of 2017.

“R.J. is a very talented baseball player, but more importantly he embodies the characteristics of the model student-athlete at Sycamore,” Poggi said. “Since last fall, when I met him, he has always carried himself with integrity and class both in the classroom and on the ballfield. His leadership, along with the rest of the seniors, will be key to beginning a new legacy under coach Muehlenkamp.”