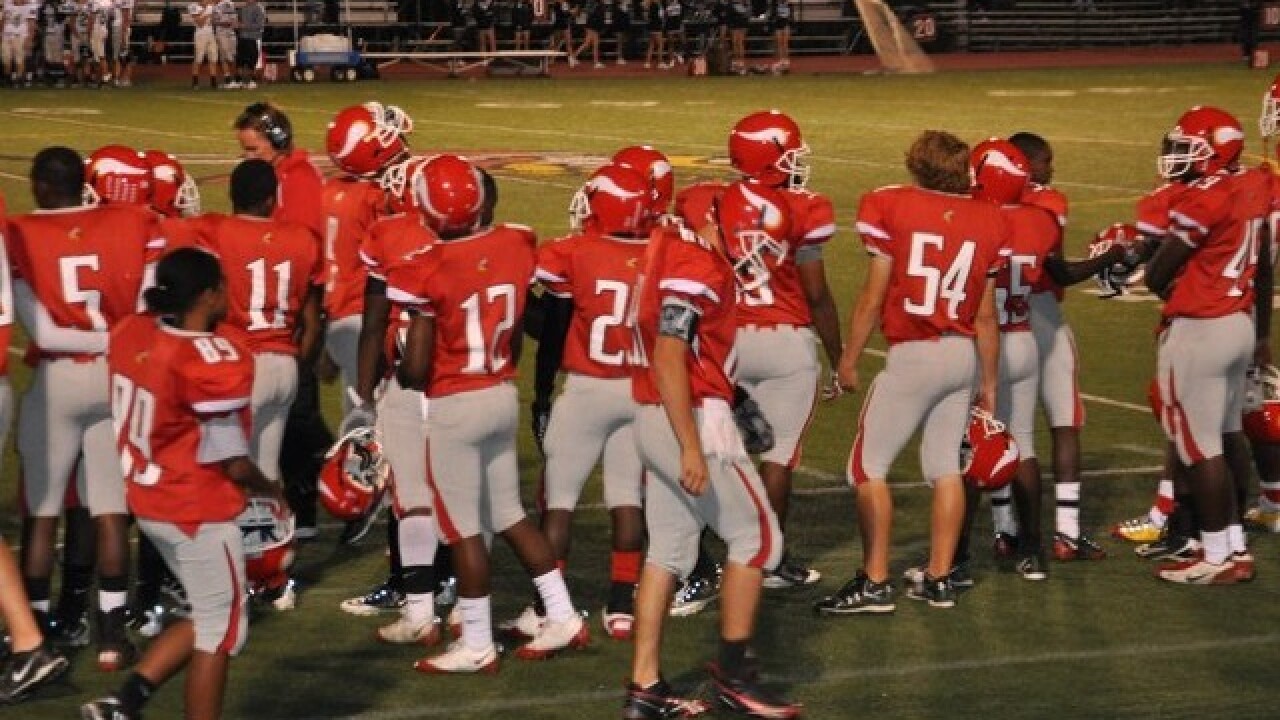 Pat McLaughlin understands the tradition surrounding the Princeton football program, and also its potential. And that’s why he’s so eager to embrace an opportunity to coach at the Greater Miami Conference program.

McLaughlin, who led the Reading football team the past two seasons, was approved Monday night as the Vikings coach by the Princeton Board of Education. He will teach social studies.

“It is a well-known school,” said McLaughlin, a 1996 Moeller graduate. “They have a lot of name recognition. It reminds me of Moeller.”

McLaughlin, 38, led Reading to the Division IV playoffs in 2015 in just his second season. It was the first playoff appearance for the Blue Devils since 2006. Reading entered Week 10 with a 9-0 record for the first time since 2002.

Princeton held three rounds of interviews, and each time, McLaughlin climbed to the top for the interview committee, Croley said.

“His attention to detail – he’s very meticulous 'X-and-O'-wise,” Croley said. “He has a passion for taking young boys and turning them into young men.”

McLaughlin told the Reading football team at 7:15 a.m. Monday. He admits it was a difficult decision, but he encouraged the Reading players to continue to believe in each other whoever the next coach will be.

“They are all good kids, and you have to make tough decisions for your family,” McLaughlin said. “I think they appreciate it.”

McLaughlin will meet with the Princeton football team at 2:30 p.m. Tuesday.

“I am really excited to do that,” McLaughlin said.

The interviews for the Princeton head football coaching position were held off campus, so this will be the first time he is able to see the facilities.

“I think it’s an opportunity to embrace the past, but also an opportunity for the kids to create their own journey and identity,” McLaughlin said. “Hopefully, they look back at (their experience) 20 years from now similar to what the 1983 and ’85 teams did when Princeton was rolling.”

Prior to Reading, McLaughlin was an assistant from 2006 to 2014 at his alma mater, Moeller, where he coached the secondary, then running backs and finally was the co-offensive coordinator with Chris Majors under head coach John Rodenberg.

Rodenberg said he knew McLaughlin always wanted to be a head coach and he found the right fit in Reading two years ago. Princeton is good fit, too, Rodenberg said, and he knows McLaughlin will bring excellent organizational skills along with a significant work ethic.

Moeller plays Princeton in the Crusaders’ second scrimmage this August.

“I think he’s ready,” Rodenberg said of McLaughlin. “He knows both sides of the ball. I think it’s good job for him. He understands the tradition.”

McLaughlin’s coaching resume also includes a three-year stint as the assistant coach at Haywood High School in Brownsville, Tennessee, from 2003-06.

Laughlin and his wife Layne have four children: Patrick, Jack, Brooks and Nora. The family lives in Liberty Township.

Princeton was 3-7 overall and 1-6 in the Greater Miami Conference in 2015. The Vikings were coached Calvin Johnson the past two seasons.