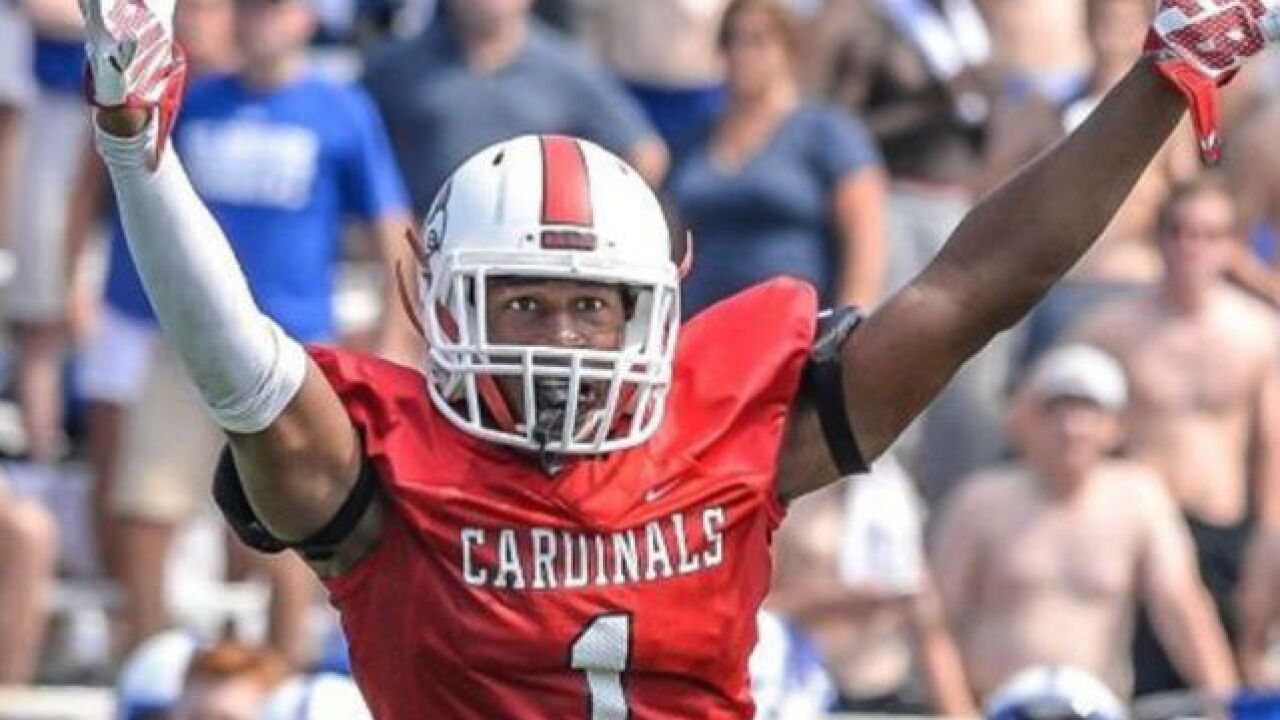 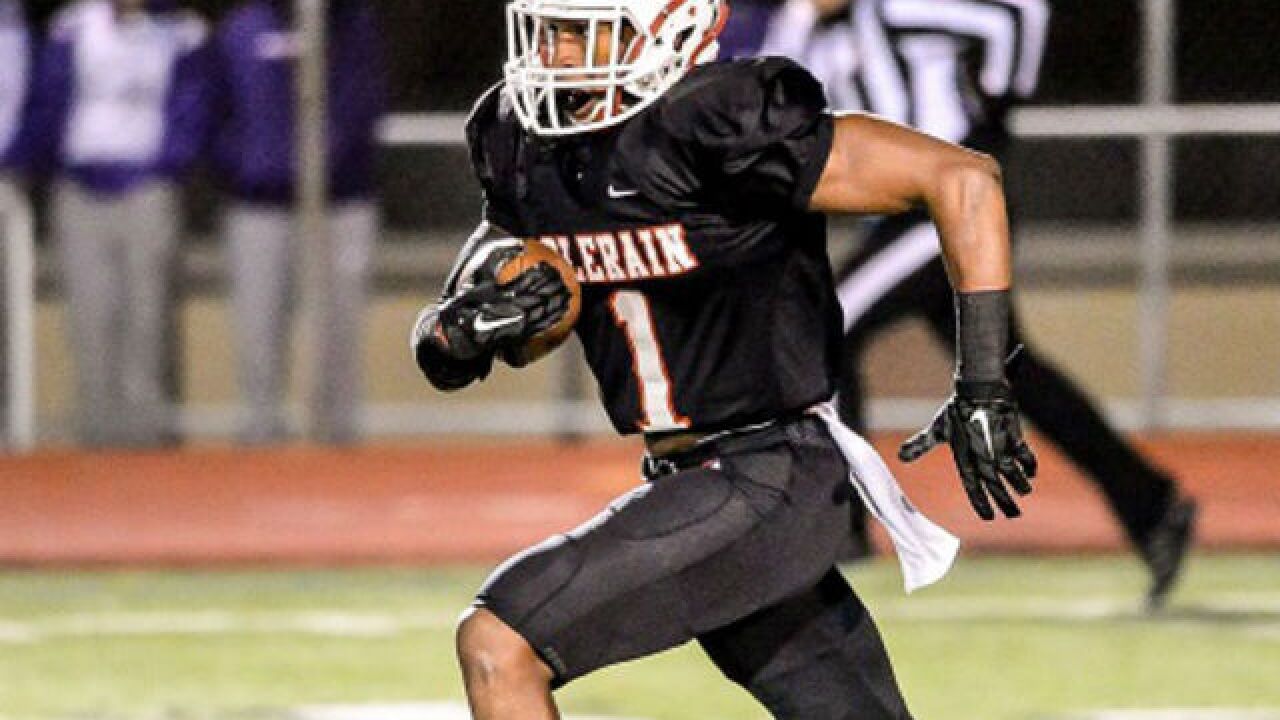 "A dream come true," Riep said after his announcement.

Riep, one of the nation’s top football players in the 2017 class, made the announcement at Colerain High School in front of family, friends, coaches and teammates in a large classroom on his 18th birthday. He unveiled an Ohio State hat that matched his Colerain shirt.

Riep was one of the most recruited athletes in the Cincinnati area in any sport in the past decade. Colerain coach Tom Bolden said the athletic department staff thought it was appropriate to have a formal announcement instead of announcing on social media.

Colerain has not had a news conference for a verbal commitment in the 10 years Bolden has been head coach but said the school has rarely had a student-athlete with this many scholarship offers.

Ohio State assistant coach Kerry Coombs, a former Colerain head coach, who led the Cardinals to the 2004 Division I state title, quickly tweeted "Boom" with 12 Scarlet and Gray O's. Ohio State is not permitted to speak publicly on a specific recruit until the player signs a letter of intent Feb. 1.

Coombs built a relationship with Riep which proved to be vital during the recruiting process. Riep said he felt comfortable with the Buckeyes' staff and wanted the opportunity to play at the highest level of college football. Riep visited Ohio Stadium for its annual "Friday Night Lights" camp this weekend.
"Now I can focus on the (Colerain) season knowing I am going to a great university," Riep said.

Riep gave his pledge to Ohio State head coach Urban Meyer about a month ago and kept the decision a secret to others until Saturday afternoon.

Riep had publicly narrowed his final choices to Alabama, Michigan State and Ohio State but did not visit Michigan State or Alabama this past week. It was the Buckeyes all along.

Riep, who is 6 feet and 185 pounds, was second-team all-state, first-team all-district and the Greater Miami Conference defensive player of the year in 2015.

He had 53 tackles and seven interceptions for the Cardinals (12-2), who were a Division I state semifinalist a year ago. He was also Colerain’s kick and punter returner in 2015.

He has an opportunity to play right away as a freshman in college as a physical shutdown corner or safety.

Even though football players may verbally commit to a college program at any time, the recruiting journey doesn’t officially end until National Signing Day Feb. 1, 2017.