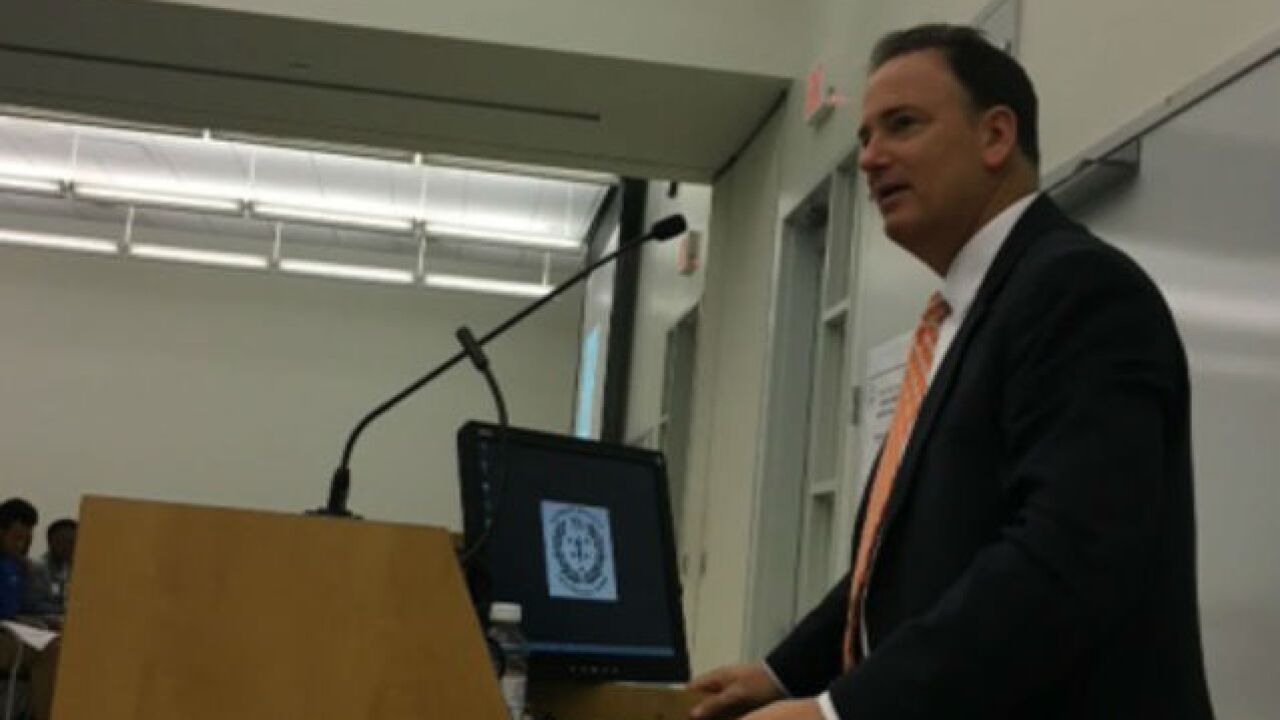 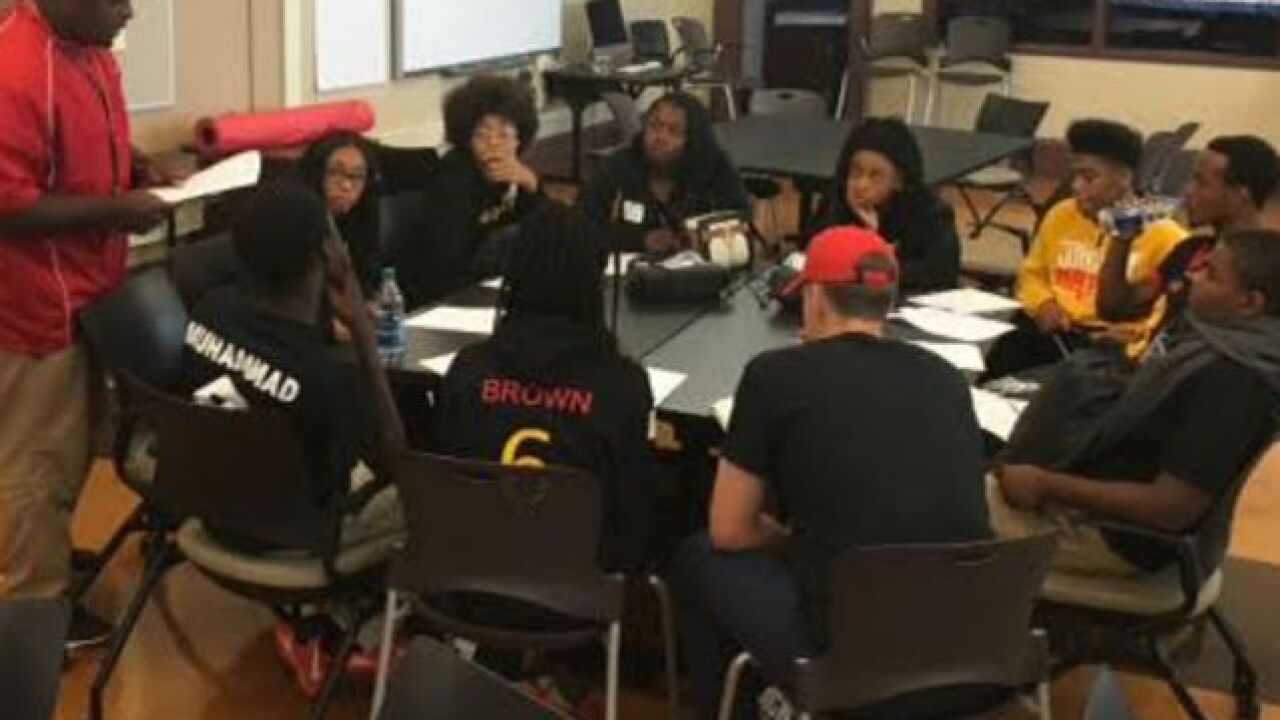 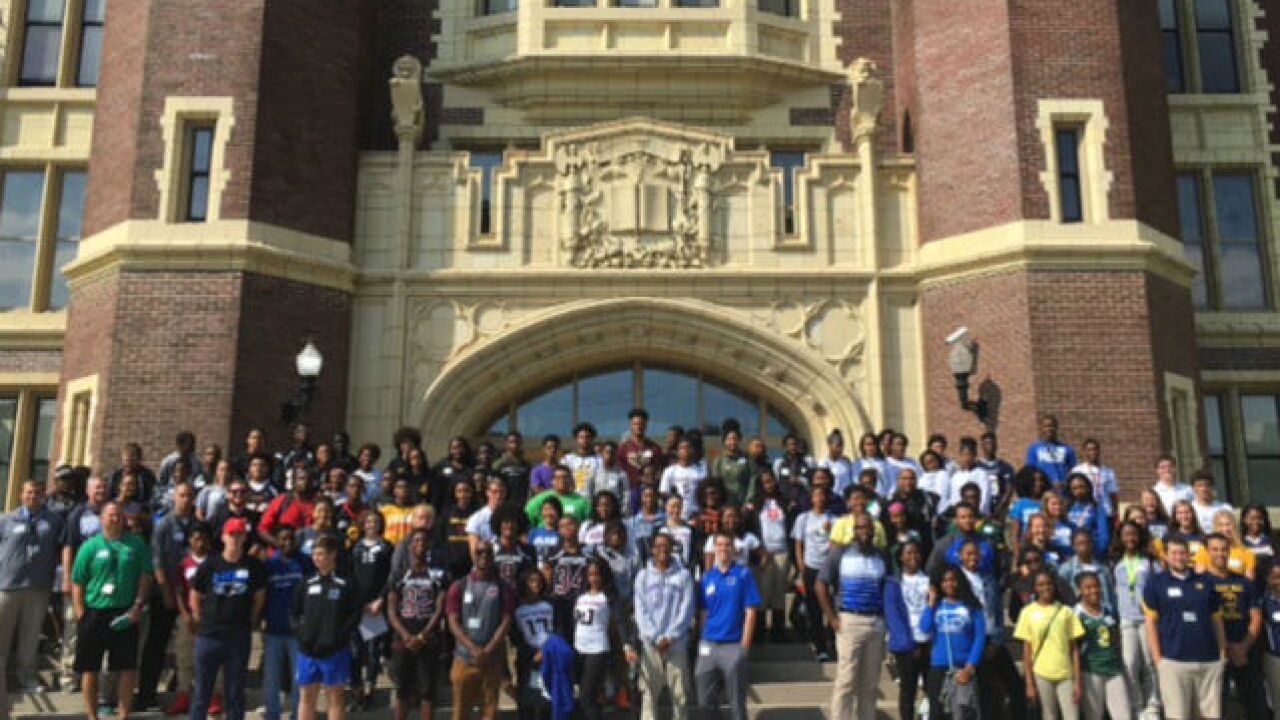 Aiken senior football player Tahjay Woodward may have summed up the characteristics of the day best.

“He told me, ‘It creates a next-level athlete by making a difference in the community, in the classroom and in the hallways,” Brownfield said.

That perspective spoke volumes for the goals the 110 students from 12 of the district’s 13 high schools set out to accomplish Wednesday in the first leadership event, held at the University of Cincinnati and Hughes High School.

When Josh Hardin accepted the Cincinnati Public Schools athletics manager position this summer, he brought his vision for bringing the athletics programs together. Wednesday marked a significant step in that process.

“It was awesome,” said Hardin, a Walnut Hills alum and former assistant athletic director at the school. “It was a really great experience.”

The goals were to empower the student-athletes with leadership skills in their schools and communities. It also connected students with charitable organizations to complete outreach work and projects.

The final 30 minutes of the program built a foundation for forming a leadership team/council at each respective high school.

Clark Montessori Athletic Director Brian Meyer said his school already has a leadership council within the school and saw great value in having the district get on board with such an initiative. Meyer said his students are looking forward to next year’s event when it can learn what the other schools accomplished.

“I thought it was a great group of kids from each school to discuss leadership,” Meyer said.

Hardin said he received excellent cooperation from the school athletic directors on the organization of transportation, permission slips and communication to make Wednesday a success.

Each speaker had special messages for the student-athletes. Berding spoke about the “power of sports and the pride we have in our city and how sports is meant to unite us,” Hardin said.

The student-athletes also started a mentoring project with five primary schools within the district. The high school students wrote a letter to start a “pen pal” program to encourage the younger students.

Shroder Athletic Director P.J. Pope said the students were so engaged with the mentoring opportunity that some were on two or three pages of written correspondence before the time expired.

“It was a great experience in helping to build character and leadership,” Pope said.

Hardin said he received a great deal of positive feedback from the day and is already starting on plans for the second event in the 2017-18 school year.

“I saw this as an opportunity to bring the district together and grow their leadership skills,” Hardin said.