Back from Masters, St. X golfers cheer for alum 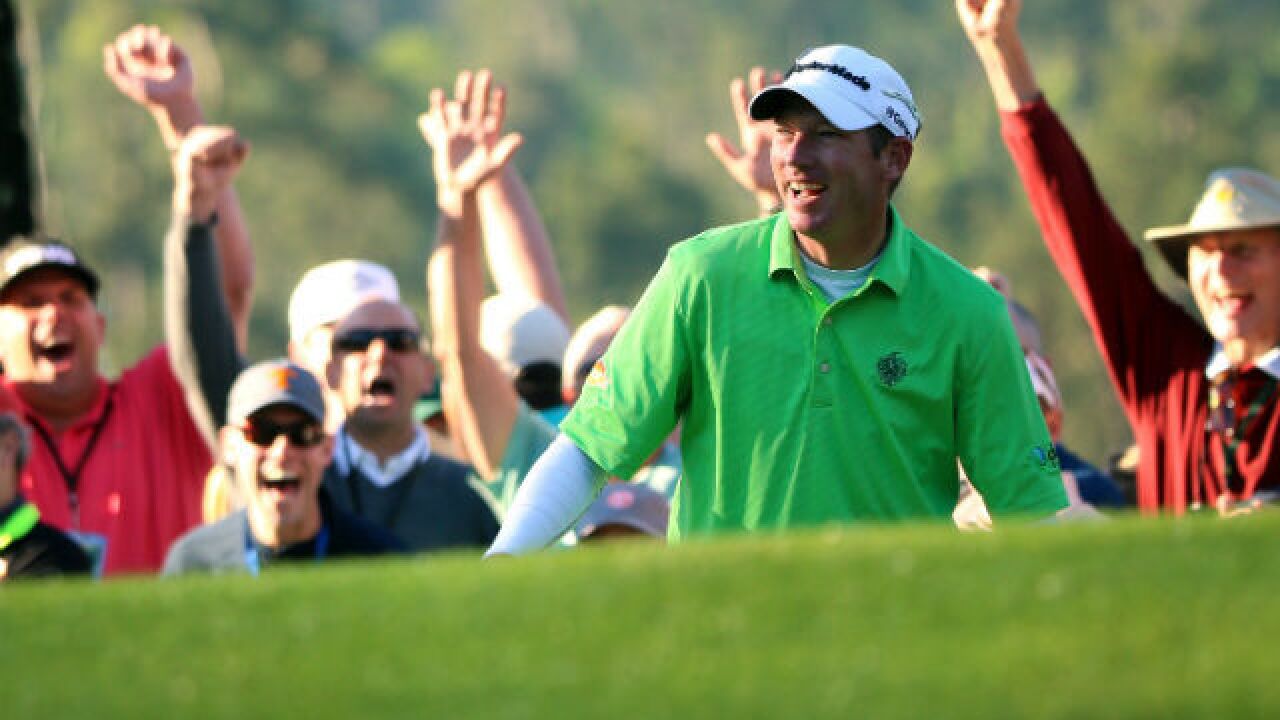 <p>AUGUSTA, GEORGIA - Jim Herman and fans react after he chipped in for birdie on the first hole during the first round of the 2016 Masters Tournament at Augusta National Golf Club on April 7, 2016. (Photo by Andrew Redington/Getty Images)</p>

FRIDAY UPDATE: Jim Herman shot 6-over-par 78 in the second round and was doomed to miss the cut at 9 over.

CINCINNATI –  Back from a trip of a lifetime to The Masters golf tournament, the St. Xavier High School golf team was comparing notes after getting a closeup look at the best players in the world.

And cheering for Jim Herman, the  St. X grad who sponsored their trip.

It came together very quickly after Herman's first PGA Tour victory Sunday qualified him for the winners-only Masters. Herman called the school on Monday and invited to the team to Augusta, Georgia, to watch the  practice round.

"We sat on the (driving) range first and watched a lot of the pros hit and we kind of examined their swings cause we all work on our own swings together," said St. Xavier senior Domenic Maricocchi.

But the visit to Augusta National Golf Club wasn't just a lesson in golf. It was also a lesson in life.

Herman is living proof of that. He was cut from all of the popular sports teams at St. Xavier before finding his niche as a golfer.

Herman's first round at The Masters Thursday started spectacularly with birdies on the first two holes. Because he was the first player to tee off, that meant his name was atop the leaderboard.

But that didn't last long. He struggled the rest of the way with six bogeys and one birdie to finish at 3-over-par 75.

Herman needs to play better Friday to make the cut and stay in the tournament for the last two rounds.

"I'm pretty sure that might be his first goal - to make the cut - and after he makes the cut go from there and see if he can do well," Maricocchi said.

To make the cut, Herman must either finish the second round with one of the best 50 scores (plus ties) or finish   within 10 strokes of the lead. After one round,  he's tied for 60th place, 11 strokes behind the leader, Jordan Spieth.