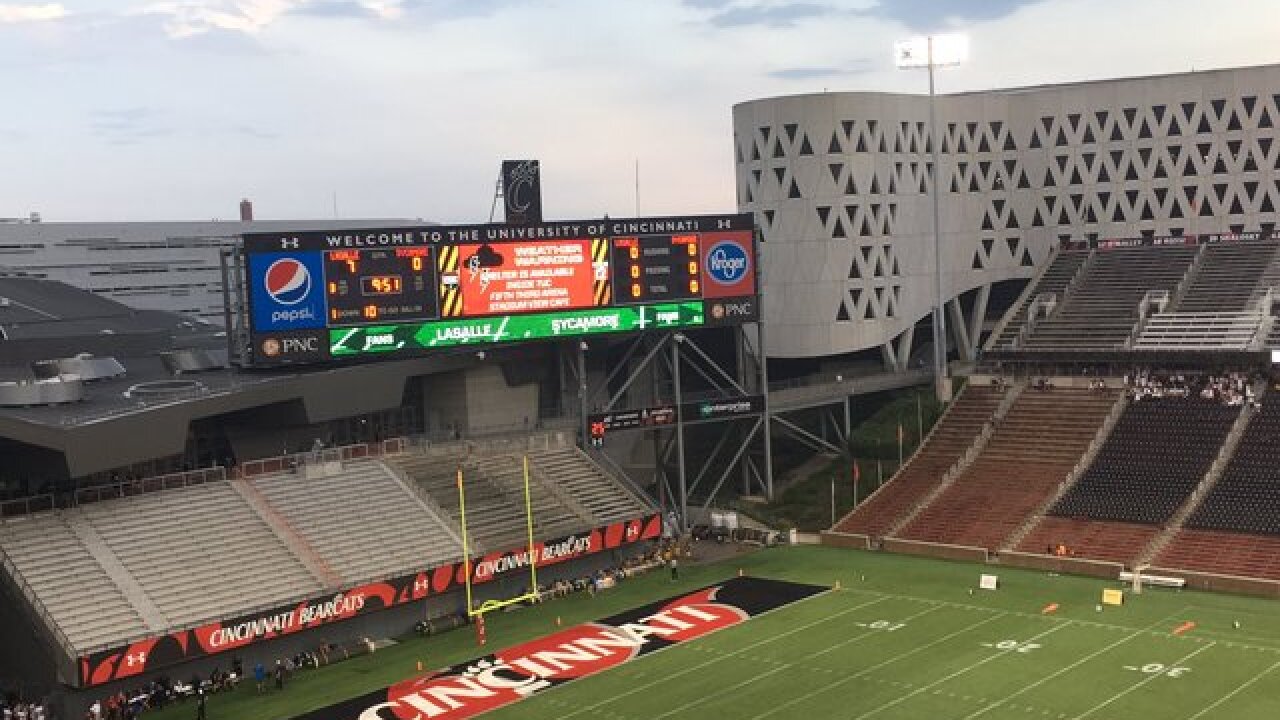 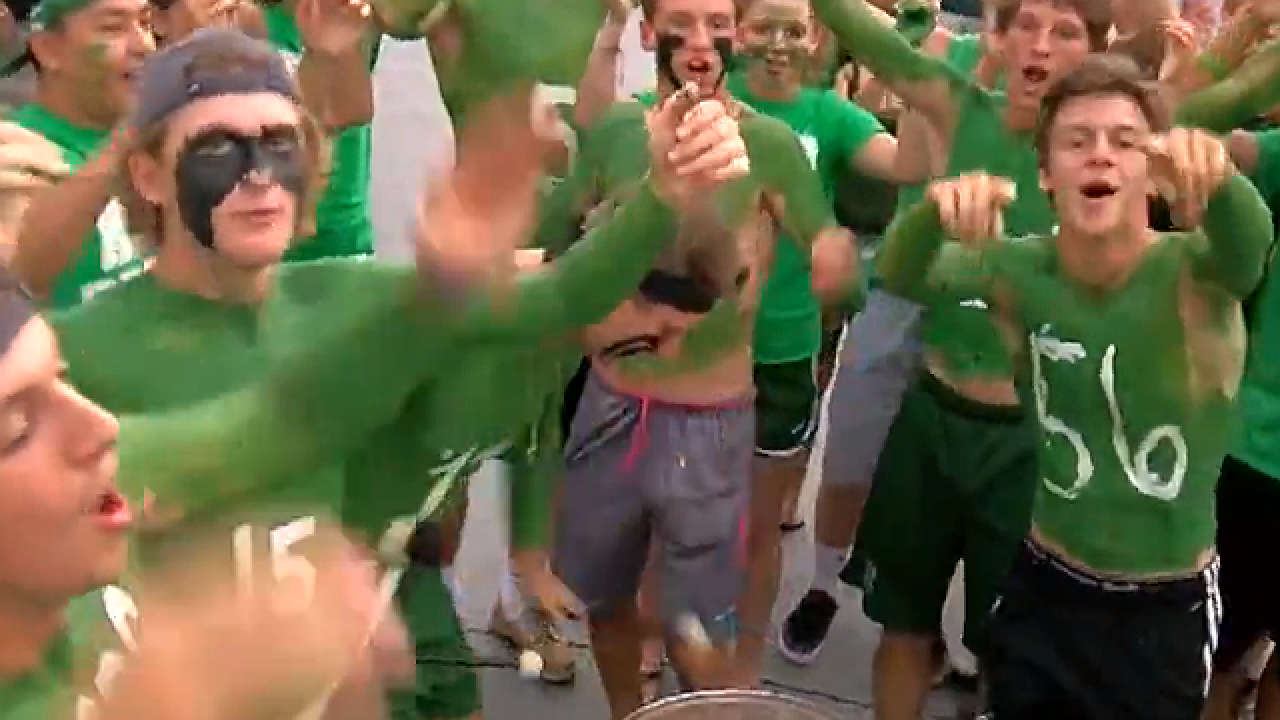 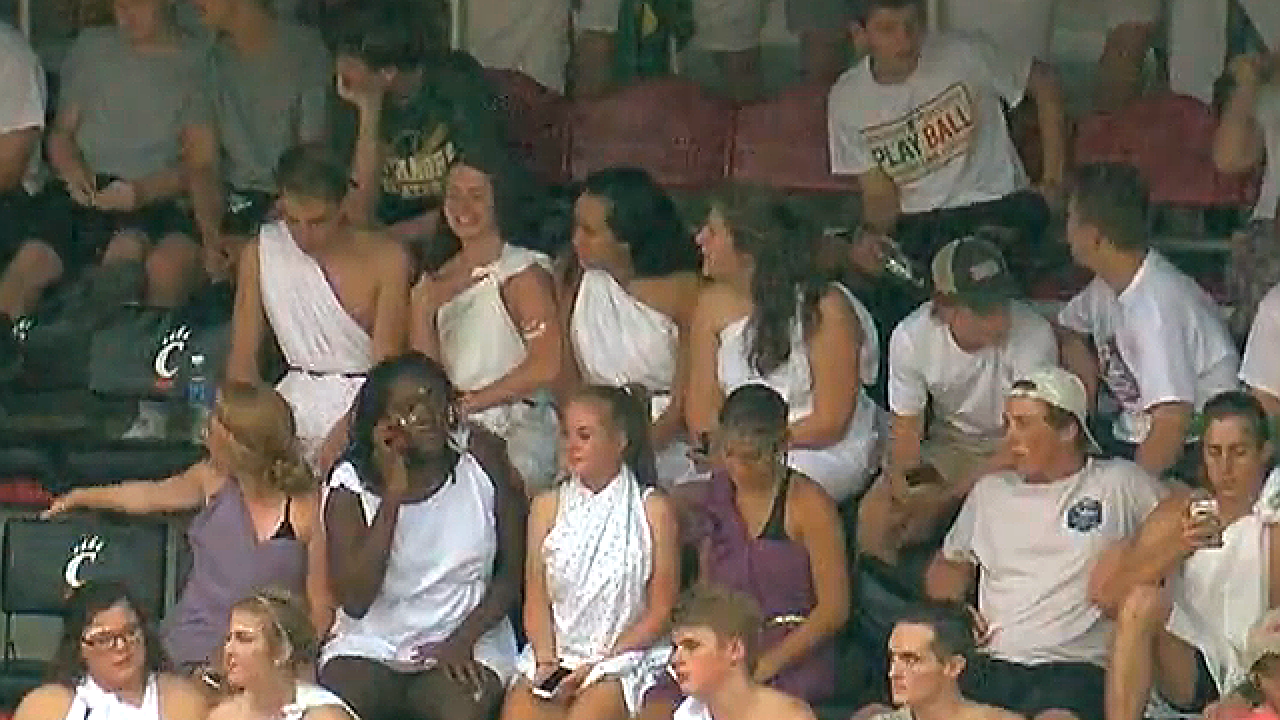 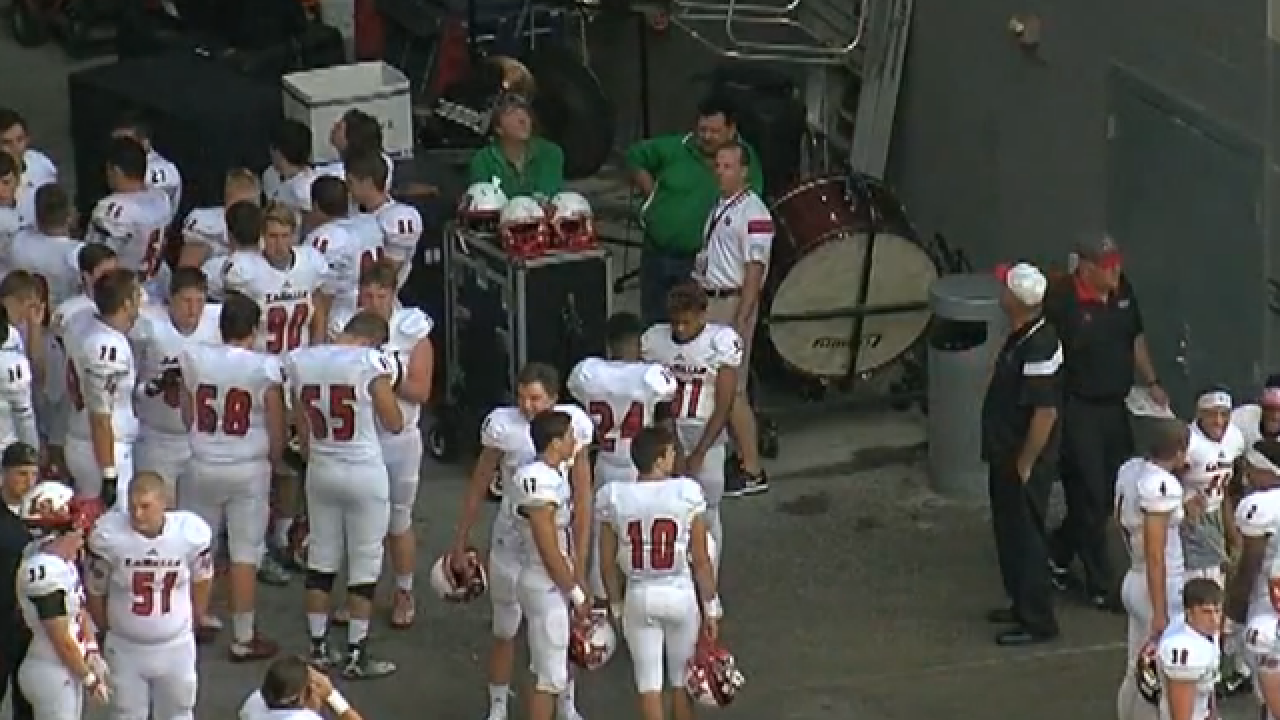 CINCINNATI -- There are 26 new high school football games on Saturday's schedule after lightning forced 27 Friday games to be postponed.

Scroll down to see the schedule with times and sites.

Only 18 Friday night games were completed and some of those were Tri-State teams playing on the road.

Go to our scoreboard to see Friday night's scores.

The only makeup game that won't be played Saturday is Bracken County at Ludlow. It was rescheduled for Oct. 28.

Hardest hit was the Skyline Chili Crosstown Showdown at the University of Cincinnati, where both Friday doubleheaders were postponed. Now, three games have to be moved from UC because three other Showdown games were already scheduled there Saturday.

Lakota West and Moeller will return to Nippert Stadium and kick off at 9:30 a.m.

The Sycamore-La Salle game, which had to be stopped in progress, will be completed at 7 p.m. Saturday at Sycamore Jr. High. La Salle leads 7-0 at the 9:51 mark of the first quarter.

Some Friday games had to be stopped and some never got started. Others were delayed but finished.