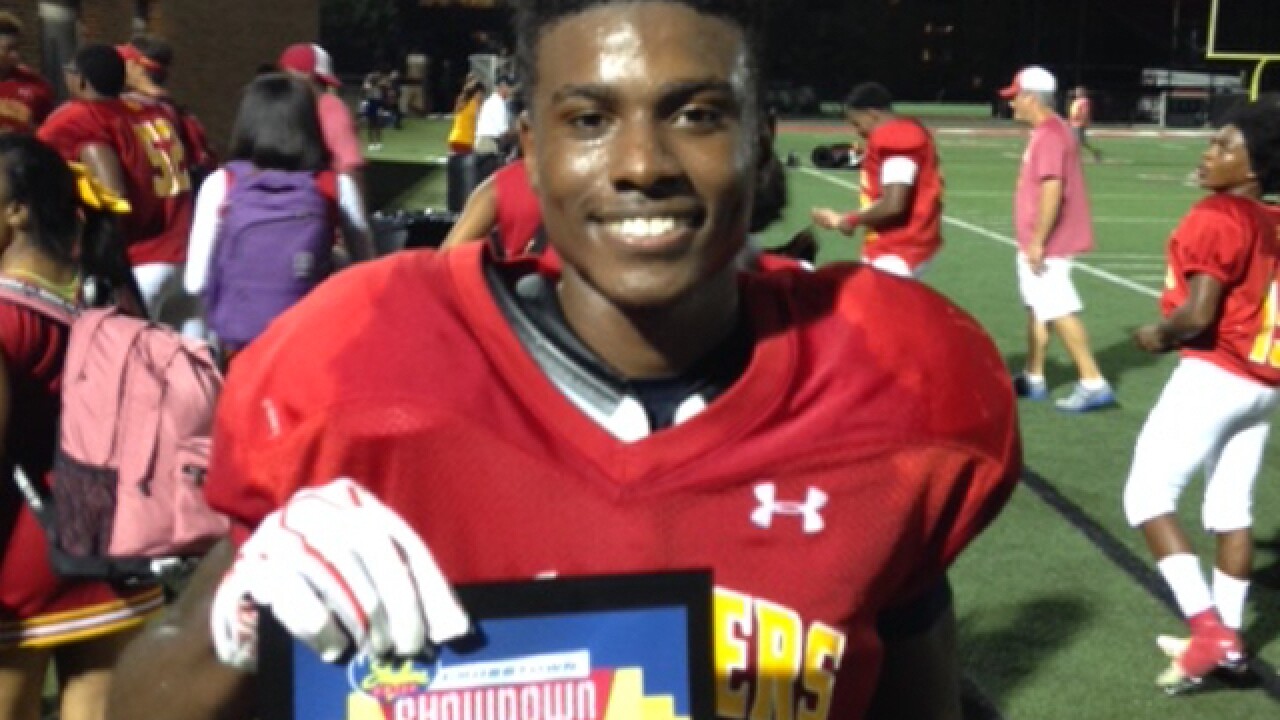 Just a few minutes after a game-winning 50-yard interception, the Purcell Marian senior defensive back was surrounded by teammates. He posed for a few photos from well wishers in the seating section of Sheakley Athletics Center.

"What a great way to start off my senior year," Johnson said.

"It couldn’t happen to a better kid," Purcell coach Jon Tobin said. "He is a leader on our football team. He is a senior. 'Yes sir, no sir' kind of a guy. He does it right in and out of the classroom. We want that guy in that position at that time. Just unbelievable."

Johnson, a member of the track team, is in his first year of playing football with the Cavaliers. He’s enjoying every minute of this season.

"It was awesome," Tobin said. "Our guys played shoulder to shoulder tonight. We had to play like a family if we were going to beat a good team like Summit."

The Cavaliers led 7-6 at halftime after junior Anthony Clark scored on a four-yard touchdown run with 6:23 left in the first quarter. Senior Raven Cox added the extra point.

The Silver Knights responded early in the second quarter when senior quarterback Zairn Davis scored on a one-yard touchdown run at the 10:15 mark of the second quarter. The extra point failed and the score remained at 7-6 entering the third quarter.

The Cavaliers went ahead 14-6 in the third after senior Ben Bates found sophomore Ace Taylor for a 17-yard touchdown pass connection.

Davis scored his second touchdown run of the game early in the fourth quarter to close the gap.

Then, Purcell connected on a big play on the next drive when Bates found senior Quamantee Richardson for a 62-yard touchdown pass connection.

Summit responded on the next drive with a hook and ladder when sophomore Wil Eads scored on a lateral from senior Allen Waltz.

“It was what we needed for a spark,” Summit Country Day coach Justin Isaacs said.

Purcell punted on its next drive. Then Summit sustained its own drive at its 46 before the interception.

Isaacs said the Silver Knights have been in close games before, and they will learn from this experience.

“I told the team to keep pushing forward and trust the process,” Isaacs said.