Dyer: Just making it to Columbus a win for Aiken 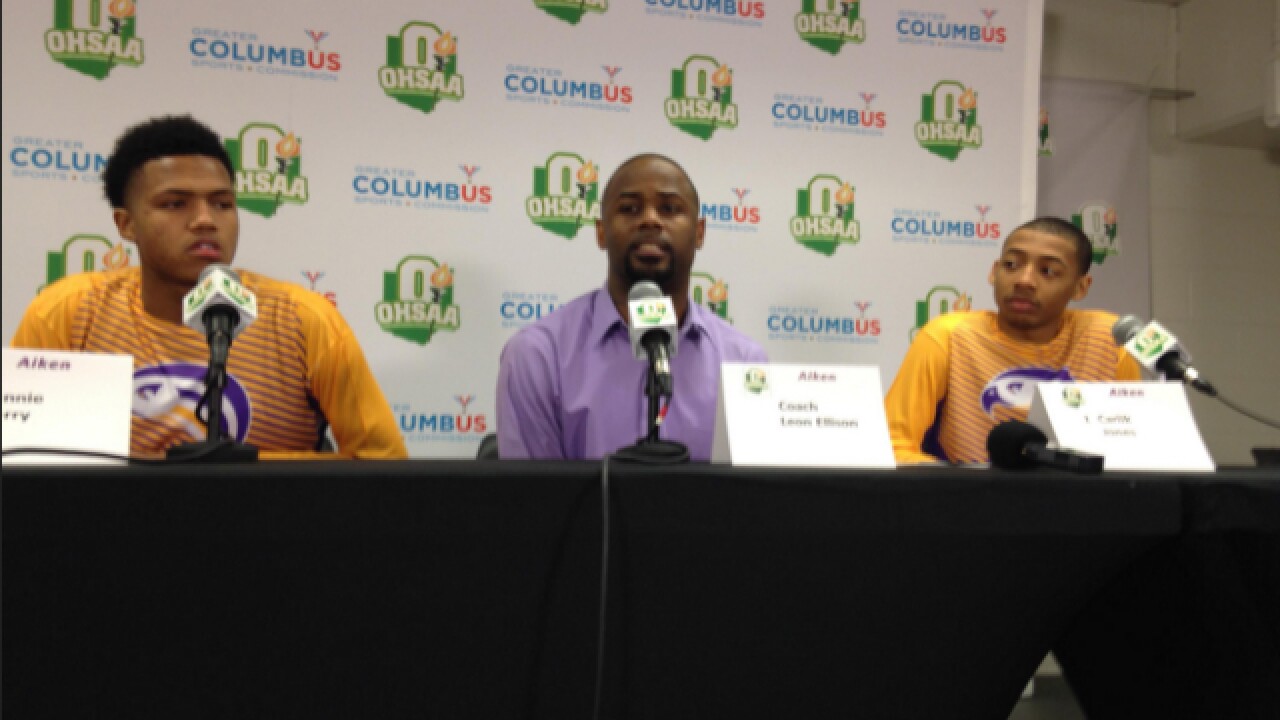 Maybe, in the words of Ellison, the Falcons weren’t prepared to compete in front of 7,998 at the Schottenstein Center.

The moment may have been too big.

But, the Falcons were winners for just being in Columbus and earning the program’s first state tournament appearance.

Akron St. Vincent-St. Mary defeated Aiken 85-68 in a Division II state semifinal Thursday night, but the Falcons were proud to represent Cincinnati and their high school.

“I told this to the guys in the locker room,” Ellison said. “’Half of you guys are surviving and fighting for your life every night. Seeing your buddies shot night in and night out. Coming from homes where parents aren’t there. Parents are not here watching you up at the state tournament. Not knowing where you are getting your next meal. The last thing we need to be worried about is a basketball game.’”

“It was a great experience for me,” said Jones, a Radford signee. “Every time I made it to the playoffs I’ve lost in the district. So making it to Ohio State is a big thing for me.”

Jones had a memorable postseason. He scored 57 points against Hughes in the sectional final and helped his team get past Alter and Taft in the regional tournament.

Ellison coached Jones in AAU when the guard was in grade school. The AAU won national titles.

Ellison told college coaches to take a look at his standout but not many did.

Ellison held back tears as he spoke about Jones in the postgame press conference.

“This kid got no attention up until this year,” Ellison said. “The schools didn’t come knocking. …He was always overshadowed because of the kids he played with and this year he kind of showed them like ‘Hey, you guys should’ve really took a look. Now there is a whole bunch of schools upset they didn’t take a look. Radford got a big-time steal.”

Ellison said the Falcons succumbed to the moment and Aiken didn’t compete to its fullest potential.

SVSM led 25-13 at the end of the first quarter. Ellison said the Falcons weren’t aggressive enough on the glass and defensively early on.

SVSM led by as much as 25 points in the game.

Lanes were wide open on multiple possessions and other players didn’t step up, Ellison said. Aiken used it as a teaching moment after the game.

“It’s a great life lesson for them,” Ellison said. “Because nothing is promised to you. No one is going to lay down for you. You have to finish out what you started.”