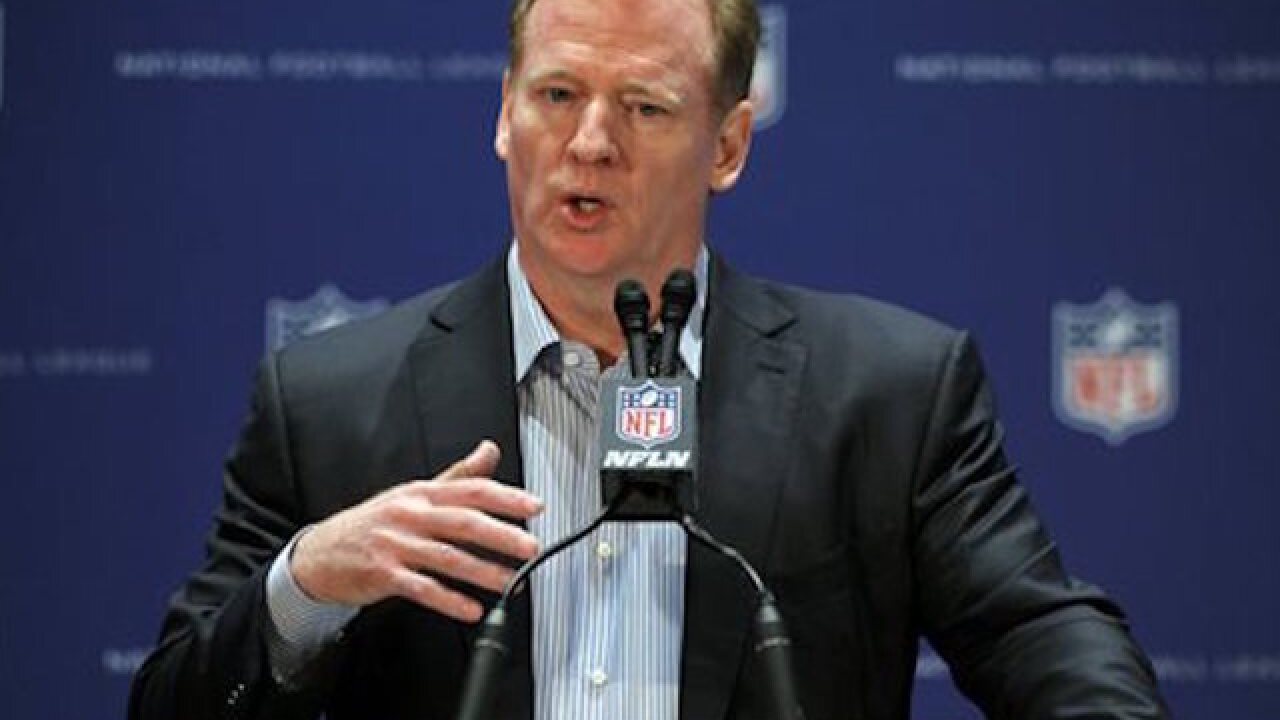 BOCA RATON, Fla. (AP) — Roger Goodell will not be returning the draft picks stripped from the New England Patriots for the use of deflated footballs in the 2014 AFC championship game.

The NFL commissioner said Wednesday at the owners' meetings that he responded to a letter from Patriots owner Robert Kraft seeking reinstatement of the first-round selection in next month's draft and a fourth-rounder in 2017. Goodell told Kraft he "considered his views and didn't think there was any reason in there to alter the discipline. There will be no changes."

New England also was fined $1 million and quarterback Tom Brady was suspended for four games for his role in what has been dubbed "Deflategate." That suspension was overturned in court and the NFL has appealed.

Goodell says of reports of a pending settlement with Brady, "I am not aware of that."