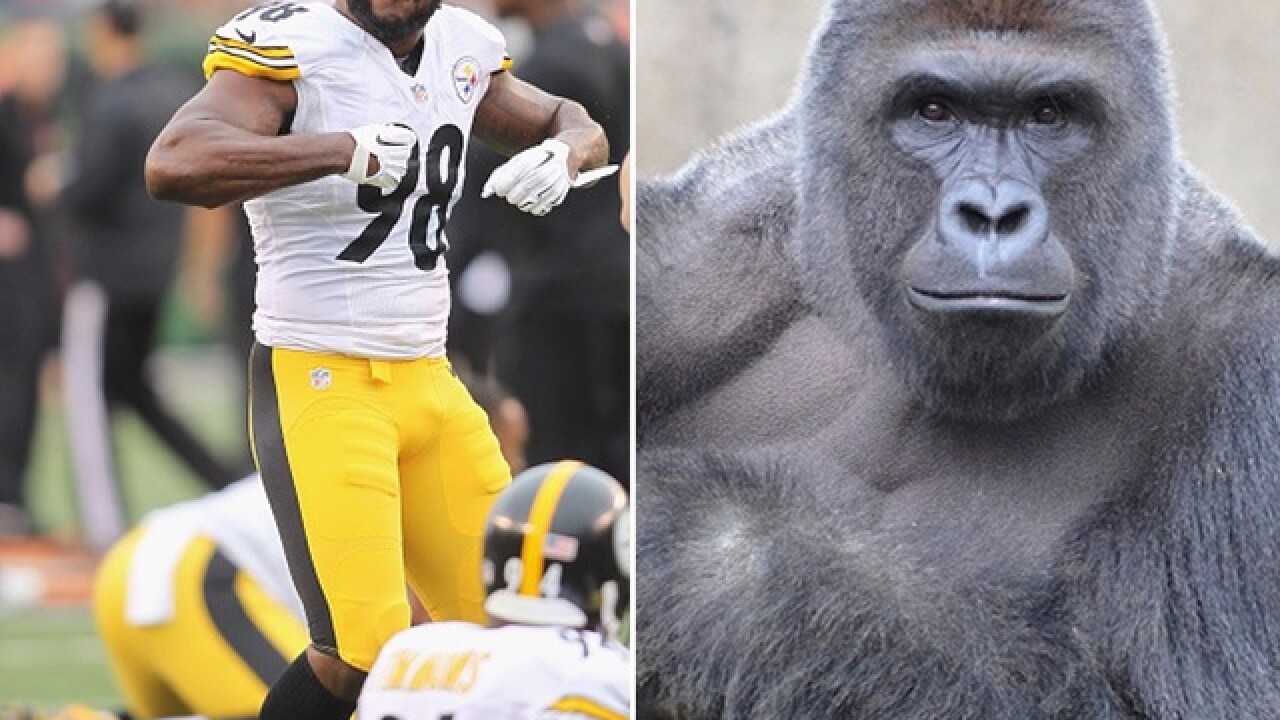 CINCINNATI -- Adding fuel to the conference rivalry fire, Steelers LB Vince Williams tweeted a joke about falling into a gorilla cage -- an obvious jab at the Cincinnati zoo's May 28 incident that resulted in the death of 17-year-old silverback gorilla Harambe.

If I fall in a gorillas cage help the gorillas

"If I fall in a gorillas cage help the gorillas," Williams tweeted four days after Harambe was killed.

He also tweeted “The Gorilla was from Cincinnati. I didn’t drop one tear. He in a better place now,” the same day. The tweet has since been deleted, according to Sporting News.

As one would imagine, Williams' tweet got some backlash -- and served as a springboard for trash talk from Bengals fans.

@VinnyVidiVici98 what an insensitive comment. We're devastated as a community. Rivalry or not your deleted tweet was unneeded.

@VinnyVidiVici98 how you goin to handle a gorilla and you can't even get on the field??

Twitter user Tava Lobenglio -- shown sporting a Bengals jersey in her profile photo -- tweeted to Williams, "@VinnyVidiVici98 WTF is wrong with you??? No wonder we hate s***sburgh much. Nothing but trash! #WhoDey," along with a GIF captioned "Bye Felicia."

Williams sort of apologized/told people to lighten up after deleting his first tweet.

Y'all gotta lighten up pic.twitter.com/QwUzU5BBSa

Williams has been outspoken in the past regarding the Bengals; after the Bengals-Steelers Wildcard play-off game last season, the backup linebacker threatened the life of Vontaze Burfict for a penalized hit on Le'Veon Bell.

@VinnyVidiVici98 why wait then u kno were I'm at pic.twitter.com/khEd43nBmf

One thing is for certain: Williams' name will be recognized when the Steelers face the Bengals in Week 2 this fall. He's garner some attention from Bengals fans (even if he is sitting on the bench).