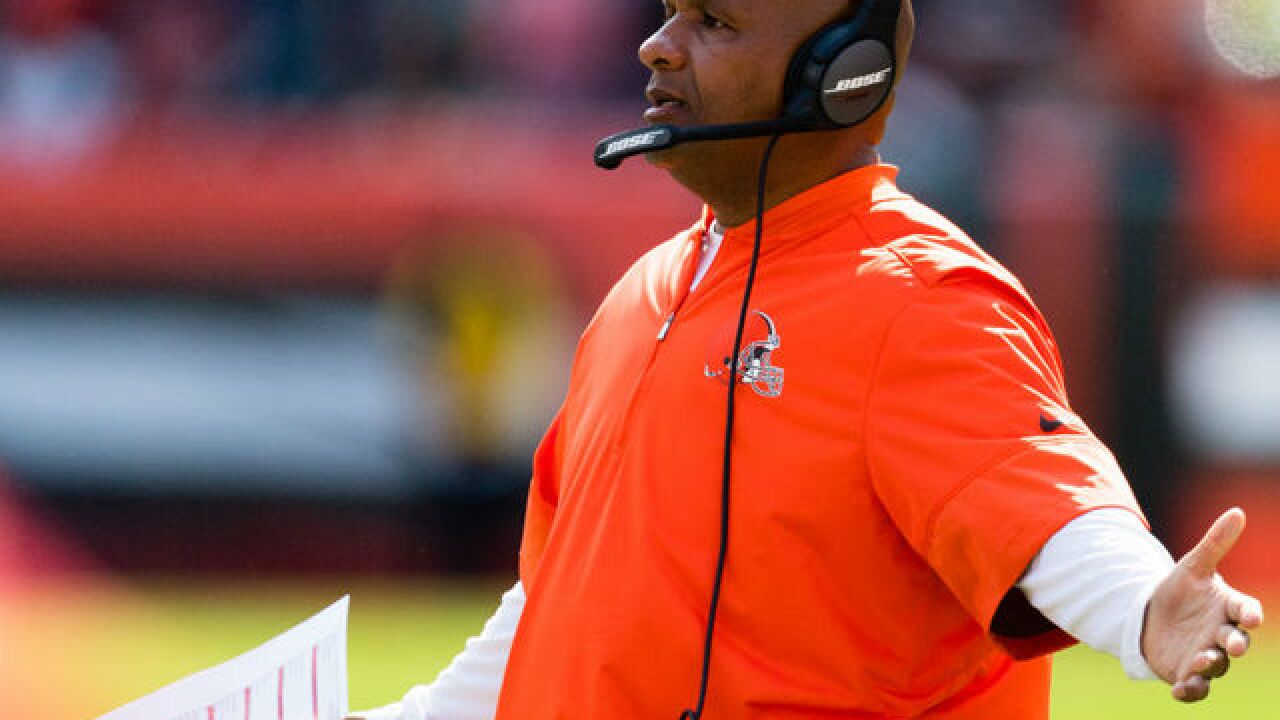 Jackson is in his 18th season as an NFL coach.

“I’m pleased to have the opportunity to join the Bengals this season. There is a lot of talent on this team, and I look forward to doing my part to help it finish the season strong,” Jackson said in a written statement.

"The Bengals and Hue have a great relationship that goes way beyond football," Thornton told WCPO. "That's the only way a move like this can happen during the season."