How did highly-rated DT land in Bengals' lap? 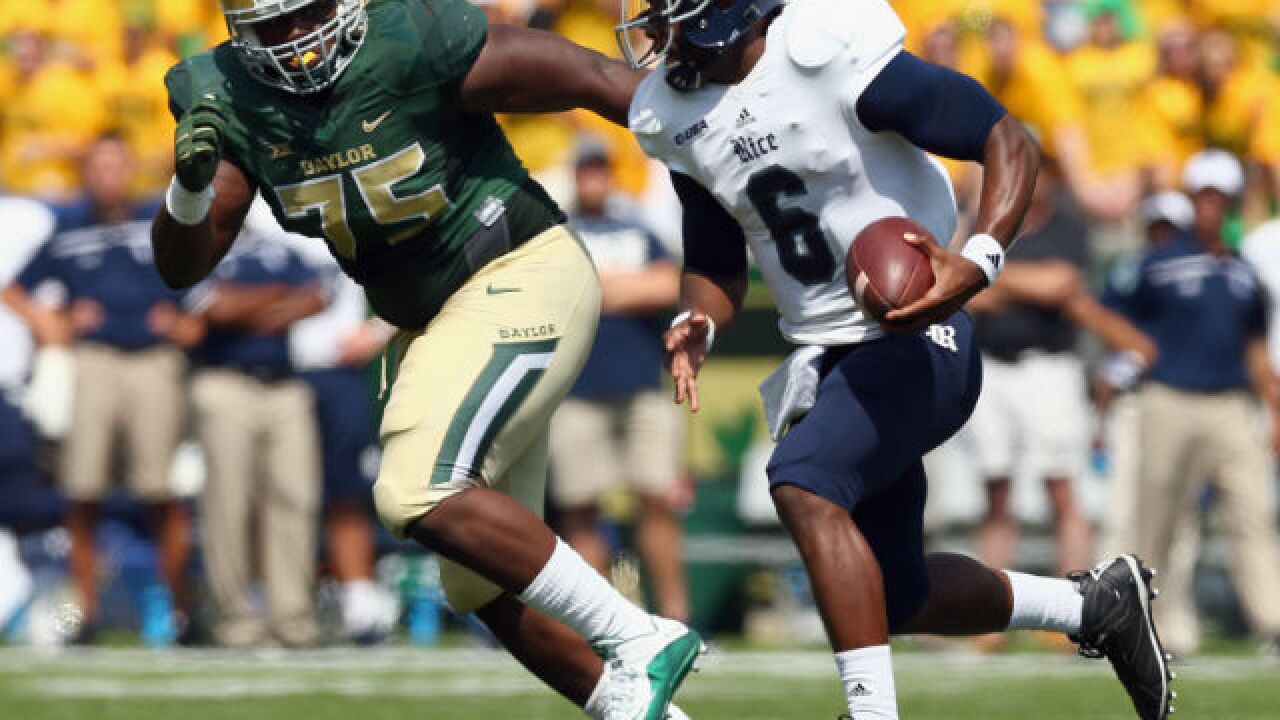 CINCINNATI (AP) — The Bengals used the final day of the draft to help their defense, which is already one of the NFL's best.

Cincinnati added Baylor All-American defensive tackle Andrew Billings in the fourth round, another player who can stop the run and contribute to a successful line rotation. The Bengals gave up the second-fewest points in the league last season and spent most of free agency trying to keep the defense intact.

They have high regard for Billings, who was projected to go in the first round in some mock drafts. His limitations as a pass rusher and below-average height for a tackle — he's comparable to 6-foot-1 Pro Bowler Geno Atkins — were cited as factors in making him slip to a later round. The Bengals also got Atkins in the fourth round in 2010.

"I think his height maybe is restrictive in some ways for some people at times, but we've done pretty well with these guys that have certain characteristics that catch our eye," coach Marvin Lewis said. "And then you get to know the player a little more and you like everything about him. We couldn't be happier."

Andrew Billings says he squatted 805 lbs in college once, has also benched a rep at 605 lbs before. Wow. Wow. Wow. #Bengals #CINpick

Although most of the Bengals' picks will be limited to special teams and trying to carve out a small role as a rookie, Billings could earn a spot in the line rotation right away. He threw a party at home on Thursday night, thinking he could go in the first round. When he got passed over on Friday in the second and third rounds, his family and friends were subdued and he felt snubbed.

Billings had expected the Vikings, Redskins or Packers to take him in an early round. Slipping to the fourth round gave him a sense that he has to prove he belongs in the NFL.

"It's something I'm going to carry with me my whole life."

The Bengals went into the draft with a top priority of getting a receiver who can start immediately. The top four receivers were gone by the time they picked at No. 24 in the first round, so they went with Houston cornerback William Jackson III.

They got what they needed in the second round in Pitt's Tyler Boyd, who will get a chance to win the starting slot receiver job.

The rest of the draft was about developing depth and finding players who will have limited roles initially. They took linebacker Nick Vigil from Utah State in the third round, Arizona State guard Christian Westerman in the fifth, receiver Cody Core from Mississippi in the sixth, and safety Clayton Fejedelem from Illinois in the seventh.

Overall, the Bengals took four players on defense and three on offense.

"Bringing in young players — that's the evolution we have to go through all the time," Lewis said. "I think we've been able to bring in — with the linebacker, the cornerback, the defensive tackle in particular — some guys who will help moving forward."