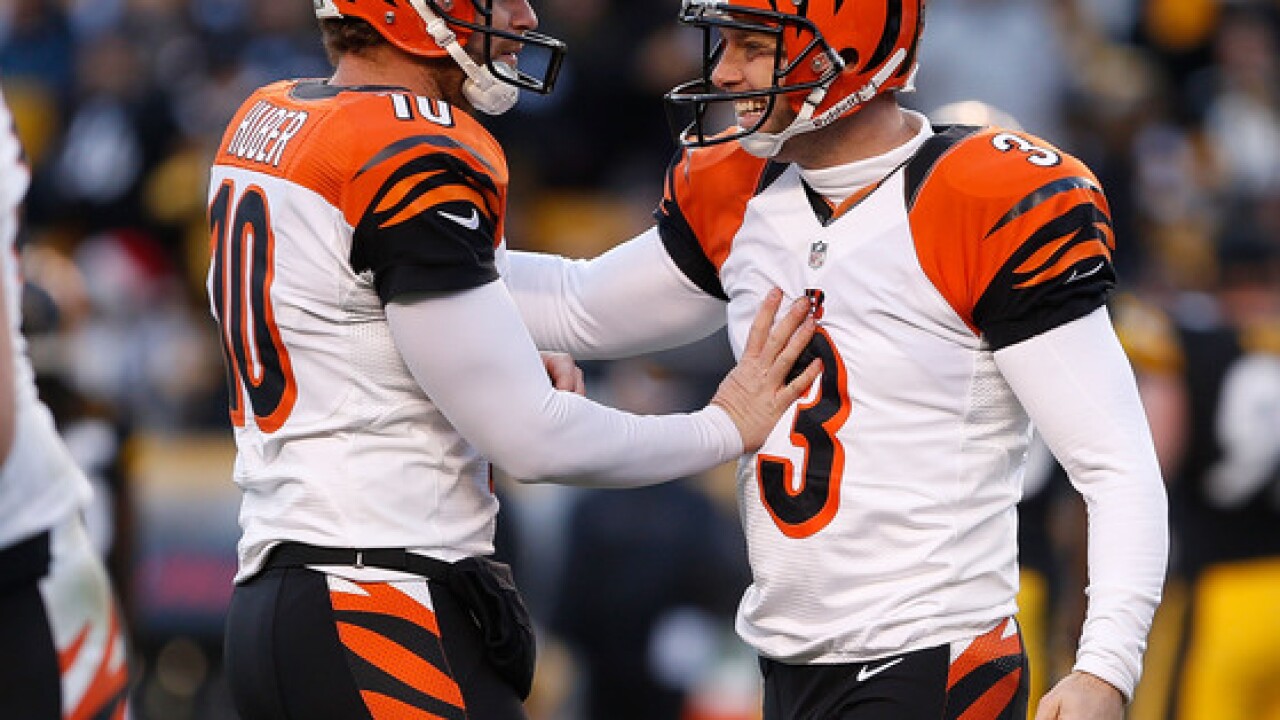 The ex-wife of former Bengals kicker Josh Brown told police that he had been physically violent with her at least 20 times -- even when she was pregnant with their daughter, according to an incident report obtained by the New York Daily News.

Sports Illustrated reported that Molly Brown told police on May 22, 2015 that her ex-husband grabbed her wrist during an argument, according to the report.

Brown, now in his fourth season with the New York Giants, was arrested that day in Washington where the event occurred, but the state did not press any charges.

He was arrested for fourth-degree assault and released the next day on a $2,000 bail, according to court documents.

Brown kicked in four games for the Bengals  in December, 2012. He previously played five seasons in Seattle and four in St. Louis.

The incident report obtained by the New York Daily News describes what Molly Brown told authorities when they responded to her call.

"Molly described in her statement the history of physical violence against her from her husband Joshua,” the incident report reads. “Molly stated that Joshua had been physically violent to her on more than 20 different instances over the past several years. She said that Joshua became violent after she became pregnant with their daughter.”

She also said he grabbed her shoulders and pushed her into a door while she was four to six months pregnant in an interview on May 28, 2015.

The report says that the New York Giants knew about the arrest, but still signed Brown to a two-year, $4 million contract in April.

Brown has been suspended one game for violating the league’s personal conduct policy. He will miss the first game against the Dallas Cowboys on Sept. 11.