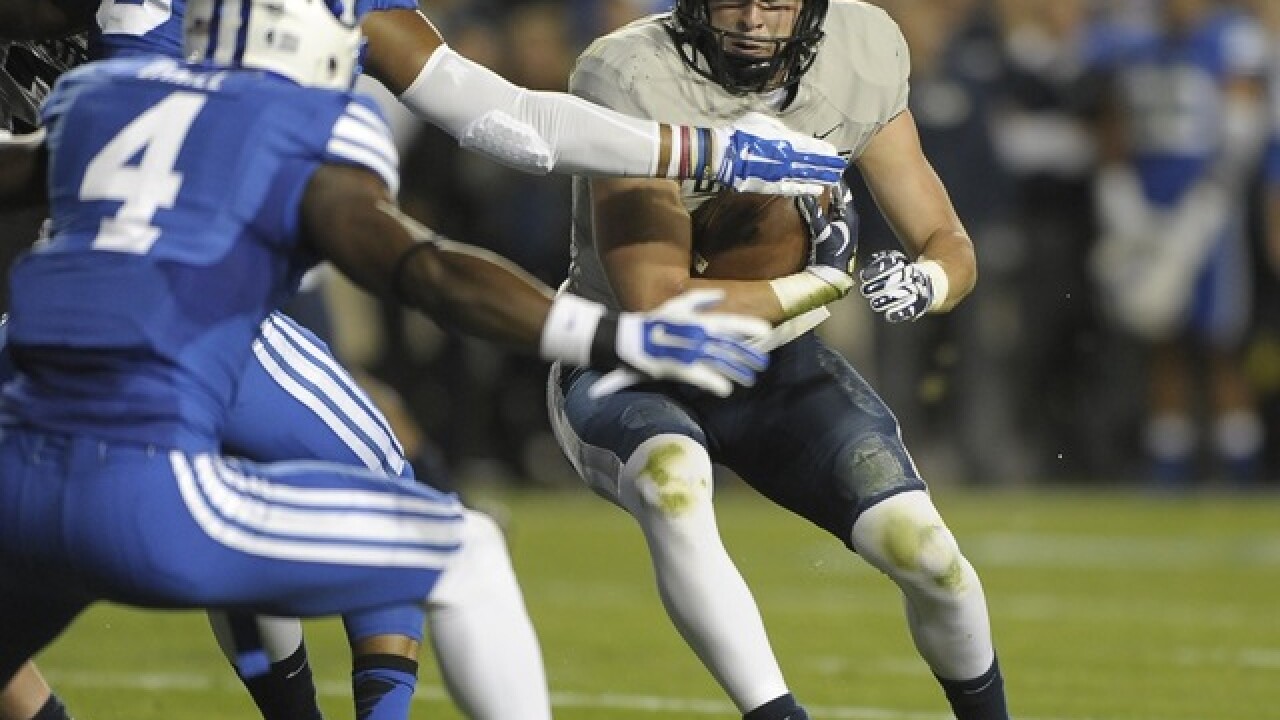 Gene Sweeney Jr/Getty Images
<p>PROVO, UT - OCTOBER 3: Nick Vigil #41 of the Utah State Aggies carries the ball to the five-yard line during the first quarter of their game against the Brigham Young Cougars at LaVell Edwards Stadium on October 3, 2014 in Provo, Utah.</p>

CINCINNATI -- There once was a time when Cincinnati Bengals draft picks were expected to come in and produce miracles immediately. Those days, thankfully, are long gone.

The Bengals added two more players on Friday through the NFL Draft. Their mission, according to defensive coordinator Paul Guenther, is to "challenge the back end of our roster."

Tyler Boyd is a wide receiver from Pittsburgh who the Bengals took in the second round with the 55th pick. He carried the ball, threw the ball, but mostly caught the ball at Pitt.

"He opens up some options for us," said Bengals receivers coach James Urban.

He's not a burner, but he has "competitive speedm" according to offensive coordinator Ken Zampese. And all the coaches see similarities with former Bengals wide receiver Mohamed Sanu, who was known to throw the ball occasionally in addition to his pass-catching duties.

"He's not a finished product," Zampese said about Boyd. "But he's ours, and we like him."

In round three, the Bengals selected inside linebacker Nick Vigil from Utah State. Both Guenther and linebackers coach Jim Haslett noted that  Vigil's play "popped on tape."

"He's got rushability, got some speed and coverability" said Haslett. "He's a good football player."