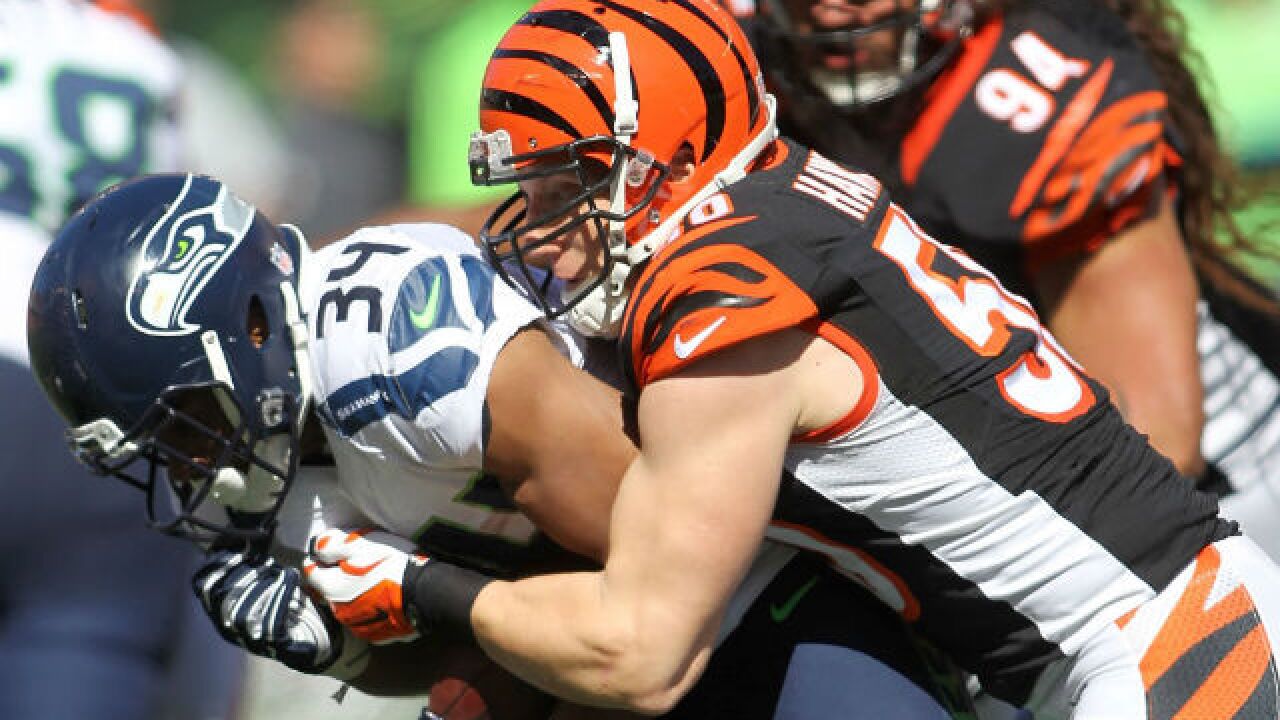 <p><span>CINCINNATI - A.J. Hawk #50 of the Cincinnati Bengals tackles Thomas Rawls #34 of the Seattle Seahawks during the second quarter at Paul Brown Stadium on Oct. 11, 2015. (Photo by John Grieshop/Getty Images)</span></p>

CINCINNATI – The writing was on the wall for A.J. Hawk when the Bengals signed another veteran linebacker, Karlos Dansby, last month.

The team made it official Tuesday, releasing Hawk after one season and giving him a chance to sign on with another team before training camp.

Dansby, 35, a pickup from the Browns, figures to move into Hawk's starting spot on the outside.

“A.J. was a big part of us last season," said coach Marvin Lewis. We’re going a different direction at this point, but I’ve always been a fan of A.J. It has been a pleasure having him as part of our team."

Hawk, a former Ohio State star, played the previous nine seasons for the Packers and is Green Bay's leader in tackles with 1,118.