Dalton an all-pro in the community 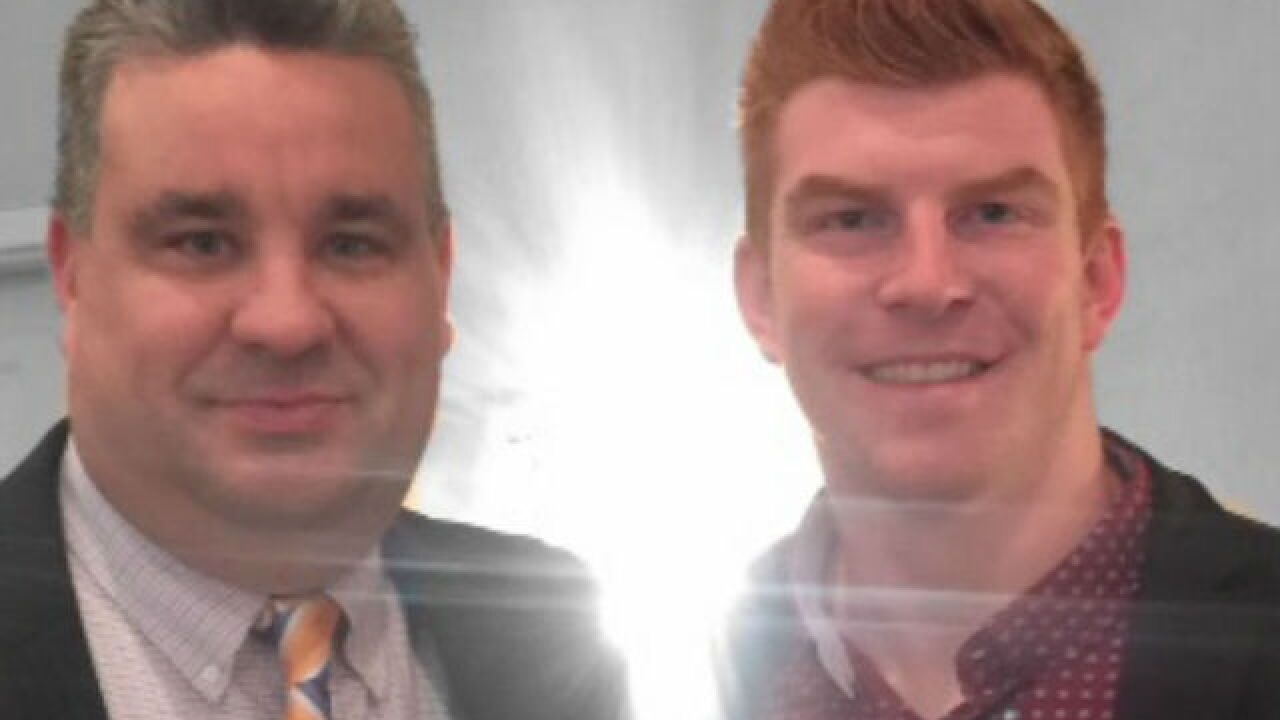 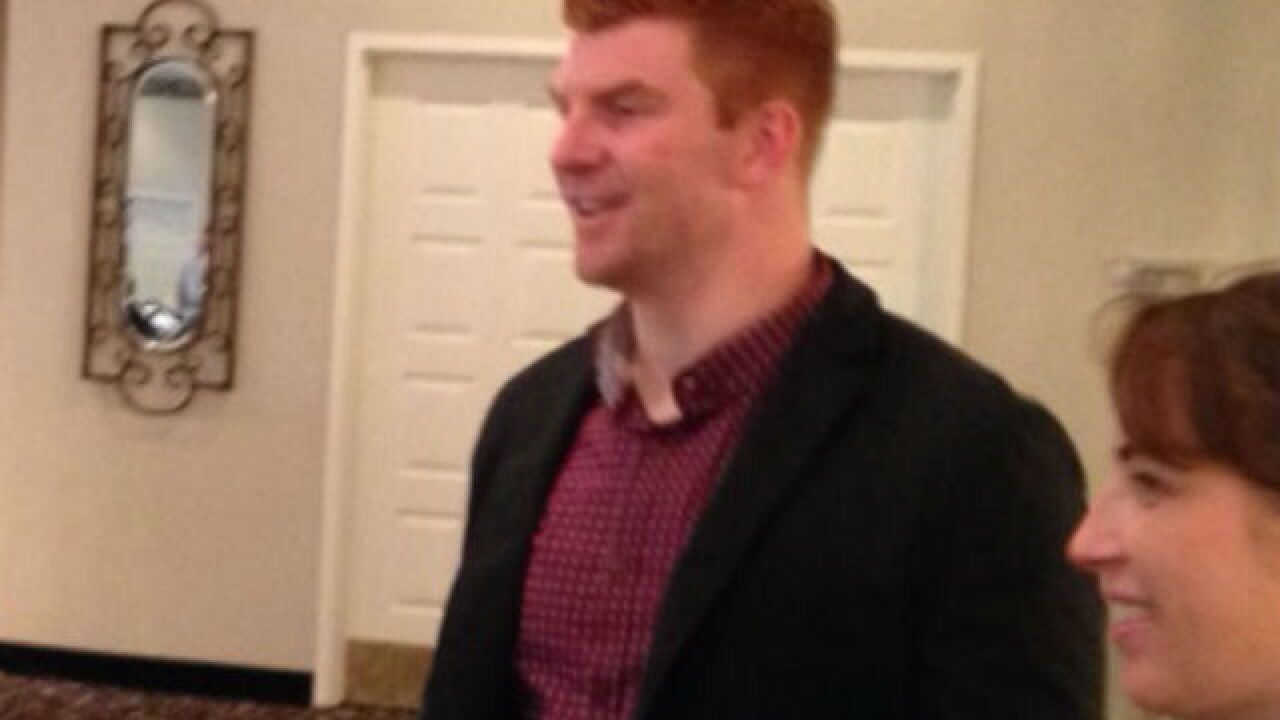 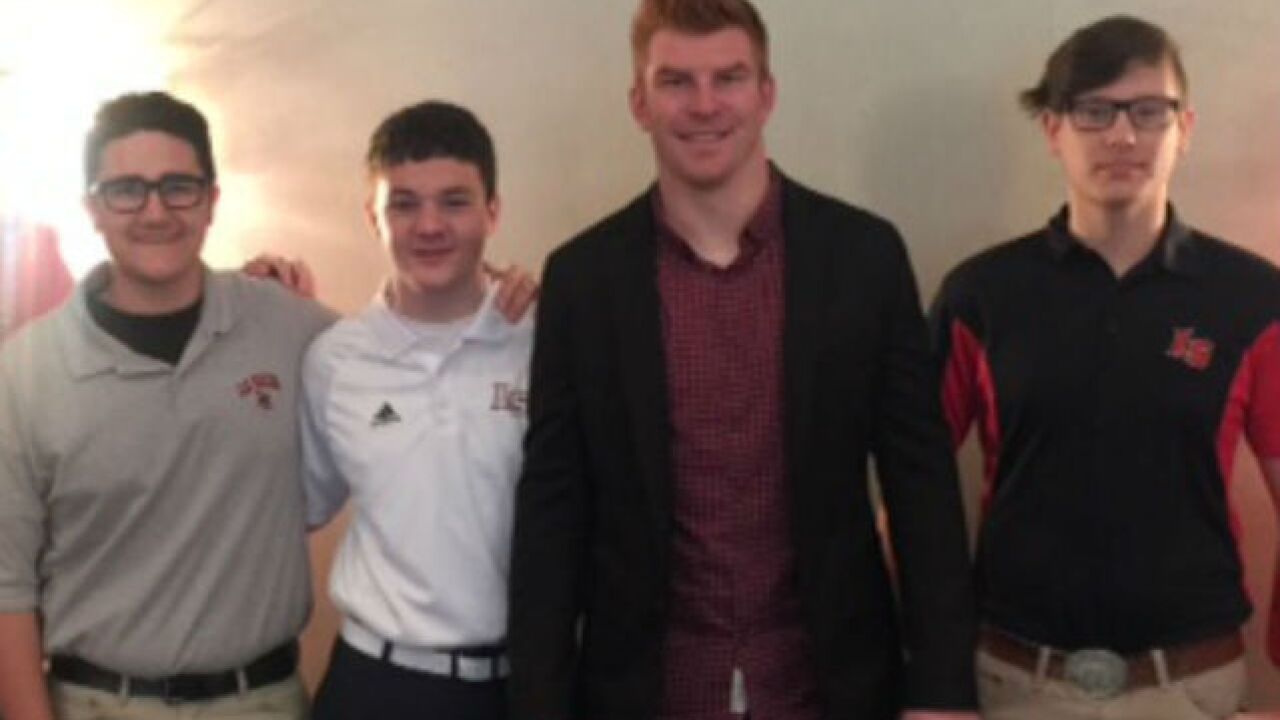 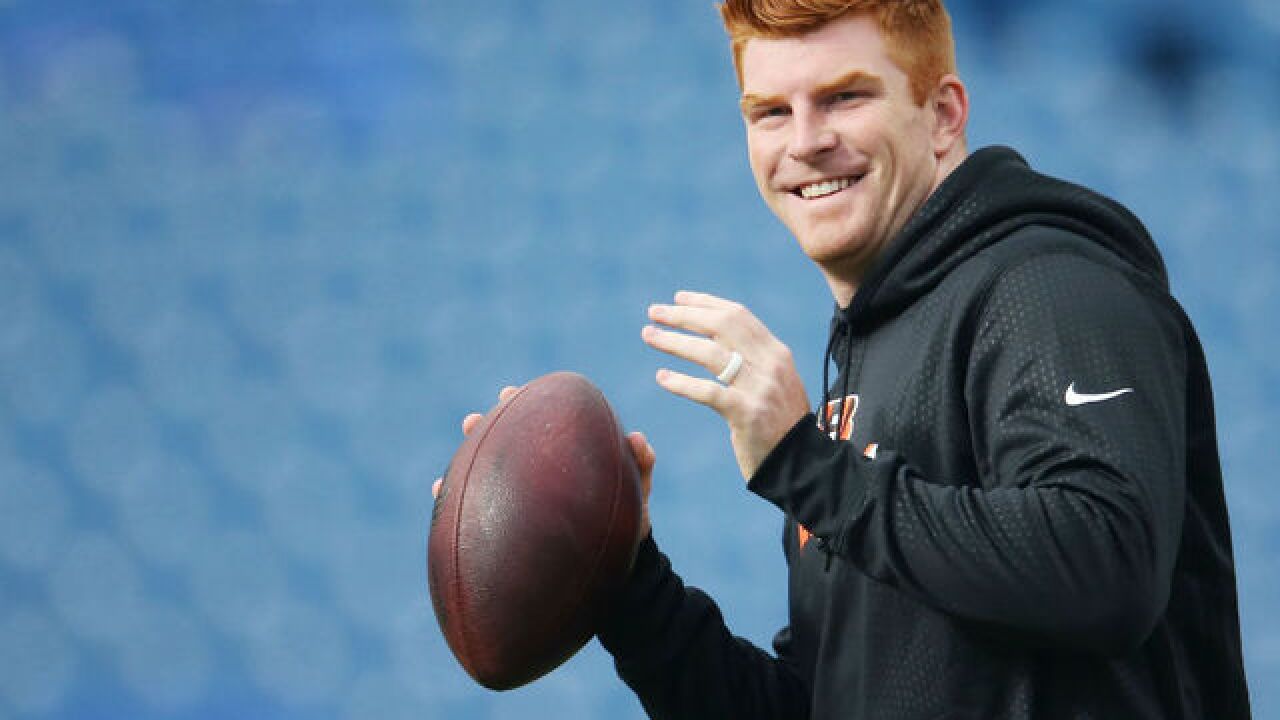 COLERAIN TOWNSHIP, Ohio — Andy Dalton was one of the first to arrive at Wunderland Banquet Hall Friday when he pulled into the parking lot at 6:45 a.m.

The Bengals quarterback stepped inside and mingled with those gathered for the 28th annual West Side Sports Breakfast – an event that benefits the Boy Scouts of America Dan Beard Council.

Nearly three hours later, his Range Rover was still in the same nearby spot and among the final few vehicles remaining.

That would come as no surprise to those who know the Bengals quarterback’s efforts in the community. And Friday was an ideal example.

The sixth-year pro wasn’t a Boy Scout, but he easily related to the business leaders and youngsters alike gathered to hear him as the keynote speaker on this early morning.

He's worked with the Dan Beard Council the past two years on recruitment campaigns and received the North Star Award for his significant contributions.

“The quarterback from a professional football team that you cheer for is a leader,” said LaRosa’s CEO Michael LaRosa, who is the chairman of the annual breakfast.

“But for him to be involved in the community like this – it brings it to a whole other level because everyone is so generally excited to hear him respond to their questions. He exudes leadership as well. It kind of solidifies the connection between him, our team and the community in a special way. I really appreciate his involvement.”

Prior to the event, some fans wanted photos of Dalton. Others made small talk or wanted a handshake. He gave a video shout out to an area high school.

While Scout awards were presented and several area businesses recognized, Dalton signed several photos at a nearby table as master of ceremonies Jim Breech jokingly declared they are 100 percent authentic autographs.

Then, it was Dalton's turn at the podium. The Red Rifle completed a 20-minute Q&A session with the audience like a perfectly thrown spiral to A.J. Green.

He took at least 20 questions in that time frame – everything from how’s the thumb (twice) to his thoughts on the University of Cincinnati possibly joining the Big 12 (he wants it to happen) to his preference on a football’s pounds per square inch (a joking reference to Deflategate, he prefers whatever is regulation size).

The second question about his thumb drew loud cheers when he reiterated he’s healed. “I can give you a thumbs up,” Dalton said with a smile.

None of the questions seemed to faze him and he was genuinely interested in answering and offering advice to the Boy Scouts in the room.

Dalton said he enjoys the community events. Earlier in the morning, he said he and his wife Jordy have made Cincinnati a true home. He finds the appearances a calling for his family.

“There are needs everywhere,” Dalton told WCPO.com. “You just try to find your passion and help out in that way.”

The Andy and Jordy Dalton Foundation has also worked with children who are ill or with special needs. The foundation also promotes education initiatives.

“They have a great platform that they are utilizing very positively in serving the community and hopefully try to make it a better place,” said Breech, a former Bengals kicker.

The couple will also host the fifth annual Celebrity Waiter Night June 6 at the Hilton Netherland Plaza Hall of Mirrors room. Bengals players and special guests will serve dinner and the event proceeds help the foundation.

“It makes us feel good,” Dalton said. “Especially with our (foundation) you have a mission and you kind of feel like this is how you want to help and this what we want to accomplish with the different events we do. And when you get the feedback saying this is exactly how the kids or parents felt – that’s what really makes you smile.”