Bengals out to spread Steelers rivalry to soccer 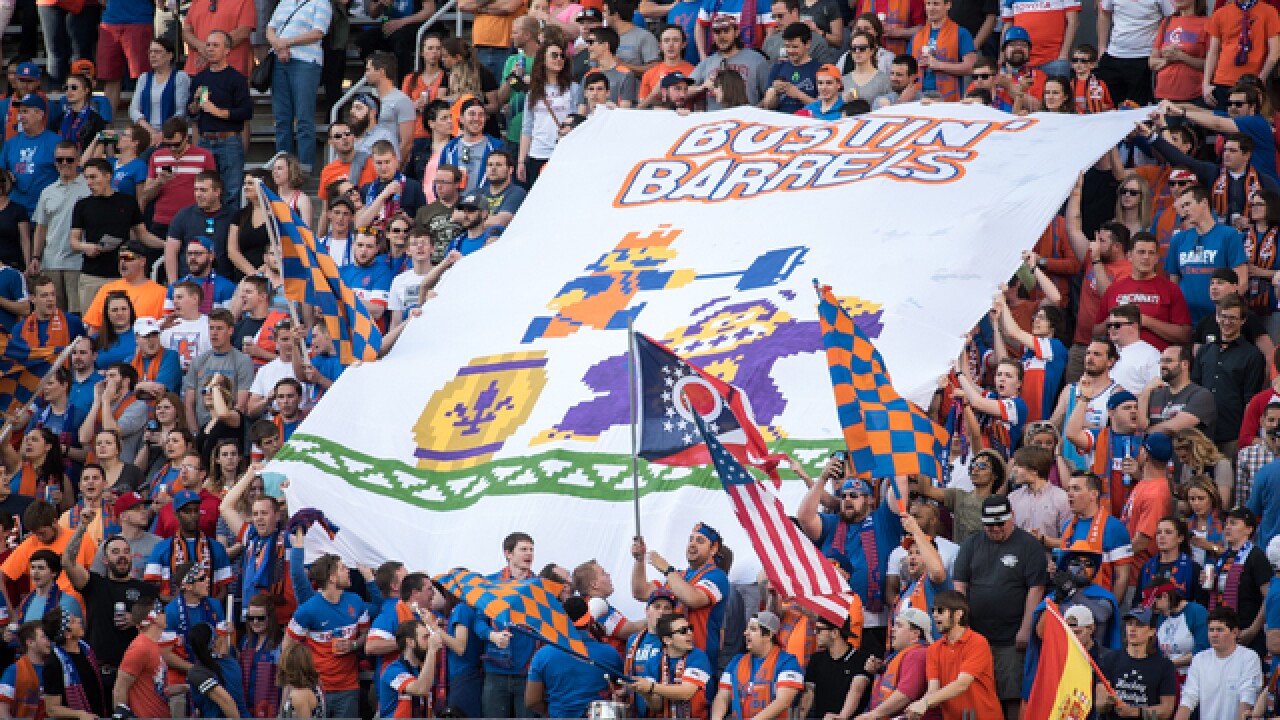 Copyright 2018 Scripps Media, Inc. All rights reserved. This material may not be published, broadcast, rewritten, or redistributed.
Phil Didion
FC Cincinnati fans pull out a banner at the begininning of their game against Louisville FC at Nippert Stadium on Saturday April 16, 2016. Louisville wins the game with a score of 3-2 (Phil Didion for WCPO).

CINCINNATI (AP) — The Bengals players who led their playoff meltdown against the Steelers are trying to transfer the edgy rivalry to soccer.

Suspended linebacker Vontaze Burfict and cornerback Adam "Pacman" Jones are among seven Bengals players who will be honorary captains for FC Cincinnati's game on Saturday against the Pittsburgh Riverhounds of the United Soccer League. The game will be played at the University of Cincinnati.

FC Cincinnati, in its first season, decided to try to tap into the city's biggest football rivalry as part of a promotion to draw 25,000 fans to Nippert Stadium on Saturday. The club has already sold more than 10,000 tickets.

"Cincinnati and Pittsburgh is probably one of the nastiest rivalries in football," Peko said. "Whenever we play Pittsburgh, everyone wants us to beat them. That's how I feel when it comes to soccer."

Burfict drew a three-game suspension after hitting Steelers receiver Antonio Brown in the head on an incomplete pass in the closing seconds of their first-round playoff game at Paul Brown Stadium last season. While players milled on the field as Brown was treated, Jones was penalized for bumping an official. The two penalties moved Pittsburgh in range for a field goal and an 18-16 victory.

The Bengals have lost five straight opening-round playoff games, an NFL record. They haven't won in the postseason in 25 years.