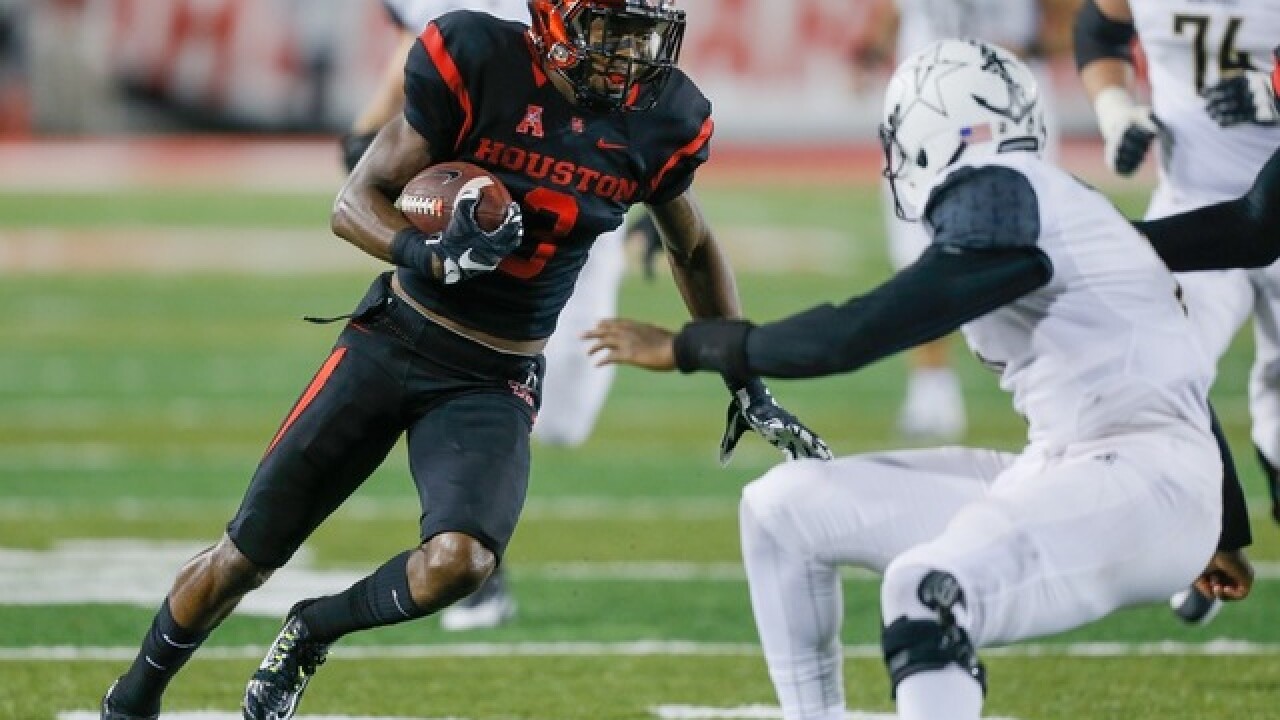 Bob Levey/Getty Images
<p>HOUSTON, TX - OCTOBER 31: William Jackson III #3 of the Houston Cougars returns an interception for a 55 yard touchdown against the Vanderbilt Commodores at TDECU Stadium on October 31, 2015 in Houston, Texas.</p>

CINCINNATI – William Jackson III figured he had a better chance to be drafted by the Steelers than the Bengals.

Mark the date. Bengals finally beat Steelers at something.

After missing out on the top wide receivers, the Bengals took  a cornerback in the first round for the third time in five years when they grabbed the University of Houston speedster with the 24th pick  Thursday.

William Jackson III reacts as he finds out he will be an @Bengals with family @UHCougarFB @fantastik_willo pic.twitter.com/BBwOe9nV05

Jackson led the nation in passes defended in 2015 with five interceptions and 23 pass breakups.

The Bengals don't need a corner as much as they need a receiver, though they parted with 2007 No. 1 pick Leon Hall in the offseason. But they weren't going to reach for a receiver in the first round and apparently saw more upside in Jackson.

Besides, Adam Jones isn't getting any younger.

I know they wanted a WR but getting Jackson III does address a concern. Lot of ??? In secondary DD injury, Dre contract Adam age @WCPO

Jackson was rated the second-best CB in the draft and was projected as a second-round pick.

Marvin Lewis speaking highly of .@fantastik_willo. Placed high value on him. Feels will be a quality CB soon. @WCPO pic.twitter.com/DlYpO7WJNL

The top four receivers were gone by the time the Bengals picked.  Hue Jackson and the Browns grabbed Baylor's Corey Coleman at No.15, and then the three teams picking right ahead of the Bengals took the rest, with Notre Dame's Will Fuller going to the Texans, TCU's Josh Doctson to the Redskins and Mississippi's Jaquon Treadwell to the Vikings.

"Well, they got players who we felt would be productive in the league, but that's the way the draft works," coach Marvin Lewis said of the run on receivers. "There were a lot of players that went before us that we wouldn't mind having, but we got one of the ones we really wanted."

Expect Cincinnati to grab a WR yet, possibly in the second or third rounds Friday night (7 p.m.). Ohio State's Michael Thomas and Braxton Miller are still out there, along with Pitt's Tyler Boyd, Oklahoma's Sterling Shepard and South Carolina's Pharoah Cooper.