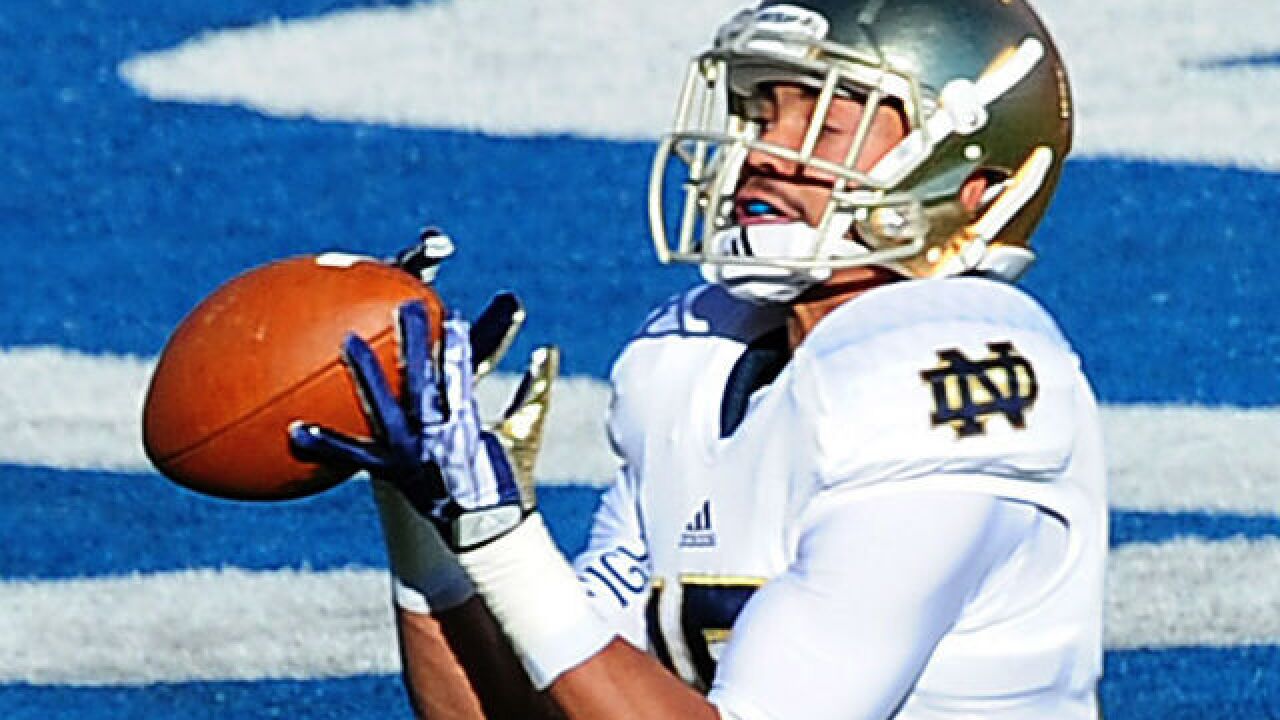 Image copyright 2013 Getty Images. All rights reserved. This material may not be published, broadcast, rewritten, or redistributed.
<p><span>COLORADO SPRINGS, Colo. -  William Fuller #15 of the Notre Dame Fighting Irish makes a catch for a touchdown against the Air Force Falcons at Falcon Stadium on Oct. 26, 2013. (Photo by Scott Cunningham/Getty Images)</span></p> 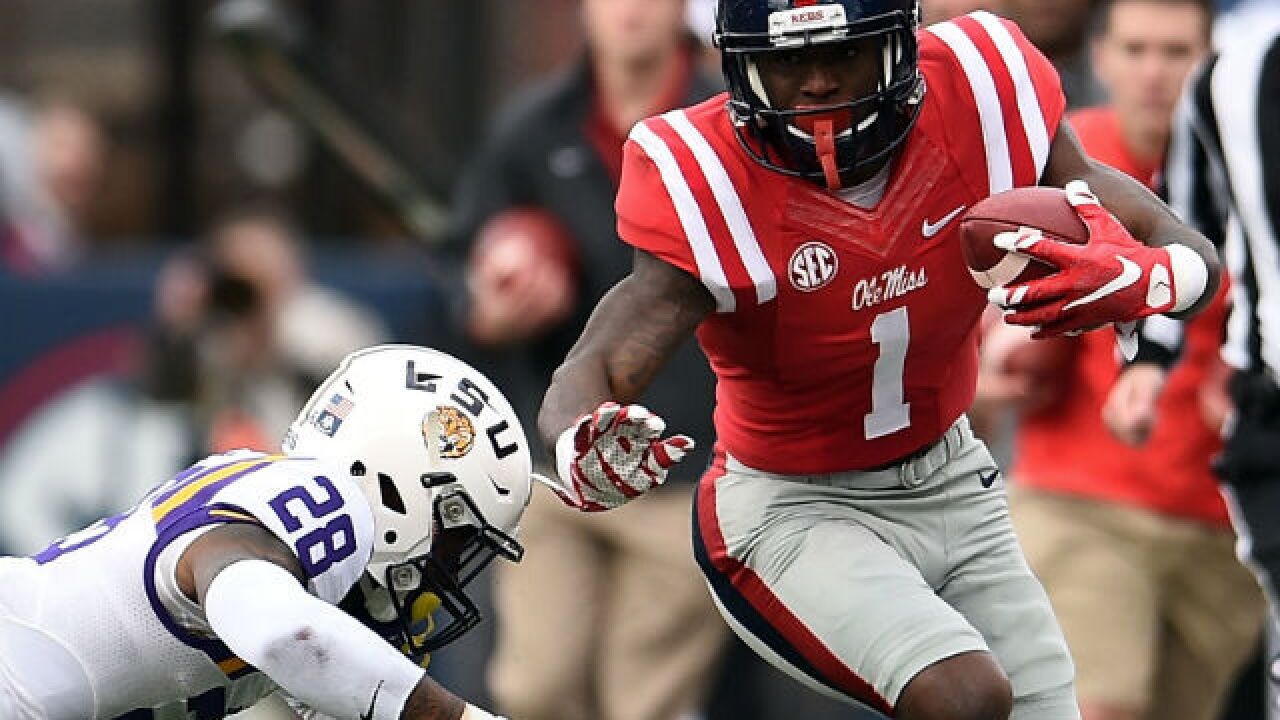 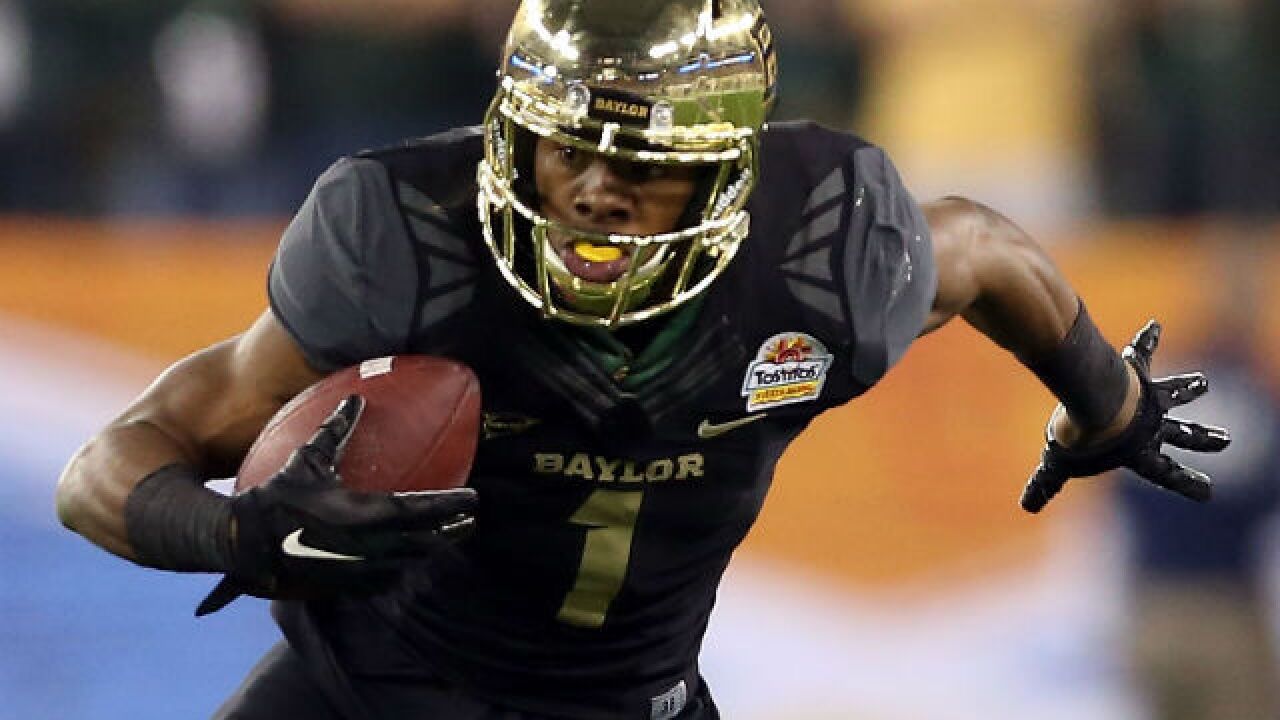 CINCINNATI – Online NFL draft "experts" seem to agree on one thing: the Bengals will pick a wide receiver in the first round Thursday night.

A glance at 22 mock drafts from popular sites shows 20 are predicting that the Bengals will take a receiver. Two are picking a defensive tackle.

The Bengals, who pick 24th among the 32 teams,  have an obvious need for a receiver after losing No. 2 Marvin Jones and No. 3 Mohamed Sanu in free agency. They filled one of those spots when they signed former Patriots receiver Brandon LaFell.

Most mock drafts expect receivers to fall past the top 20 picks. But here's the catch: the three teams picking ahead of Cincinnati – Redskins, Texans and Vikings – are looking for a receiver, too.

There are some intriguing choices. The top WRs in the draft, according to CBSSports.com, are considered to be Mississippi's  Laquon Treadwell, Baylor's Corey Coleman, TCU's Josh Doctson and Notre Dame's Will Fuller.

Eight of the mock drafts we surveyed are picking Coleman for the Bengals. Seven are picking Doctson, two Fuller and one Treadwell because he's expected to go first among WRs.

There are two votes for Ohio State's Michael Thomas.

If there's a run on WRs before the Bengals pick, they may go in a different direction – perhaps defensive tackle.

One  of the Sports Illustrated experts says the Bengals will take DT Jarran Reed of Alabama. Another predicts Vernon Butler of Louisiana Tech.

The first round begins at 8 p.m. with 10 minutes allowed for each pick. The Bengals expect to pick between 10:30 and 11 p.m. But if every team takes all of its allotted time, the Bengals won't pick until nearly midnight.

Rounds 2 and 3 start at 7 p.m. Friday with seven minutes allowed each pick.