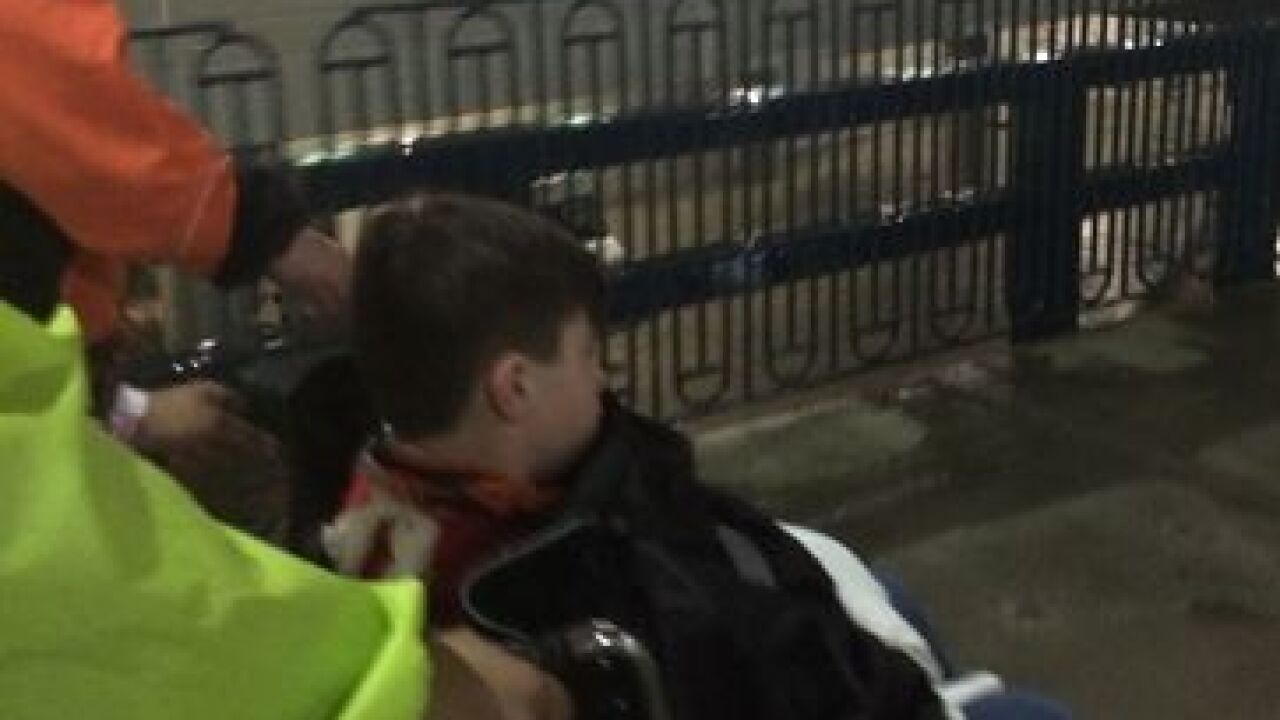 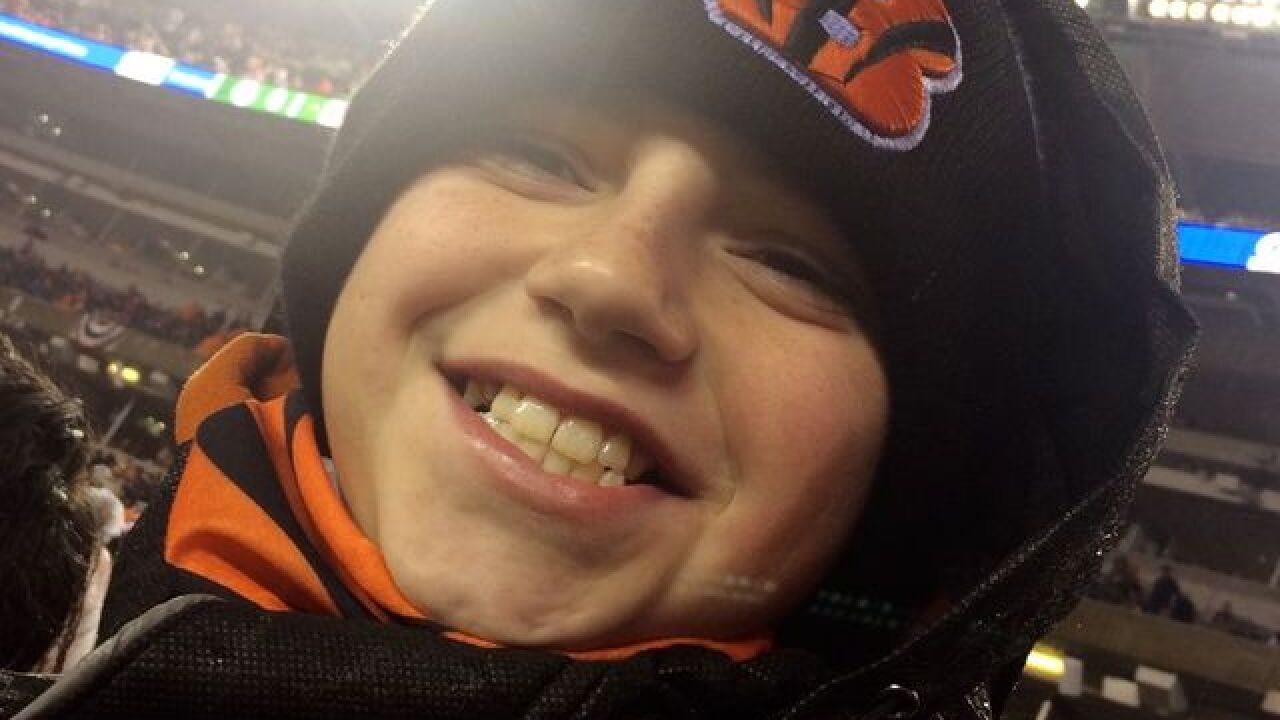 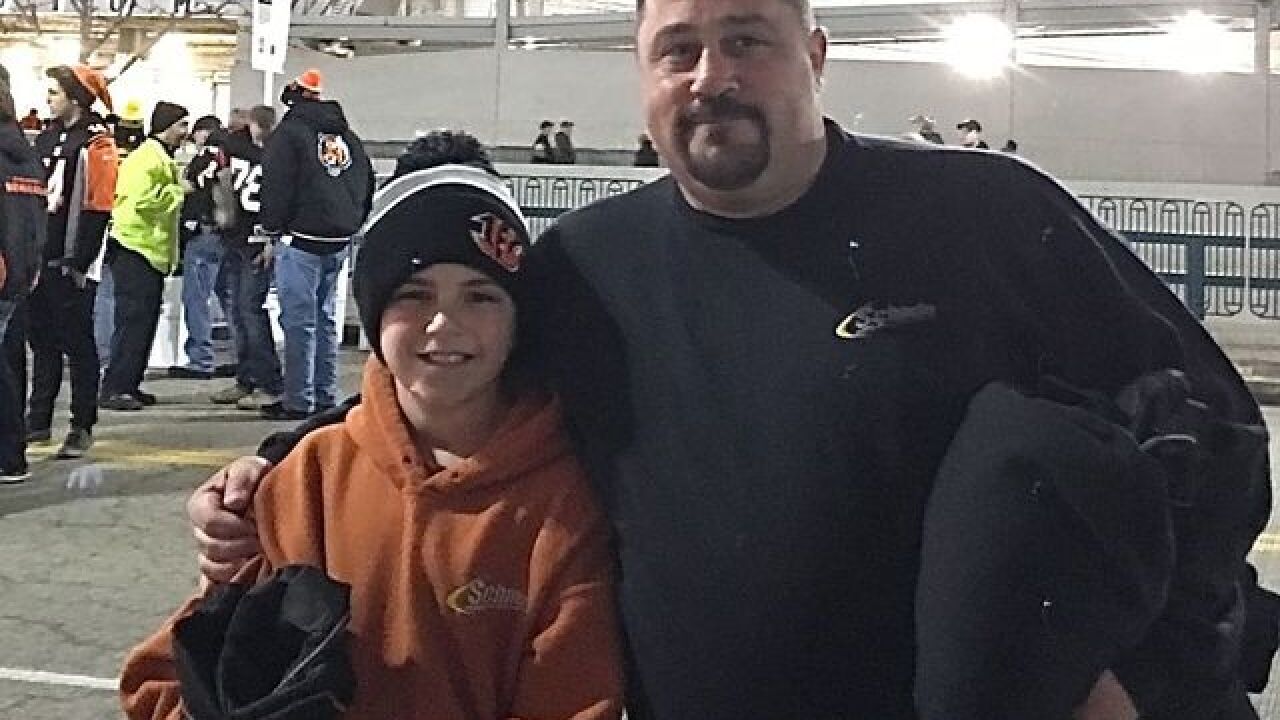 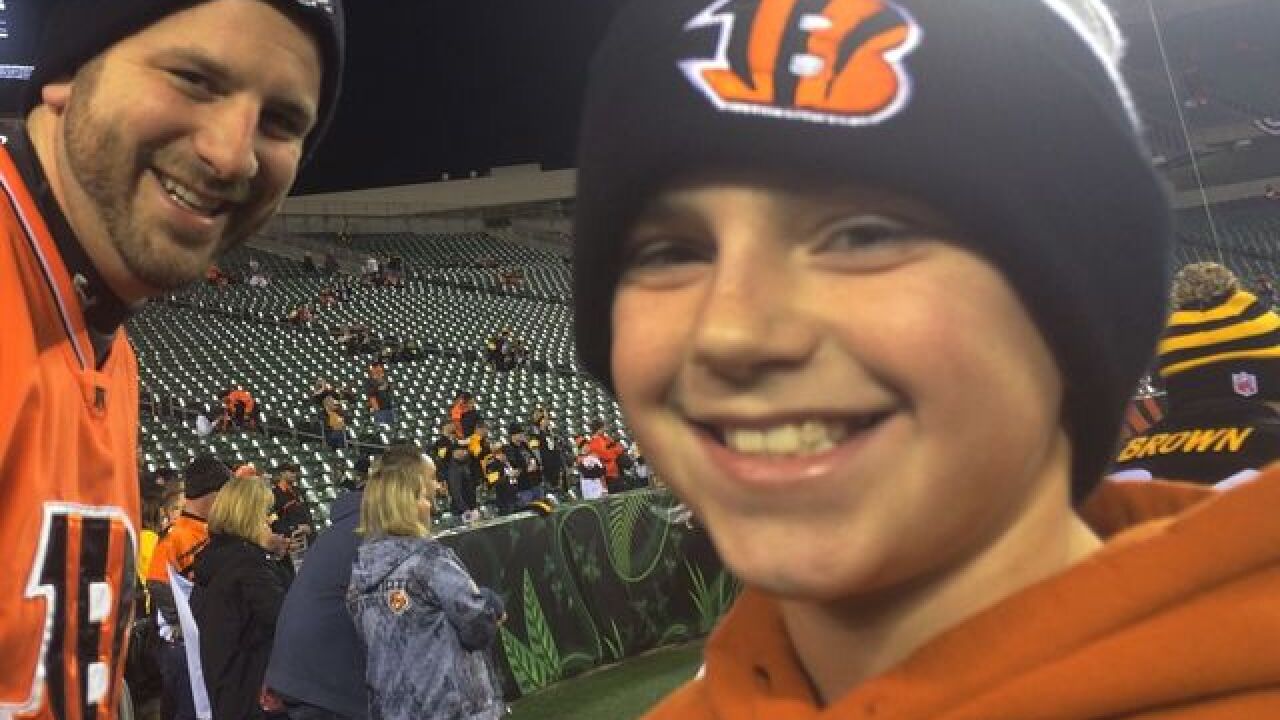 CINCINNATI –  Amid the "total chaos" inside Paul Brown Stadium, a lunatic fan threw a beer bottle into the crowd and sent an 11-year-old boy from his first Bengals game to the hospital, a dad says.

Ethan Hager and his dad Clay were cheering for the orange and black against the Steelers Saturday night. Ethan, new to Paul Brown Stadium, probably never expected to be in danger, and Clay said he never saw it coming.

"There was a fight over here, the police were running over there...there was just total chaos," said Clay Hager of Crittenden, Kentucky.

Then one of the Steelers fans behind the Hagers tapped the dad on the shoulder.

"And they're telling me, 'Your son is hurt! Your son is hurt!' Well, I look down on the ground and there's Ethan all bent over and holding his arm and crying to beat the band," said Hager.

"And then I look down and I see the Bud Light 50th Anniversary Super Bowl edition bottle. The lid was still on it - beer was spewing out the side of it. So whoever threw [it] hadn't even cracked the lid open yet.

"It's like they paid 10 bucks for this beer and just chucked it. And [Ethan] took a direct hit from it."

Hager was fuming mad. The fans nearby immediately hollered for the police.

"The police were climbing over chairs to get to me and Ethan. They stood us up and they escorted us out to the first aid station," Clay said.

Ethan was eventually wheeled out of the stadium and checked out at Children's Hospital for what turned out to be a deep muscle bruise.

You had to figure somebody was going to hurt in the random violence and thuggery common when Cincinnati and Pittsburgh fans clash. With six men arrested – three for punching women – and hundreds more drunk and disorderly, it could have been anyone – even Ben Roethlisberger. Fans threw bottles and other objects at the injured Steelers quarterback as he was carted off the field to the locker room.

The cowardly fan who hit Ethan was lucky to escape notice, said Ethan's dad, who looks big enough to be an NFL linebacker.

"It's heartbreaking, really, to take your son to his first Bengals game and this is the experience he gets out of it."

Still, Clay said, he thinks Ethan would like to come back next season, and the dad said he hopes he can bring his son back for a positive experience.