Flying Pigskin: Bengals put up fight in Seattle but can’t capture the win 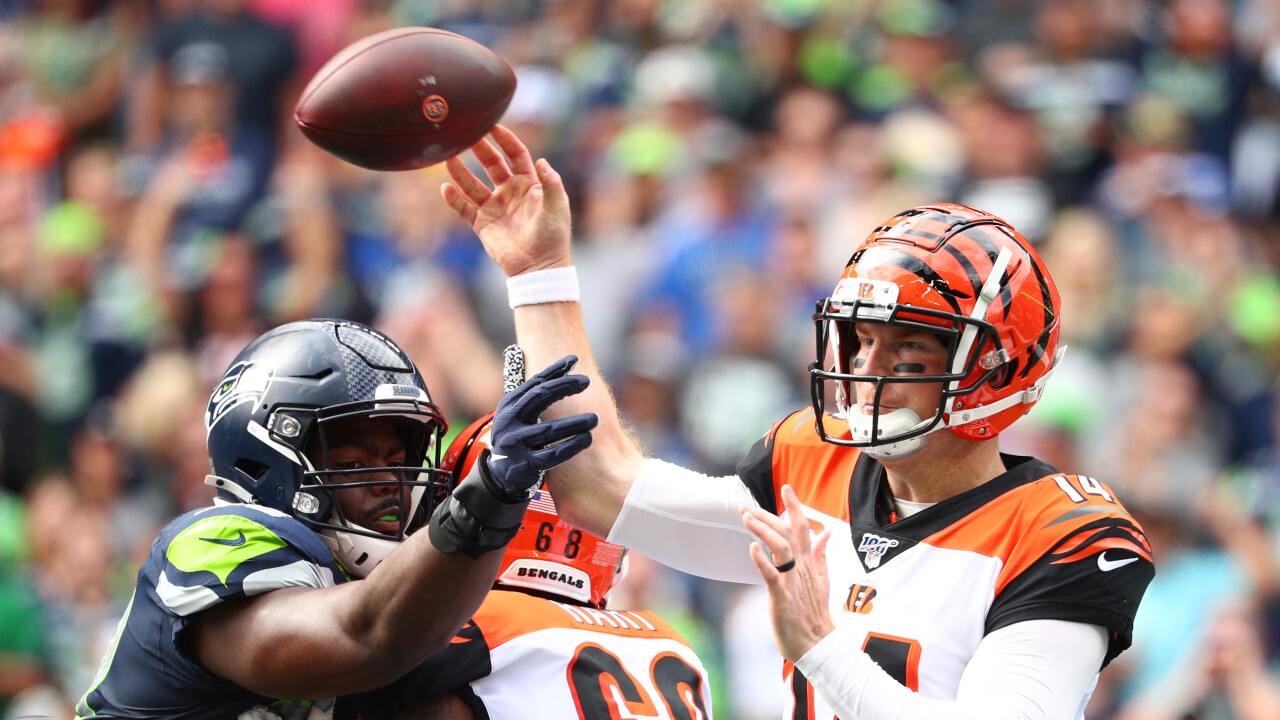 Abbie Parr/Getty Images
SEATTLE, WASHINGTON - SEPTEMBER 08: Andy Dalton #14 of the Cincinnati Bengals throws the ball against Rasheem Green #98 of the Seattle Seahawks in the second quarter during their game at CenturyLink Field on September 08, 2019 in Seattle, Washington. (Photo by Abbie Parr/Getty Images)

Andy Dalton threw for a career-high 418 yards in the Cincinnati Bengals' season debut on Sunday in Seattle, but it wasn't enough to earn the win.

But the Bengals put up a good fight, losing by a single point (21-20) in a game that was predicted to be all Seahawks. The Bengals' aggressive offense marked the end of the Marvin Lewis era and ushered in a new era under first-year head coach Zac Taylor.

WCPO sports anchor John Popovich is joined by WCPO photographer Philip Lee and Craft Brewed Sports' Scott Kyser to discuss the debut of the Taylor-led Bengals, take a look around the AFC North and preview the Bengals' week two matchup at home against the San Francisco 49ers.