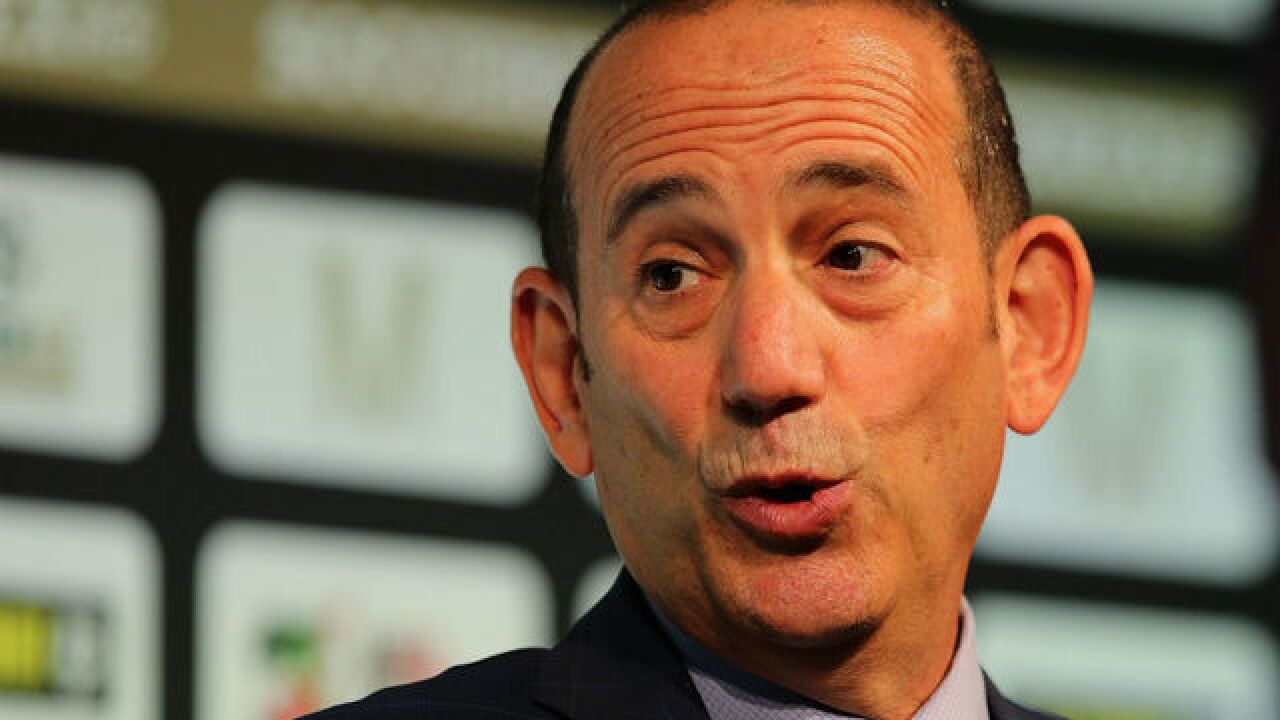 CINCINNATI -- Is MLS head honcho Don Garber easing up on the requirement that expansion team candidates have their own soccer-specific stadiums to call home?

It certainly sounds that way in comments he made to the Orlando Sentinel Saturday.

Garber spoke to the newspaper after taking in an Atlanta United-Orlando City match along with a crowd of more than 70,000 others at Mercedes'Benz Stadium, which Atlanta United shares with the Atlanta Falcons.

He took a question about whether the large crowd was enough to make him consider changing his stance on soccer-specific stadiums.

"The good thing about being new and trying to figure it out as you go along is you have a specific plan and then there are times when you have to modify that plan," Garber said. "I think good business leaders and good businesses, ya know, don’t just get stuck in their previous strategies but try to evolve and see how things develop."

Removing that requirement could help FC Cincinnati in their bid to join MLS. As a USL team, they have spent their first two seasons in the University of Cincinnati's Nippert Stadium. But previous comments by Garber about requirements for teams to be picked for an MLS expansion slot have sent FC Cincinnati searching for a spot where they could build their own stadium.

So far, Newport seems to be the most likely spot.

But some FC Cincinnati fans say the team's runaway popularity in the USL is due in part to Nippert. Others are concerned the team could be looking to taxpayers to help ease the costs of building a brand new $200 million stadium. The group "No More Stadium Taxes" is opposed to any additional taxes or subsidies for sports facilities.

"Hamilton County has much bigger needs than subsidizing a new soccer stadium for billionaires, especially when we already have at least one fantastic soccer stadium," Matt Wahlert, a No More Stadium Taxes board member and North College Hill councilman, previously said.

However, FC Cincinnati general manager and CEO Jeff Berding has called Nippert an "implausible" option as an MLS stadium.

"We understand that there are plenty of our fans and supporters who are out there who want this to work," Berding previously said. "But to the best of our judgment, the ability to turn Nippert into a soccer-specific stadium is implausible due to some insurmountable challenges."