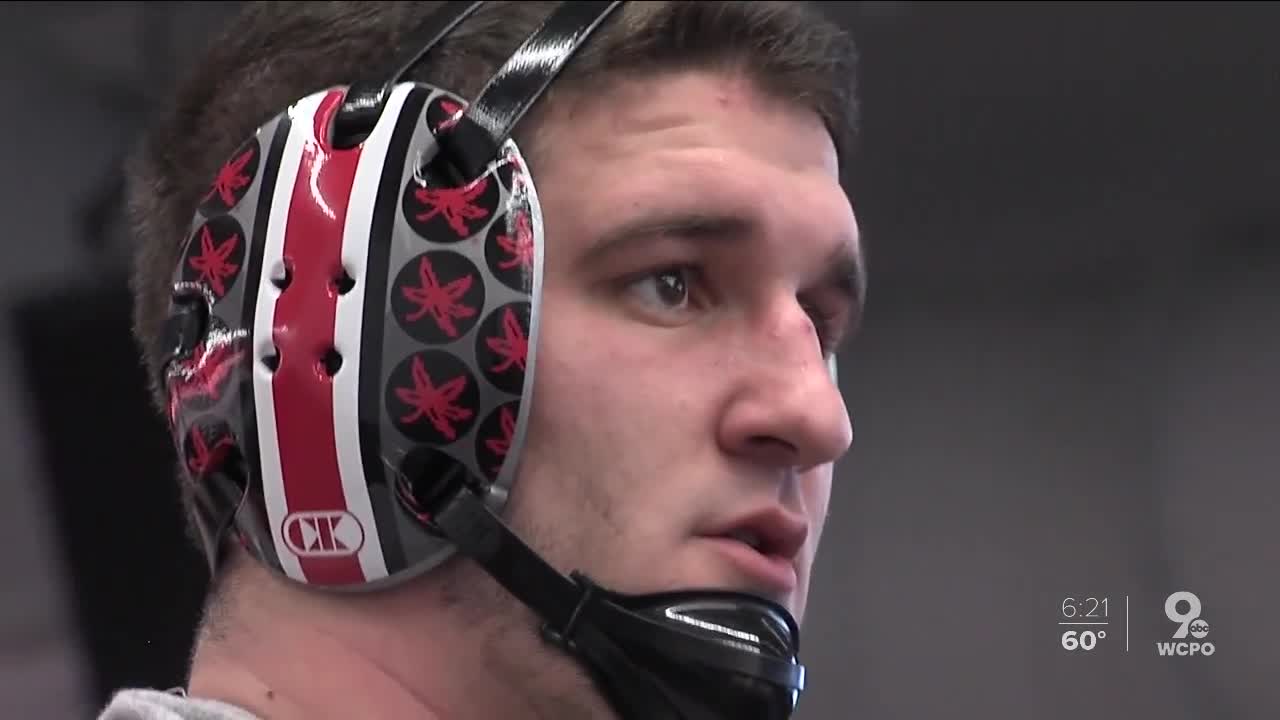 Just four days before he was set to compete in wrestling in the NCAA’s Tournament in Minneapolis, Gary Traub's senior season at The Ohio State University was canceled due to the coronavirus.

COLUMBUS, Ohio — Gary Traub was a no-name walk-on when he joined The Ohio State University's wrestling program in 2016. It remained that way in 2017, and 2018, as well. No one aside from his teammates and coaches witnessed his hard work for three long, grueling years.

“I knew even if people didn’t get to see the results, there will come a time when someone’s going to see it,” Traub said.

The time for everyone to see it finally came in 2019. It was even better to hear.

The sound of the crowd chanting his name -- “Gary! Gary! Gary!” --- filled the Covelli Center, the Buckeyes' home wrestling arena, when he took the mat. He has become a living legend in his own time, mostly because he has a knack for pulling out last-second victories just in the nick of time. It’s earned him the nickname “Gas Tank Gary" because he always had something left in the tank.

“It’s been unreal. Everyone chanting my name. I have to show out,” Traub said. “Been incredible.”

“He’s a phenomenon. He’s beloved here,” said Ohio State's wresting coach Tom Ryan. “He created this opportunity. We gave him an opportunity, but he’s made the most of it.”

That was the story when WCPO 9 last visited Traub back in February in Columbus. In the months since, his name continued taking the Sycamore graduate places he never expected. Namely, wrestling's NCAA Tournament in Minneapolis. But four days before Traub’s first-round match, the league canceled all sporting events.

A year that had been a gas was halted by the brakes of the novel coronavirus.

“There was definitely (a) feeling of, 'Why me? And why'd this have to happen this year?' I feel like I sacrificed for nothing -- all for nothing,” Traub said.

Traub’s success this season earned him a partial scholarship. To make ends meet as a full-time student, he works at the grocery chain Aldi. Returning to work, with all the risks it posed, was something Traub grappled with.

“Don't think anyone's not scared. Definitely was nervous about it. Everyone working there was kind of not really knowing what to expect, how safe they were,” Traub said.

But at Aldi, he’s earned new recognition as well.

“The other day was ringing someone's groceries, and he hands me a five-dollar bill as a tip and I'm thinking, 'OK, OK -- let's ring the next person. Who else wants to come over here?” Traub said.

With no wrestling in sight, Traub spars against his younger brother and watches video of matches to stay sharp.

“Definitely more than I thought I could ever accomplish. Excited to get another chance to come back and go to the big one,” Traub said.