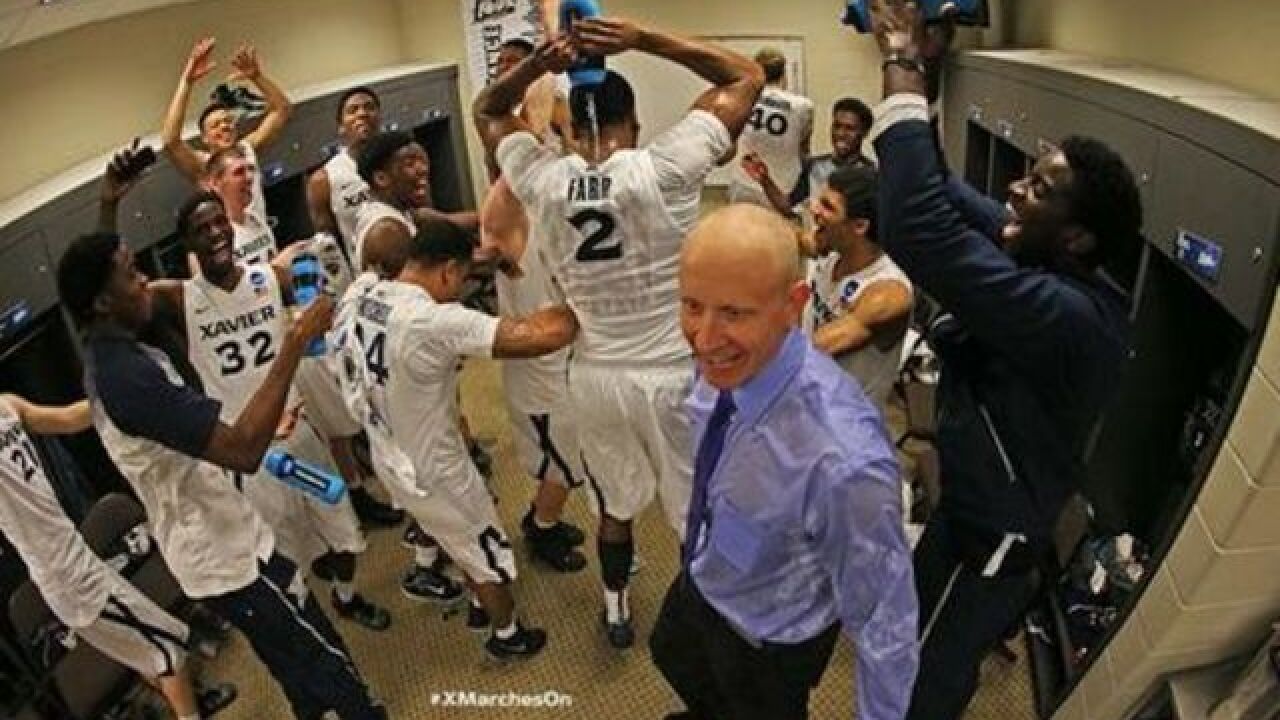 <p>Xavier coach Chris Mack is doused as players squirt water bottles during a locker room celebration after beating Georgia State in the Round of 32 in the 2015 NCAA Tournament. (Xavier Athletics)</p>

CINCINNATI – Never mind the slight from his fellow Big East coaches. Xavier basketball coach Chris Mack is probably happier with the award he got.

Ironically, on the same day Big East coaches picked Villanova's Jay Wright and  Seton Hall's Kevin Willard as conference co-coaches of the year, the U.S. Basketball Writers Association picked Mack to receive the Henry Iba Award as the top coach in the country.

Mack, a 1992 Xavier graduate and former two-time team captain, is the first coach in school history to win national coach of the year honors.

Mack deserved both awards after guiding a team unranked in the preseason to its current No. 5 ranking, a 26-4 record and a win over then No. 1 Villanova two weeks ago.

The Henry Iba Award is named in honor of the legendary Oklahoma State coach who won 655 games and two national championships. The award is voted on by all members of the USBWA at the conclusion of the regular season. The USBWA has presented a national coach of the year award each year since 1959.

Mack, 160-75 (.681) in seven seasons, ranks second all-time in career wins at Xavier. Mack led the Musketeers to five NCAA Tournaments in his first six years and is  the only Xavier coach to take three teams to the NCAA Sweet 16.

Mack will receive the Henry Iba Award at the College Basketball Awards gala and dinner in Oklahoma City on April 11.