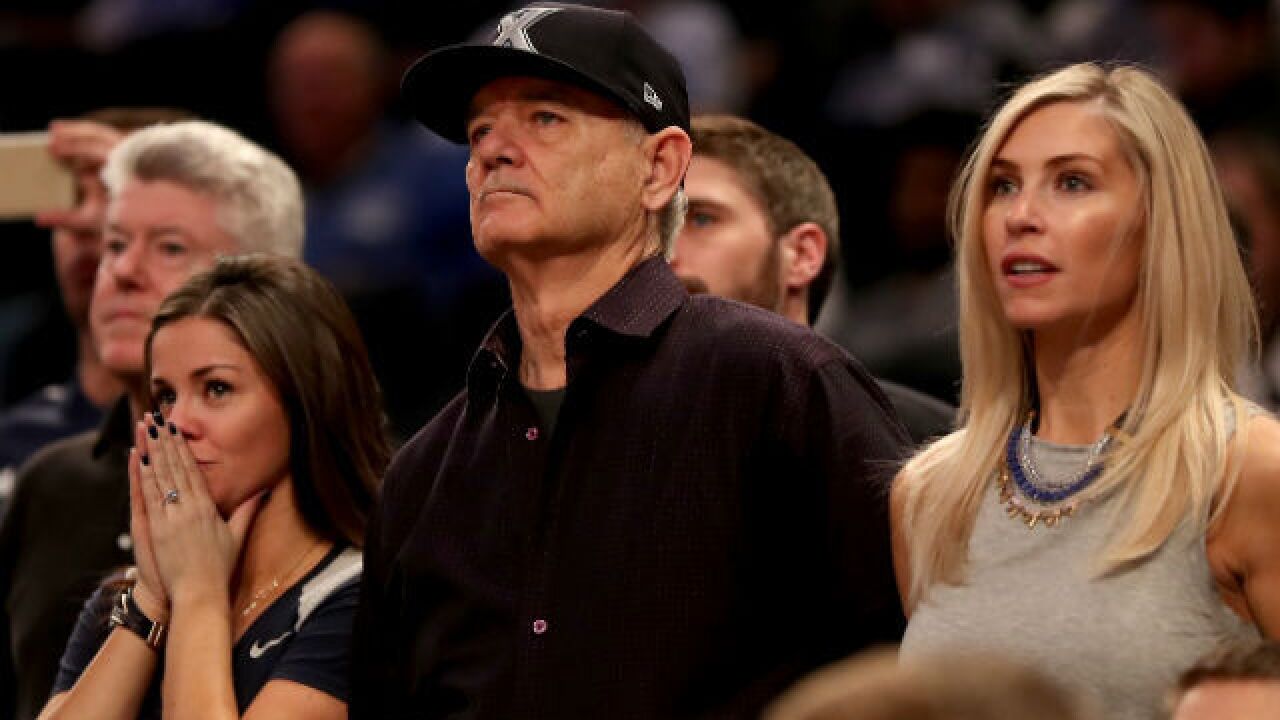 <p>NEW YORK - Actor Bill Murray cheers on the Xavier Musketeers as they take on the Seton Hall Pirates during the semifinals of the Big East Basketball Tournament on March 11, 2016 at Madison Square Garden. His son, Luke Murray, is a Xavier assistant coach. Xavier lost 87-83. (Photo by Elsa/Getty Images)</p>

"They did what they do to a lot of teams; that is, they punked us," coach Chris Mack said.

It was Xavier's second loss to Seton Hall in two weeks and dropped the Musketeers' stock in the NCAA Tournament. As of Saturday morning, Xavier (27-5) had fallen from a No. 2 seed to a  No. 3 with both ESPN's Joe Lunardi and Jerry Palm of CBSSports.com. The Musketeers dropped from sixth to eighth (still No. 2 seed territory) in the NCAA Ratings Percentage Index.

The third-seeded Pirates (24-8) led by as many as 17 points in the first half, beating Xavier to loose balls and converting steals into easy baskets. And when the Musketeers made a second-half run, Isaiah Whitehead kept answering with big plays.

The Pirates earned their first berth in the Big East championship game since 1993 — before all but one of their current players were born. They face third-ranked Villanova in Saturday's championship game. The Musketeers were seeking to reach the final for the second straight year.

Freshman Edmond Sumner led the second-seeded Musketeers (27-5) with 21 points but shot just 7 for 23.

With the score tied 13-13 just over seven minutes in, Derrick Gordon scored on two straight fast-break layups to spark a 21-4 Seton Hall run. After Carrington hit a jumper, the Pirates got two offensive rebounds on their next possession, with Michael Nzei slamming home the second. Moments later, Gordon's steal led to a fast-break layup by Carrington, who then hit two consecutive 3-pointers.

Xavier went scoreless for three minutes during the spurt as Seton Hall built a 34-17 lead.

Seton Hall scored 15 points off takeaways in the first half. The Musketeers had more turnovers (13) than field goals (nine) at the break.

"We let them force us to turn over the ball and then we took quick shots," said Trevon Bluiett, who had 15 points. "I know our game plan was to come in and kind of value our possessions, and I think we kind of strayed away from that."

Xavier had nine field goals in the first eight minutes of the second half and started to fluster the Pirates with its 1-3-1 zone. But the Musketeers never got within one possession thanks to Whitehead. He hit a 3-pointer after they pulled within five with more than 12 minutes left, and two possessions later, after Xavier had climbed within four, he spun through the lane for another clutch basket.

Whitehead then blocked the shot of Sean O'Mara, who is 6 inches taller, as Seton Hall started to pull back away, aided by missed four missed free throws by the Musketeers.

"He's a monster," Mack said. "He's the best player in the league. Put that down."

Up 14 with two minutes left, the Pirates created some tense moments for their fans who had Madison Square Garden rocking. Seton Hall committed five late turnovers, and the Musketeers had a chance to pull within four with 21 seconds left. Kaiser Gates hit only 1 of 2 free throws, though. Xavier then nearly got a steal, but Gordon was able to corral the ball and was fouled.

Seton Hall had a whopping 25 turnovers but shot 51.8 percent from the field and held Xavier to 34.9 percent.

Xavier's Myles Davis went down hard when he got his layup blocked early in the second half, but he came back in after a brief rest.

Actor Bill Murray, whose son Luke is an assistant coach for the Musketeers, again sat behind the bench in an "X'' cap.

RELATED: Bill Murray whips up the crowd at Xavier game