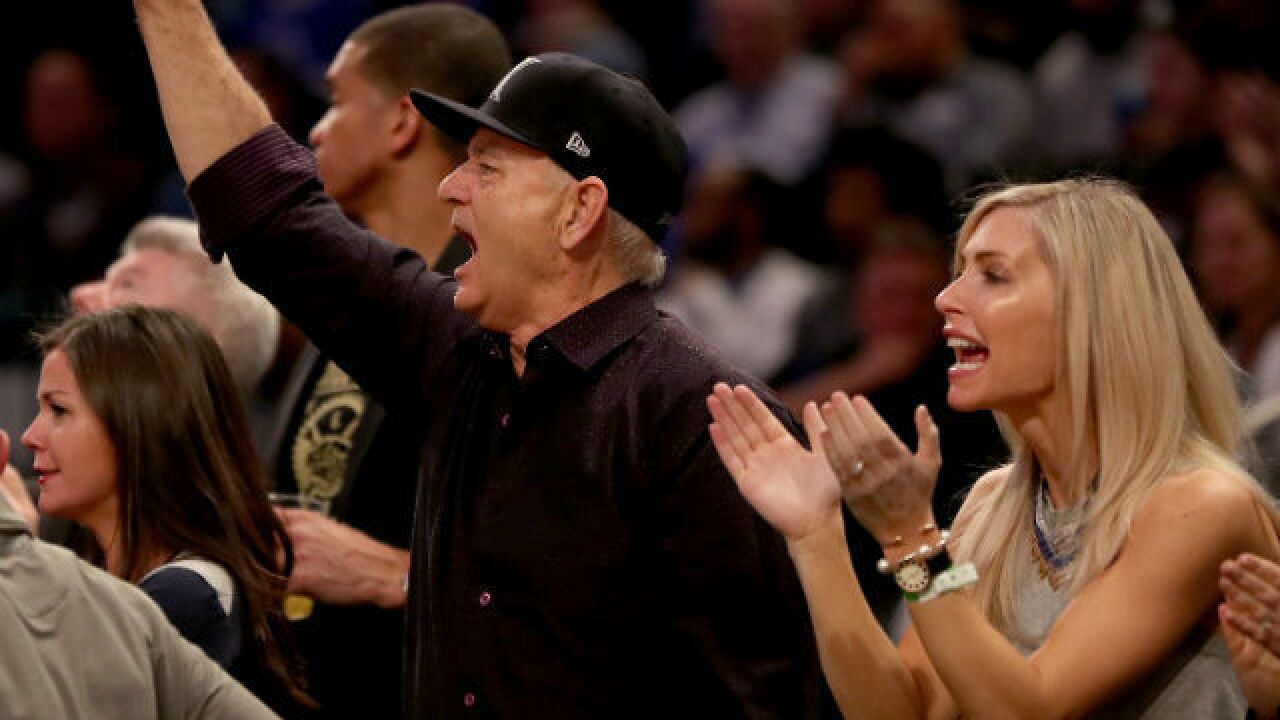 <p>NEW YORK - Actor Bill Murray cheers on the Xavier Musketeers as they take on the Seton Hall Pirates during the semifinals of the Big East Basketball Tournament on March 11, 2016 at Madison Square Garden. His son, Luke Murray, is a Xavier assistant coach. Xavier lost 87-83. (Photo by Elsa/Getty Images)</p>

NEW YORK – Xavier basketball's most famous fan was following the Musketeers at the Big East Tournament this week.

Actor/comedian Bill Murray was wearing a Xavier hat, sitting behind the XU bench and pulling for his son's team the past two nights. Luke Murray is an assistant coach.

Murray was trying to get the Musketeers going Friday night, but they fell in the second round to Seton Hall despite a second-half rally.

Murray and Xavier fans had plenty to cheer about Thursday and he put his own twist on the  "X" cheer during the Musketeers'  90-72 win over Marquette.

After the game, Luke joined Bill in the stands to "scout" the Seton Hall-Creighton game.

Since Luke Murray joined Chris Mack's staff at Xavier this season, his dad has attended least five Xavier games, including XU's win over No. 1 Villanova at the Cintas Center last month. Murray sat with Xavier fans at the CIntas Center and posed for pictures. The student section chanted his name.

Murray has also watched Xavier games at Villanova on New Year's Eve and against Southern Cal in a holiday tournament at Disney World on Nov. 27.

Expect to see him at the NCAA Tournament starting next week – if he can snag some tickets.